Remember how I told you I never take Asa on dates alone? Well, what do you know, it happened this week. I was invited to take the whole family to the circus on Thursday. Lydia had a fever from Monday to Friday (It got up to 104.5, y’all!) so she couldn’t very well go. But poor Asa who was not sick had been stuck in the house and just chomping at the bits to see the circus. So, I kissed a feverish and very sad little girl good-bye as Asa and I went on our first date! 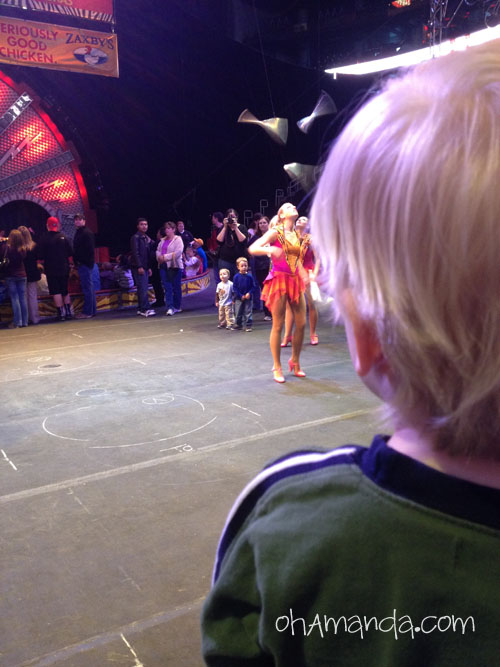 We were crazy late to all the beforehand bloggy/pr stuff because my husband couldn’t get off work early enough. But we got there just in time for the pre-show! This is an all-access show where you just GO ON THE FLOOR of the circus and interact with the clowns, try on costumes, walk on a tightrope, watch jugglers and more. It was waay cool. Asa was a little freaked by seeing the clowns so close, but when I asked him what his favorite part was he said, “When we got to go DOWN THERE.”

We grabbed a hamburger and fries–which was a real treat for Asa. He may have liked that most of all! Once we were settled in Row L, seats 1 and 2, the friendly  neighborhood spinning light toy salesman stopped by. And when I say he stopped-he STOPPED. 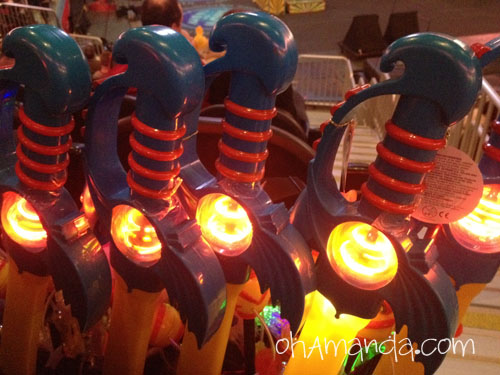 And I was such a sucker, I let Asa pick whatever he wanted. 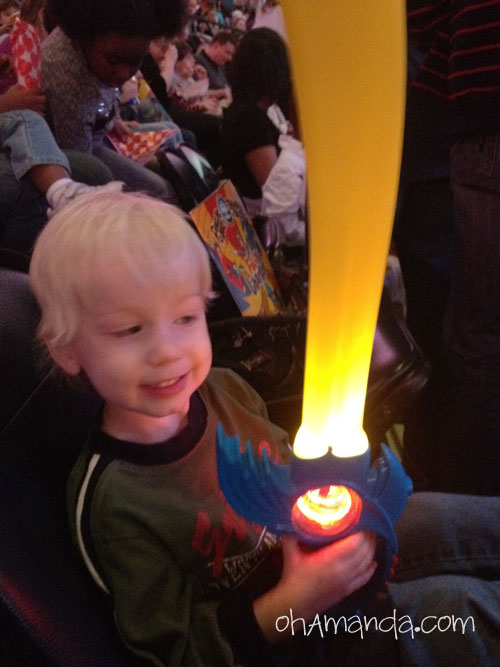 I’ve been to the circus several times the past few years. And every year I’m impressed. This year’s Supercharged show was just as fun. I honestly laughed out loud and gasped with surprise several times. These running, flying, flipping, wheel running Fernandez Brothers might have been my favorite. We were so close I could see his eyebrows lifting and his mouth smile when he landed a jump! 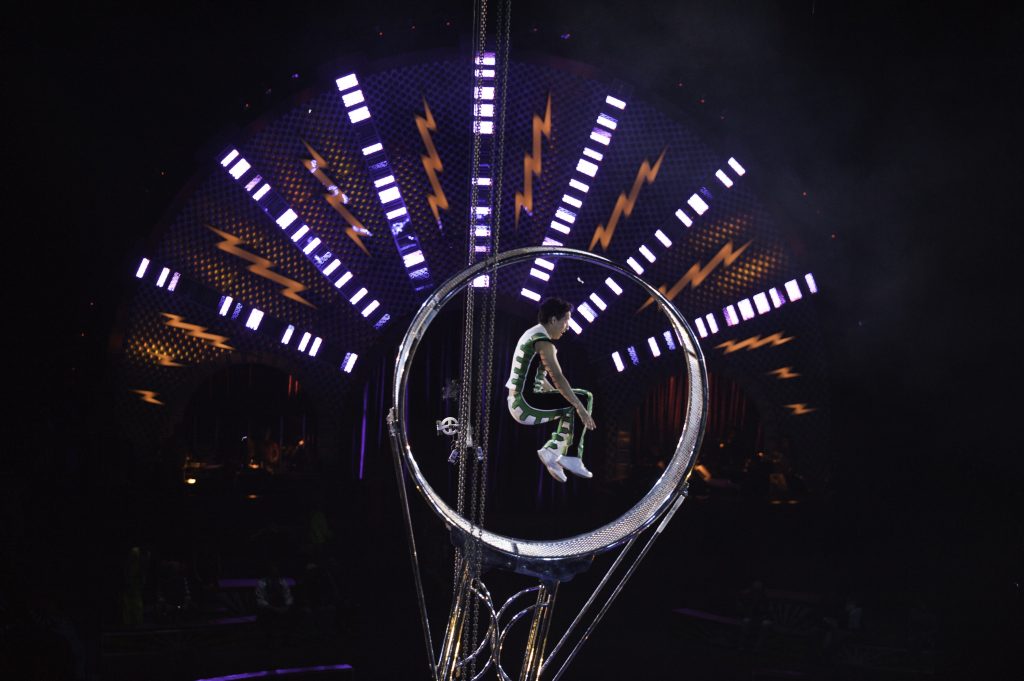 These crazy acrobats on Alimgluov’s Big Bike were the most fun for Asa. They were flipping, jumping and sliding all over that bike! 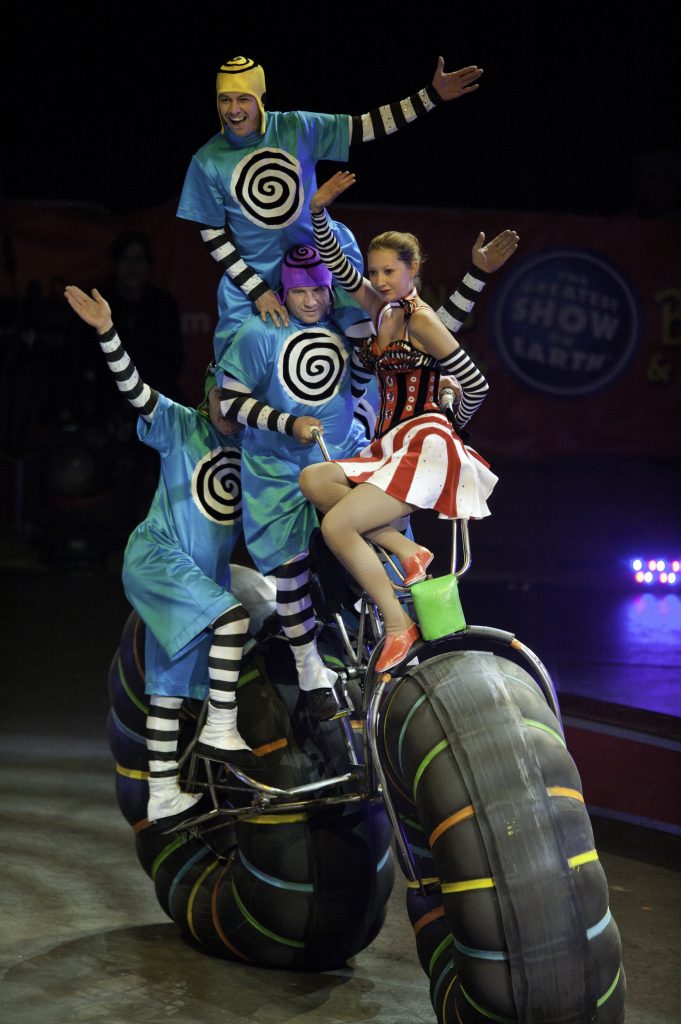 Plus there was a human fuse who lit himself on fire and was shot out of a giant crossbow, dancing elephants, tigers, strong men and clowns. Seriously! It was so fun. Plus, I have this romantic idea that working for the circus is kinda like Dumbo or Water for Elephants. I just love being around the whole environment!

So our first Mommy-Son date was a hit. As we walked to the car, Asa said, “I’ve never been on a date before!” I didn’t tell him I’d never let him go on a date with anyone else but me. *wink*

disclosure: i was invited to the circus as part of the media.