Les and I are trying to do more one-on-one “dates” with our kids. When he and Asa go out, they call it Boys Club. When Lydia and I go out, it’s Girls Day/Night Out. When Lydia goes with Les, it’s a date. When I’m with Asa alone, it’s called Put-Him-To-Bed-Early. Just kidding. I don’t think I’ve taken him anywhere alone. We spend all day Monday and Wednesday alone while Lydia is at school. I think that qualifies. 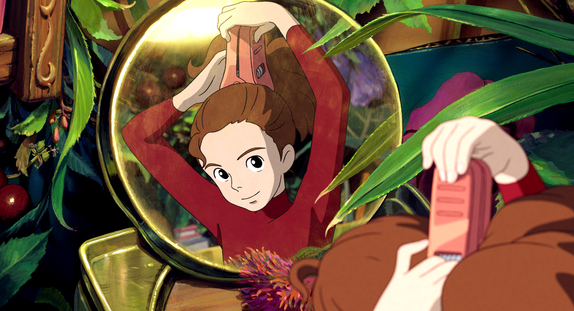 Anywhoo. Saturday was Girls’ Day Out! I got an invite to see a pre-release of The Secret World of Arietty. It’s based on the book The Borrowers, which Lydia and I read this year! OK. Well, we didn’t read all of it. It was such hard reading I couldn’t finish it!

Has this happened to you? Books I read as a kid, I pick up to read aloud to the kids and I can’t believe how difficult or old-fashioned they are! Five Little Peppers? Little Women? Ballet Shoes? We picked all these up and never finished them because either she wasn’t interested in them or I couldn’t read them out loud! What’s happened to me?

Where was I? Oh yeah, I knew Lydia would want to see this because in spite of the hard reading, she was really interested in all the Borrower’s fun inventions. Plus, the screening was at one of those diner-movie theaters where you have a waiter and can eat a full meal at your table in the theatre!

However, at the last minute, Les got a call for work and every single person I knew either didn’t answer their phone or was too busy to take care of Asa. So, he had to come to Girl’s Day Out with us.

Lydia really really liked the movie. It felt like the book. It was a simple, sweet story of the little people who live under the floorboards and the little boy who wants to get to know them. And it was a good, solid G-rated film without nonsensical action or bathroom humor. 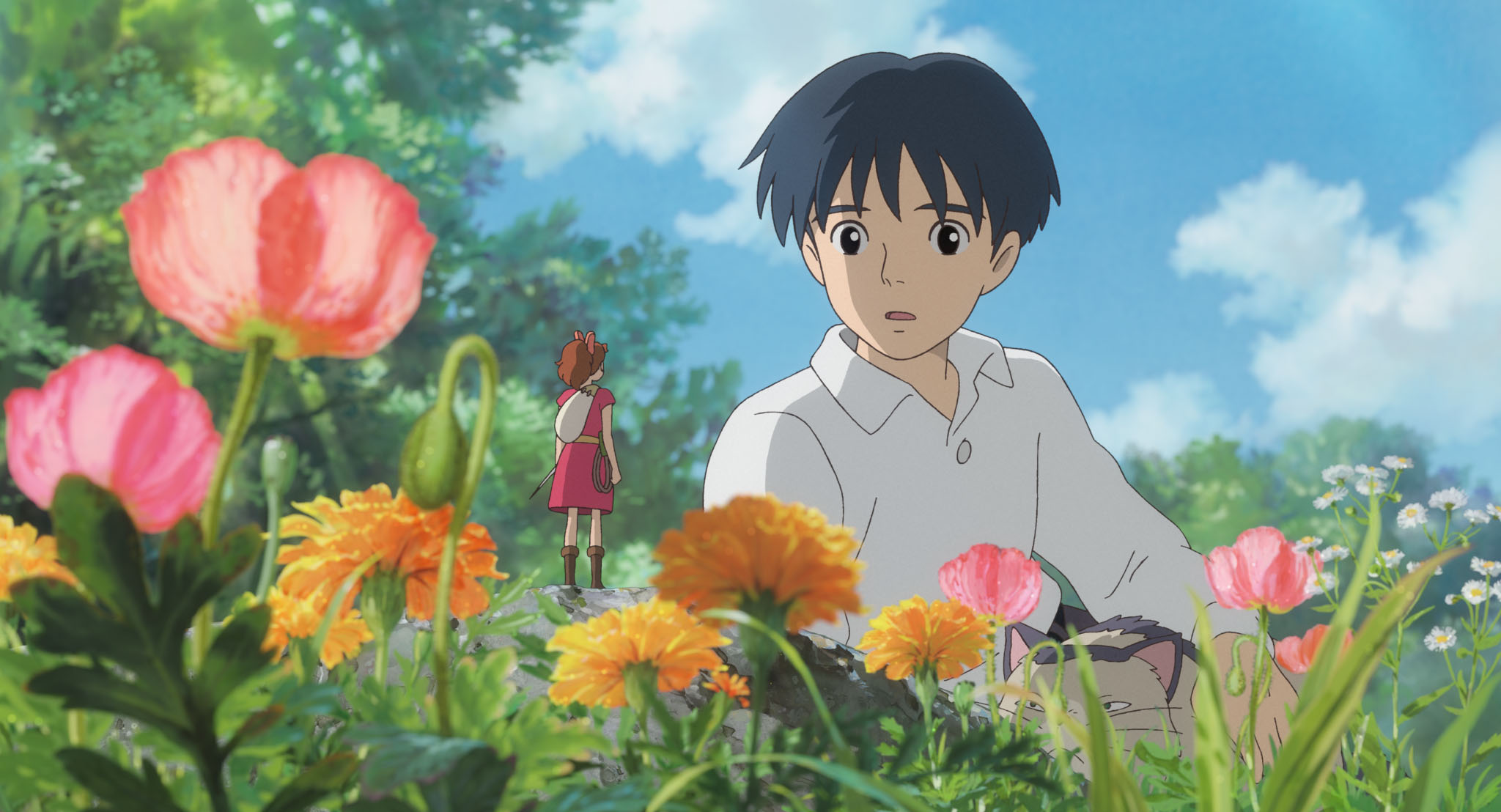 The movie was actually released in Japan in 2010 and was the top-grossing film that year. So, it’s got the japanamation thing going on with the pretty cartoon-scenery and the wide-eyed characters. And there was lots of music. Not like a musical, but like an introspective, emo score. Asa kept saying, “When are they going to stop singing?!”. He was not impressed.

But Lydia and I liked it. It was girly, magical and a little girl-power, too. Perfect for a Girl’s Day Out!

We finally got home and laid Asa down for a nap. Then when Les got home, Lydia and I left to finish up (or actually begin) our Girl’s Day Out. We visited one of those paint-your-own-pottery places because Lydia said, “Mommy, I’ve always wanted to do that!” (She’s done it twice before, but was too little to remember!) 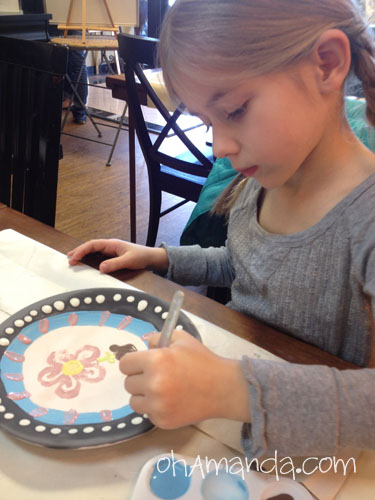 She made an adorable plate, which she thought about long and hard. I made a trivet with our handprints on it! *sniff* 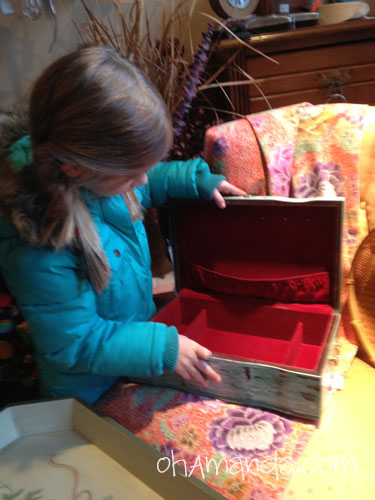 Then we went shopping! We strolled up and down our cutesy local downtown area and visited antique shops. Lydia loved it! (Yahoo! I can’t wait to go antiquing with her!) My favorite part was when she saw an old radio and said, “I thought this was an oven!” 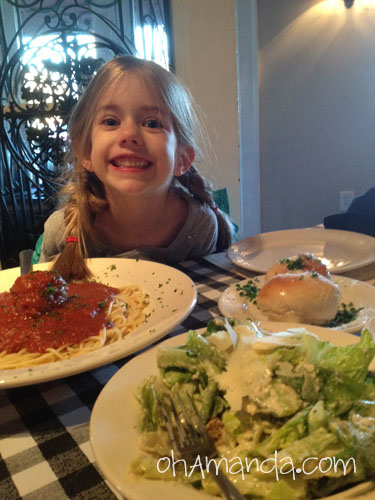 Dinner was at a cozy Italian restaurant where we shared spaghetti like Lady and the Tramp! (Only my little vegetarian wouldn’t eat the meatball.)

We finished the night with a mini-brownie from Atlanta Bread and snuggling on the couch watching TV until the boys got home from Boys Club.

I loved being with my girl all alone. She giggled, squeezed my hand and jumped up for me to carry her. This won’t happen forever, so I’m laying down love and quality time now so she’ll expect it and desire it when she’s older!

Do you dates with your kids?

disclosure: I attended the movie as a member of the press. I was not compensated in any other way. I am also wondering if Roger Ebert has to disclose this in his movie reviews?