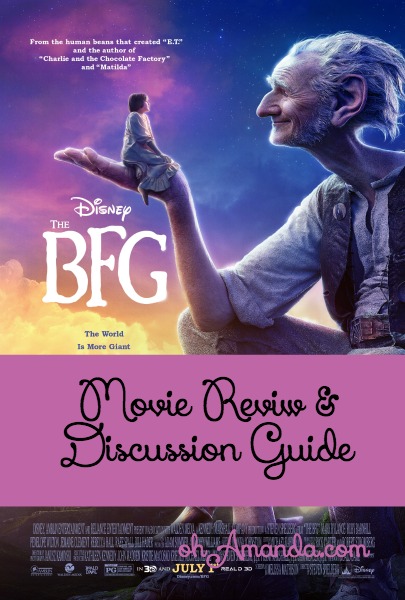 When I was in 8th grade my English teacher read a chapter of The BFG to us every day. How great is that? Last year I read the book to the kids and they loved it. It has silly words (snozzcumbers, swizzfizzling, humblehammers), hilarious conversations and memorable characters.

No wonder Steven Spielberg (STEVEN SPIELBERG) wanted to turn it into a movie! You really need to see some of the fun behind-the-scenes videos about the making of this movie because it is fascinating. Asa and I saw the movie before it came out and I we really enjoyed it. I love movie dates with my boy. 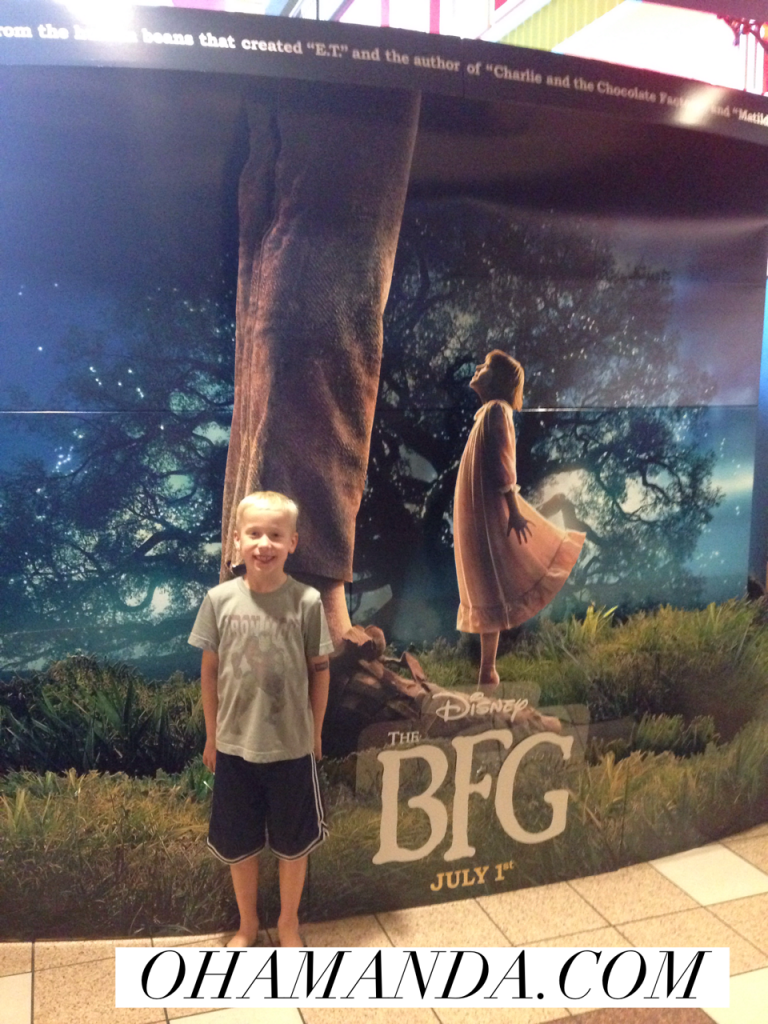 Why You and Your Kids are Going to Want to See The BFG:

1. It was beautiful! The BFG collects dreams and the colorful, wispy dreams are absolutely mesmerizing. 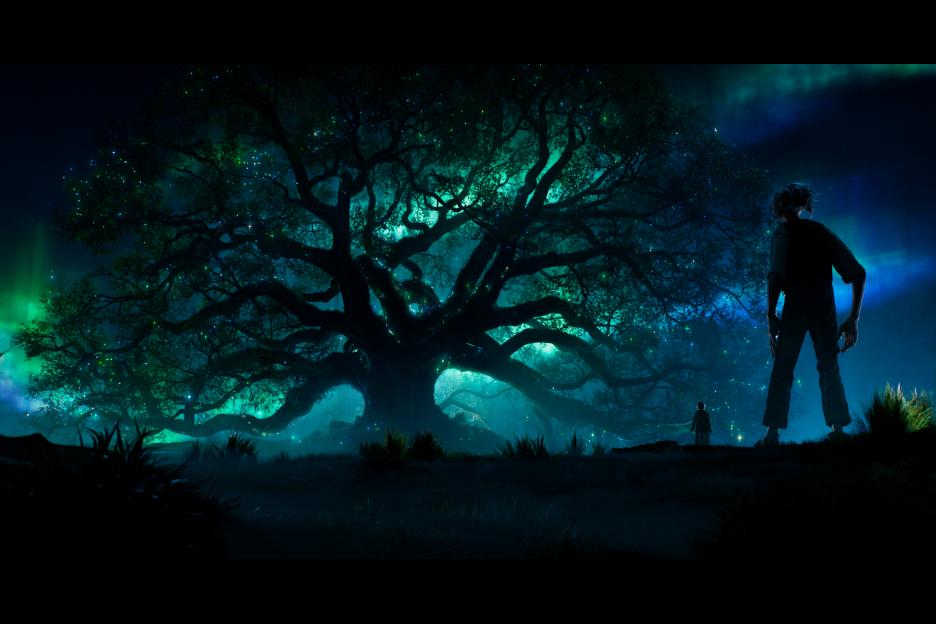 2. The BFG is the sweetest. 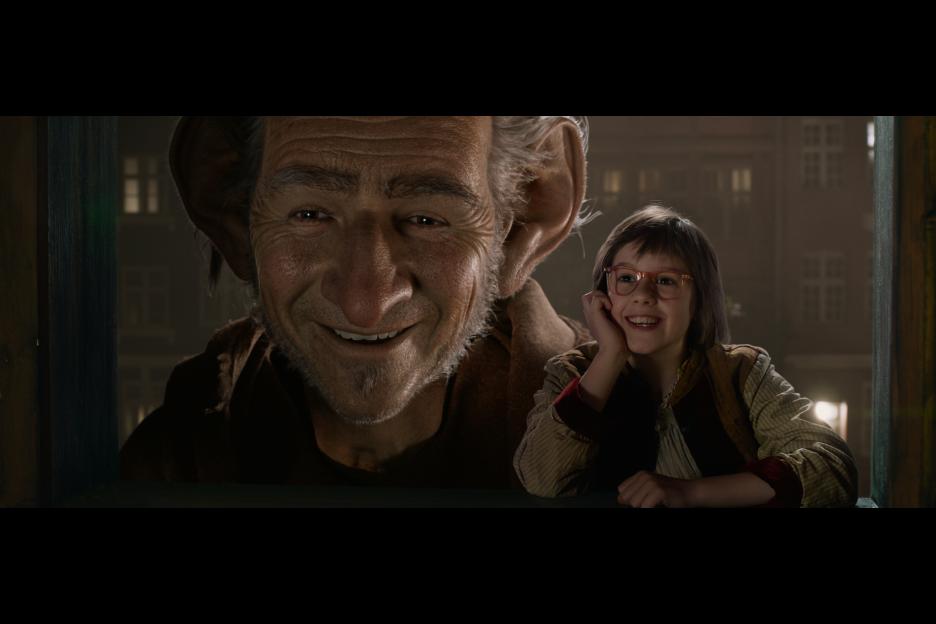 He’s a soft, bumbling, lovable, kind, thoughtful giant and you can’t help but fall in love with him.

3. It’s based on Roald Dahl’s book! I love the quirky stories of Dahl and I feel like they really kept to the feel and heart of the original BFG book in this movie. There were definitely some differences but I didn’t mind them at all.

Why You and Your Kids Might NOT Want to See The BFG: 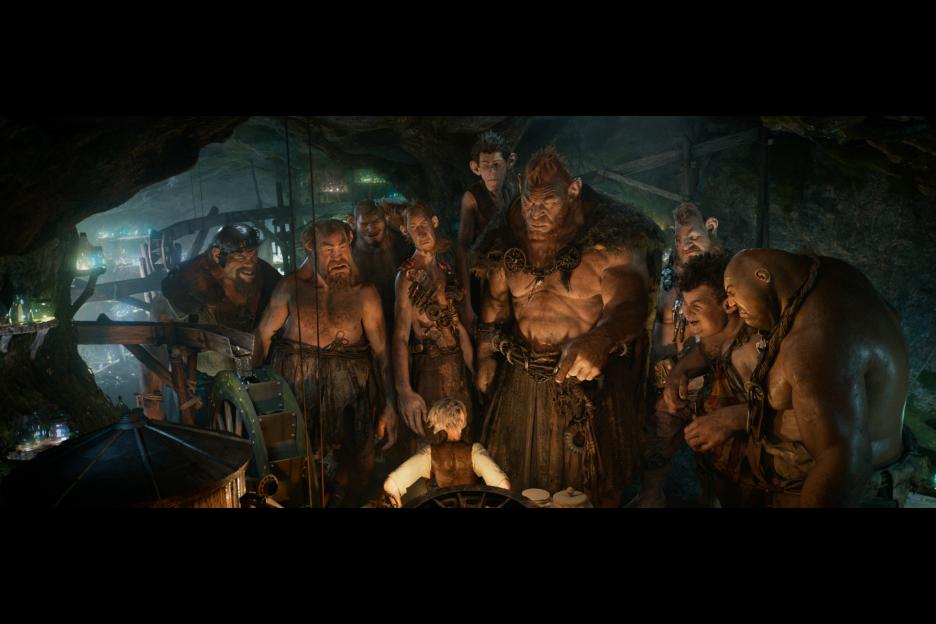 So. Yeah. The giants are a tad bit scary. I was with my 7 year old son and he didn’t find them too-scary. But if you have a sensitive child, they could be a little much. I was afraid they’d be like the Lord of the Rings orcs, but they were much less creepy than that. Not as gentle as Tangled’s Thugs, but not nightmare-inducing, in my opinion.

It’s certainly not an intense movie with dark themes. But it is about giants who eat kids. Plus, a big friendly giant who sneaks around at night to blow dreams into kids windows while they are sleeping. Although none of it is shown in a completely frightening way, there is definitely some literal darkness to it.

If you’ve read the book, I’m sure you remember “whizzpoppers”. It’s the opposite of a burp, ok? There are two scenes involving whizzpoppers and they were on the hilarious side instead of the revolting side. BUT, it is a whizzpopper.

I loved it. I felt totally immersed in the book from the very beginning. I’ll admit there were some slow parts, but the slowness made me like it more. It felt like a book.

The intense scenes and bathroom humor had the levity and offbeat humor that Roald Dahl brings to all his books. I felt like they made it exactly as it should be without turning it into a 2016 version of the book.

I would say it’s an elementary aged movie. It’s probably too big, loud and dark for preschoolers.

To Talk About & Some Fun Family Time Activities: 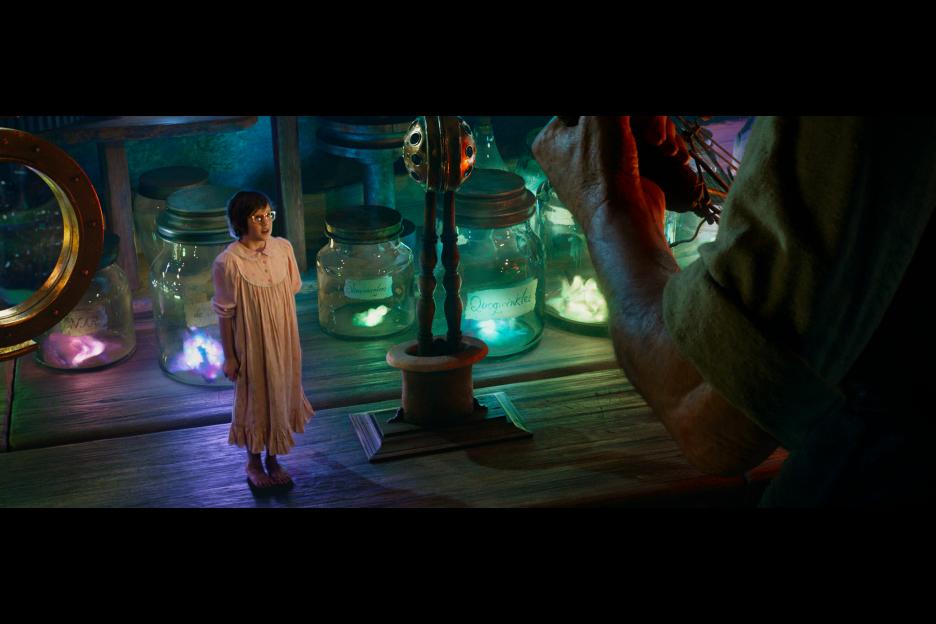 The BFG collects dreams and then gives them to kids. He looks for good dreams and delivers them to kids who are lonely or sad. Where do you think dreams really come from? What’s the craziest dream you’ve ever had?

Sophie had her own dream–when BFG listened to it, he heard all the hopes she had for her future. What dreams or hopes do you have for your future? Did you know God has already thought about them, too? Read Ephesians 2:10 and Jeremiah 29:11. How do these verses make you feel about God and your hopes/dreams for the future?

Find an old jar, some paper, scissors and a pen. On a strip of paper write the above Scriptures and write a prayer or dream/hope for your future. Place the strips in the jar. On the outside write (or make a label) that says “Sophie’s dream” but insert your name instead. 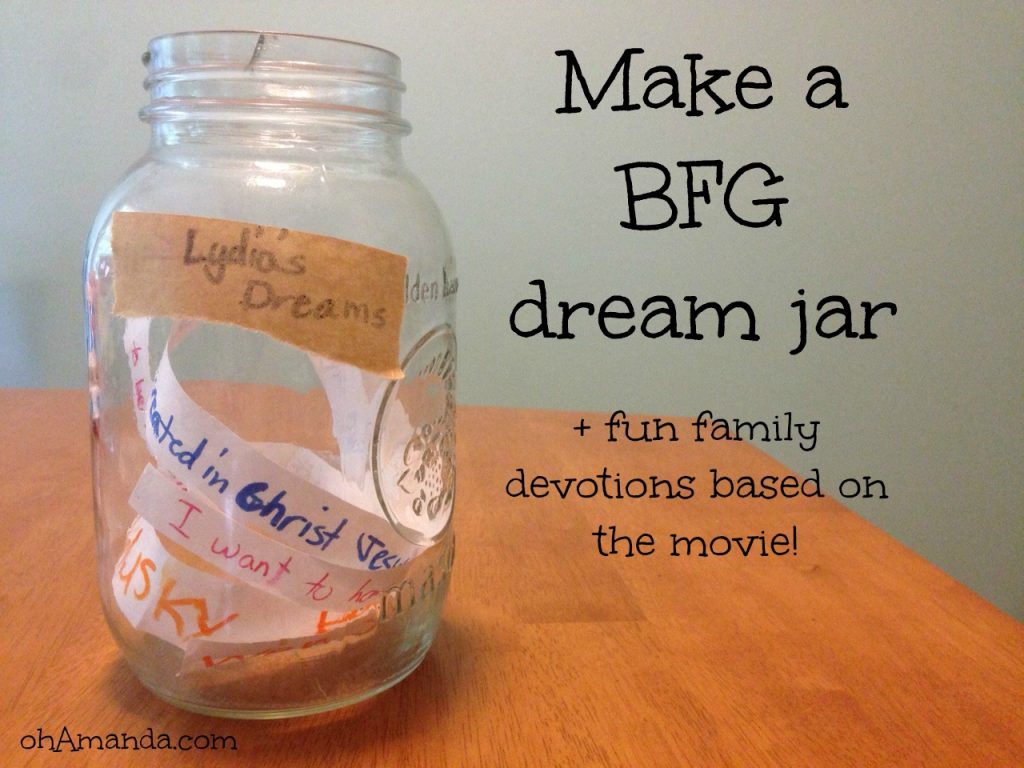 Keep it in a special spot and whenever you see it remind yourself of God’s dreams for you or say, “Thank you, God for having good dreams for me!” Make it more fun by using watercolors or adding glitter to your paper or jar. 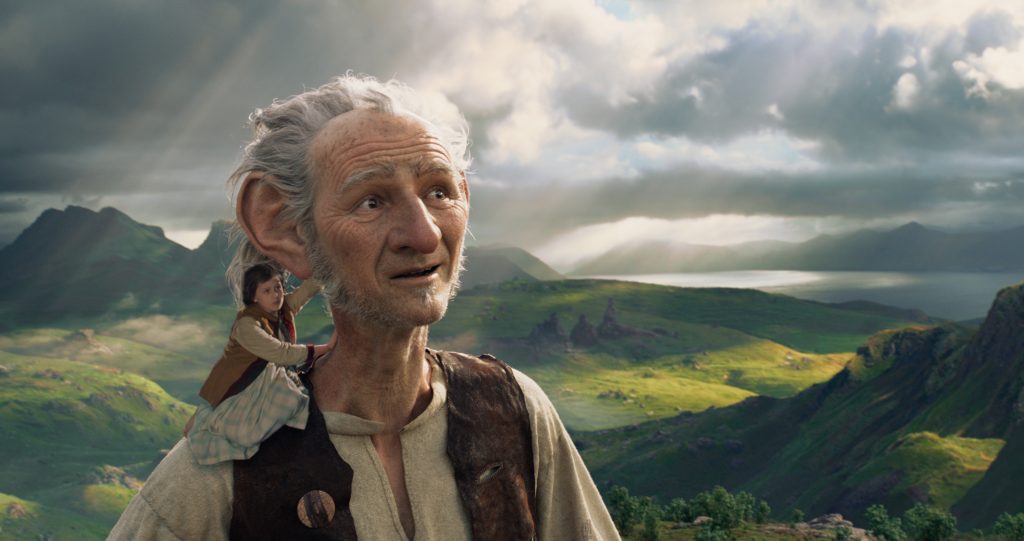 The BFG had big ears. Do you remember some of the things he could hear? (Ants, ladybugs, kids’ hearts beating, etc.) He could also hear sadness or loneliness in their hearts. When the BFG left Sophie at the orphanage, she called out to him knowing he could hear her. She eventually jumped out the window because she knew the BFG would catch her.

Read Deuteronomy 31:6 and Psalm 34:17. What do these verses make you think about God listening to you? Does he hear you? Will he leave you or forget about you?

Make some funny BFG ears (like these or these) and wear them around today to remind yourself how God hears even more than the BFG! (Or draw a picture of someone with really big ears and write “God hears me” on the paper. Then hang it up on the fridge to remind yourself!)

If you see the movie or do one of these activities lemme know what kind of conversations you had with your kids. I’d love to know what other ways this movie led you to talk about God and His Word!