You are here: Home / movies / Disney’s Frozen: A Mom’s Review

I saw Disney’s newest animated movie, Frozen last night. And you know I love Disney with all of me. You know I love seeing a movie before it’s actually released. And you know I’ll be truthful (and nitpicky) with my review. My review of Brave had over 51 comments and most of them said, “OK. Now I won’t see the movie.” I’m sure Pixar is eternally grateful that I reviewed the movie for them!

Here’s the thing–most family movie reviews focus on how many cuss words and if there’s any drinking. I want to know all the little things–do siblings hate each other? are the guys ogling girls? are the parents stupid? These are the things I’m going to put in this review. I’m just warning you so you don’t finish this post and say, “Good grief. She’s going a little overboard.” I’m not. I’m just telling you the little details so you can decide if it’s right for your kids to see. You are the gatekeeper to your children’s hearts and mind! Be wise in what you let in!

(All that sounded awfully serious, didn’t it?!)

First of all, let’s begin with “Get a Horse!” the short featurette before the movie. And pretty much, I was sold from there. Old school, vintage-y Mickey and Minnie?! It was so perfect. I’m not going to give away the fun of the cartoon but if you love classic Mickey Mouse with all the slapstick humor and falsetto voices, you’ll love love love this!

Now. Let’s get to Frozen. Ready?

Here’s what happens in the first 5 minutes…

If Tangled was about parents wishing for their child and Brave was about a mom and daughter’s relationship, then Frozen is about two sisters. Anna, the gregarious extrovert and Elsa the quieter big sister. However, Elsa has magical powers–she can create snow and frost with her hands!

She and Anna use the ballroom of their palace to make a winter wonderland complete with funny snowmen, snowflakes and snowdrifts. Then Elsa accidentally hits Anna in the head with her snow powers and Anna is knocked out–feared to be dead! 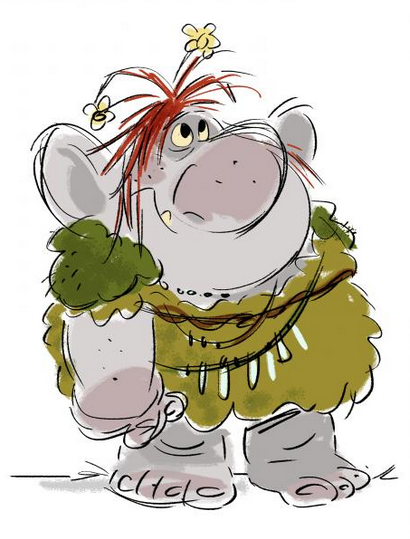 Anna and Elsa’s parents rush her to a group of trolls (super cute and funny trolls) who heal her head but erase her memories of Elsa’s magical powers. Elsa and her parents decide to hide all traces of Elsa’s powers. This drives a wedge between Anna and Elsa as the younger sister cannot understand why her big sis is so distant.

{and bigger spoilers in this paragraph} 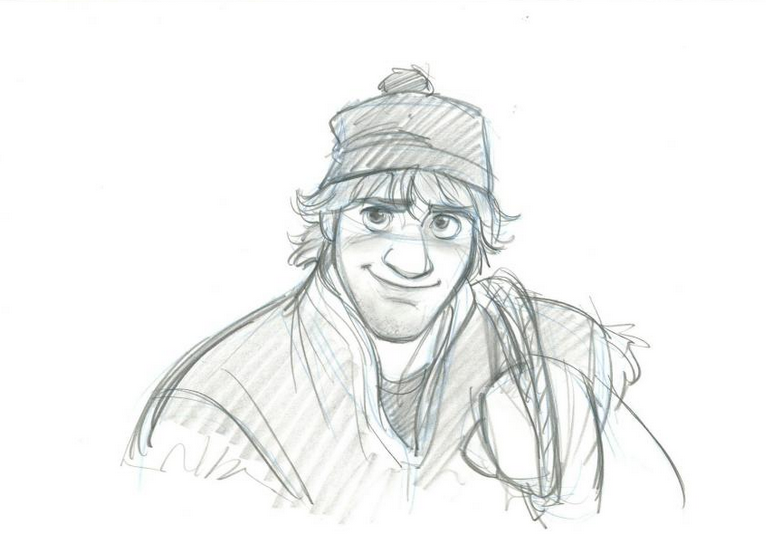 On the day of Elsa’s coronation, Anna is ecstatic with finally opening the doors to the castle and inviting people in. She meets a Prince and falls in love and gets engaged. This makes Elsa so mad, she loses control and covers the village and fjord in ice. She then runs to hide in her new ice palace in the mountains. Anna runs after her and meets up with rugged Krisotff and his reindeer, Sven. The almost-engaged Prince stays at the palace to keep the peace.

{and HUGE spoilers now. You might wanna skip to the next section…}

When Anna finds Elsa, Elsa’s snow power hits Anna in the heart–freezing her heart which will eventually freeze her completely. Kristoff takes her to the trolls (who try to marry them to each other) and tell them the only cure is “an act of true love”. So, of course, Kristoff rushes to take Anna to her new Prince…of course realizing that he himself is in love with Anna.

In the end, the Prince is a slimy crook hoping for Elsa’s crown and tries to kill her. But before he strikes the death blow, the almost-frozen Anna jumps in front of Elsa to sacrifice herself. She immediately turns to ice and Elsa is devastated. But, in the vein of Beast and Flynn, in a few seconds Anna is brought back to life. The “act of true love” wasn’t  true love’s kiss but the sacrificial act of a sister.

Why you and your kids will want to see Frozen…

1. Norway. How fun to have a movie in Norway! The first song is sung by ice cutters and it’s just thrilling! I loved the buildings, the clothes and accents.

2. Olaf. He’s the funny snowman you’ve probably seen in the previews. You’d think he’s kinda the snowy version of Shrek’s Donkey. Instead he’s the embodiment of Ann and Elsa’s childhood bond. And the sweetest, most naive little guy you’ll ever meet.

3. Sisters. I firmly believe cultivating strong, healthy sibling relationships is one of the best things we can do for our kids. If they can learn to love, depend on and encourage their siblings, it will be practice for future relationships! This movie was all about loving, protecting and being faithful to your siblings.

4. No romance. This movie wasn’t about finding the man of your dreams. It was about saving your sister. The final big scene wasn’t a man and woman kissing–it was two sisters hugging!

5. Music. Oh, the music! This was a musical. Like a musical musical where people are singing about opening doors and walking across the room. Love.

6. Snow. The snow was so pretty! When Elsa used her powers, it was gorgeous!

**updated to add #7 because I saw the movie again on Thanksgiving!**

7. Self-Control. When the trolls heal Anna’s memories as a child, they also give Elsa a warning. If she doesn’t learn to control her powers and gives into fear, there will be chaos and disaster. When Elsa does cause chaos and Anna tries to convince her to help her melt the snow, Elsa realizes she has let fear take over her life. It was a big big object lesson about self-control and letting fears run wild.

Why you and your kids might NOT want to see Frozen:

1. Snow monster. When Elsa is in her ice palace, she creates an snowy ice monster to keep everyone away. He was kinda scary. My timid 7 year old is not going to like him. He has 2 roaring-snarling scenes.

2. Romance. I know, I said there was no romance. But there kinda was. When Anna meets her prince at the coronation party, they fall in crazy love (the song is hilarious!) and decide to get married right away. There is much talk about true love, falling in love in one day, engagement, true love’s kiss, first kiss, etc. It’s definitely shown to be silly and not a good idea (Kristoff is appalled!) but I know my kids are not going to get it. Especially because the Prince is super cute and nice at the beginning. He’s not Gaston, where even though he’s attractive he’s a jerk. This guy is cute and nice.

3. Magic. There is no explanation to why Elsa has magical powers or everyone knows and trusts trolls. There is no “bad magic” in it–Elsa does not turn into an evil queen or anything. The magic kinda reminded me of Sophia the First–they just live in a normal town, it just happens to have flying horses, talking animals and magicians. But if magic bothers you, this is not the movie for you!

A few things that might make you raise your eyebrow:

1. When Elsa finally embraces her snowiness and builds her snow palace, she changes her clothes and Whoa, Mama! She’s got a skin tight, slit up the thigh, off the shoulder dress that shows off wiggling hips and every curve. I think I said, “Dang.” when she walked out.

2. Anna’s excitement at the coronation party is mainly about hoping she meets a man and falls in love. She imagines herself in several romantic scenes (men talking to her, holding out their hand to her, laying on a picnic blanket together, etc.) So, if this is a movie you end up buying and keeping at home, your daughter will be singing about it.

3. Anna and Kristoff do kiss at the end. (And are cartoon kisses getting more real?) 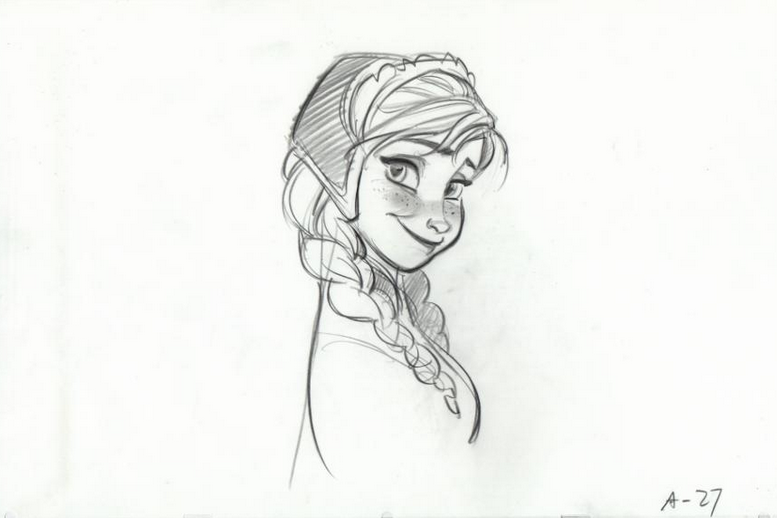 My often-scared-ran-out-of-the-room-when-she-first-saw-Beauty-and-the-Beast 7 year old daughter and my silly 5 year old boy are going to see it this weekend. I thought it was funny, sweet and had a good message. I liked how there wasn’t really an evil magic bad guy. The music was beautiful and the scenery breath-taking.

The characters didn’t have the heart squeeze of Rapunzel and Flynn or Carl and Russell. But they were super fun and I’m sure I’ll be giddy next time I go to Disney World and get my picture taken with Anna.

Updated to add: My kids both loved it. Of course, my son said his favorite was the snow monster. Typical boy. My daughter and I had a great conversation about self-control and fear. They also really did not like the Prince because he “pretended to be good”. I was surprised they’d get his duplicity. Overall, I liked it better the second time I saw it! 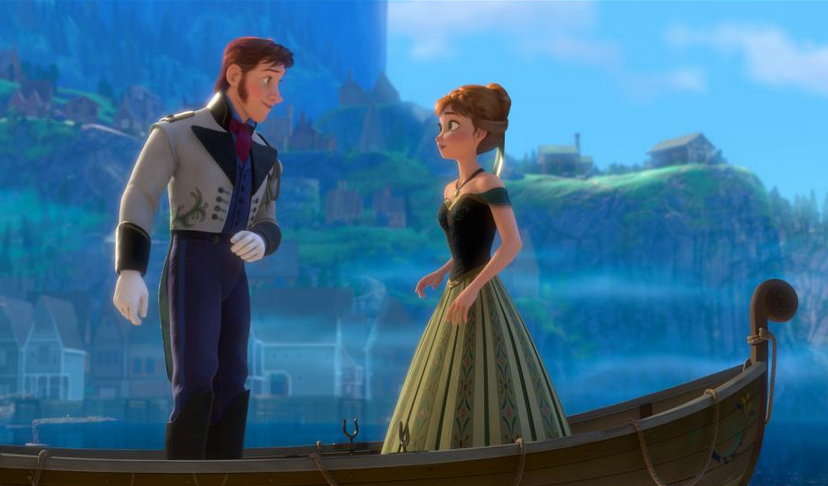 OK. I can’t stop myself. So much of this movie reminded me of Tangled! The village, the decorations in the village, the horses, the boat even the fun, naive awkwardness of the main character. At one point, Anna, the prince and a horse are in a small boat and it could have been Flynn, Rapunzel and Maximus!

Updated to add: I saw Rapunzel as a cameo in the movie! Right when Anna opens the gates and walks out, Rapunzel walks in! Look for her signature pink/purple dress and her new short, brunette ‘do!

My sisterchicks, Staci and Kristen were at the movie with me. In the middle, Staci said, “So, are you taking notes for a birthday party?” Heh. Well, we just did a snow party for Secret of the Wings. But I did love our Tangled party. Maybe a Frozen one would be a good idea. *wink*

So. Are you going to see Frozen? Or no?

I attended Frozen as a member of the media. All opinions my own. All photos property of Walt Disney Company.