You are here: Home / Kids Crafts / Make Your Own Treasure Stones {for Pirates & other Treasure Lovers} 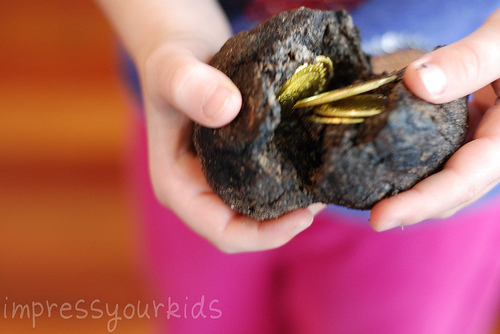 Ever since Asa’s pirate party, I’ve wanted to make these Treasure Stones I heard about from Kid Concoctions. Today, I felt like making something fun and decided to try them with the kids. I think the idea got in my head because Asa wore his pirate hat and pirate sword for most of the morning. He walked around saying things like, “Arrrgh, Mateys! Welcome to yer ship!” (He’s got a pretty good pirate accent for a 2 year old.)

For such a cool craft, the ingredients are pretty easy… 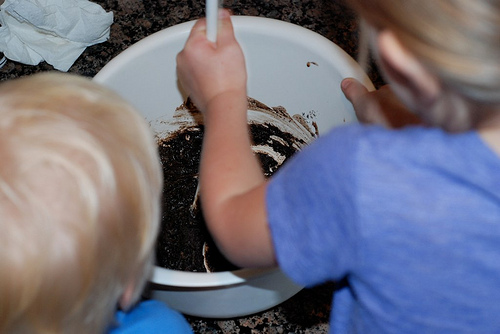 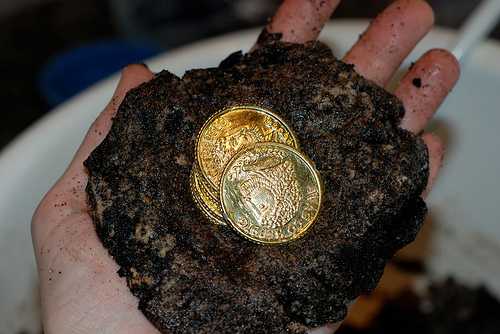 Mix and then form dough into balls. Flatten out the balls and put a treasure inside! I used plastic coins and other “jewels”. But the folks at Kid Concoctions say you can even put candy inside because the dough acts as insulation and the candy won’t melt! 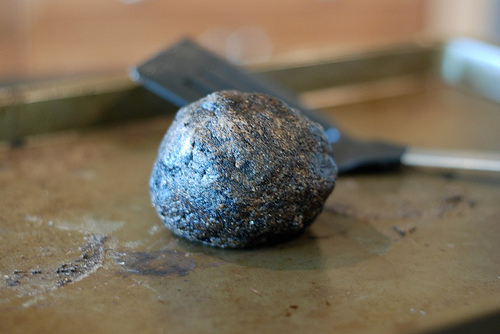 Then roll your treasure back inside the dough and form it into a ball. Bake in the oven at 200 degrees for 40 minutes! They look like actual stones when they come out of the oven. You pull them apart (which is super easy–about like pulling apart a Rice Krispies treat) and find your treasure! 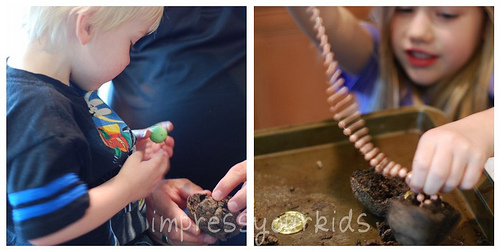 While we were waiting for the Treasure Stones to cook, we read a story from the Jesus Storybook Bible. Jesus paints an awesome picture of how important God’s Kingdom is. And I love the way the Sally Lloyd Jones ends the story, “God had a treasure, too, of course. A treasure that was lost, long, long ago. What was God’s treasure…the thing God loved best in all the world? God’s treasure was His children. It was why Jesus had to come into the world…even if it cost him everything he had.” We are Jesus’ treasure! He paid the ultimate price for us! When I think of what he’s done I want to make sure MY heart is where His treasure is–on other people. Not myself. 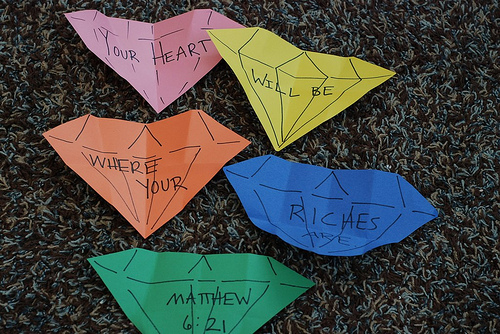 So, to help us remember this, we learned Matthew 6:21, “Your heart will be where your riches are.” I cut out some little jewel shapes from construction paper and put them into a wooden treasure box we have. Then, we pulled them out and read the real treasure of God’s Word. Now we’re going to hide it in our hearts this week! (Wow, the treasure parallels never end!)

If you have a little pirate (or a pirate princess), they will love this activity!

This is also the perfect compliment to our Treasure Hunter Week!