You are here: Home / me / Disney: the aftermath 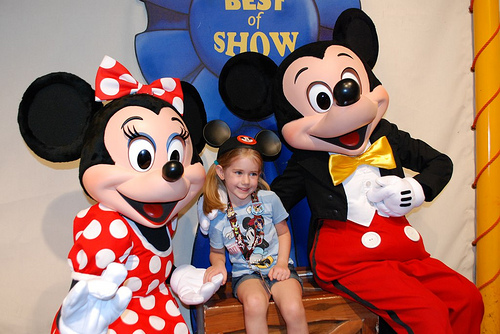 After 14 days of this fun mickey-ness, we are now coping with re-entry. And whew, it’s harder than I thought. So, here’s my to-do list…er, my stuff I have to tackle before I can think clearly…uhm…my excuse at a coherent blog post:

Sinkful of dirty dishes. (Not sure how this happened since I didn’t cook at Disney or since I got home…)

Laundry. (Actually, I’m down to about 1 more load.)

Inbox. (Tackled this first and got it down to about 64 messages. Not bad since it was over 400.)

Whining. (The kids. And me if they don’t stop.)

No food. (I seriously do not have time to go grocery shopping today. I should have done a once-a-month cooking day before I left.)

Clothes. (It turned autumn while I was gone. It’s 63 in the house today. Lydia has 1 pair of jeans that slightly fit her. Asa has one pair of too-big dress jeans. He’s wearing shorts and a Buzz Lightyear pajama shirt…he won’t take it off because he is officially in love with Woody and Buzz now.)

Sugar. (I’m craving it with every meal. Like I need some giant dessert after eating the scrambled eggs and banana I had for breakfast. That’s what that Disney Dining Plan will do to you.)

Birthday Party. (Why did I think it was a good idea to reschedule Asa’s birthday party for after Disney? Why didn’t I just cancel it?)

6:00am (I don’t think I even saw 6am this morning. I did get in the shower before Asa woke up but doing my 6am walk-n-listen when it’s 60 degrees outside? Ouch. It’s gonna take some getting used to.)

Flickr. (I HAVE SO MANY PICTURES TO SHOW YOU. I could start a Disney blog. Oh baby.)

So, what have you been doing while I was gone? Did you miss me? I have to admit, while we were driving home, I couldn’t keep my husband’s iPhone out of my grubby little hand because I was itching for some social media interaction!