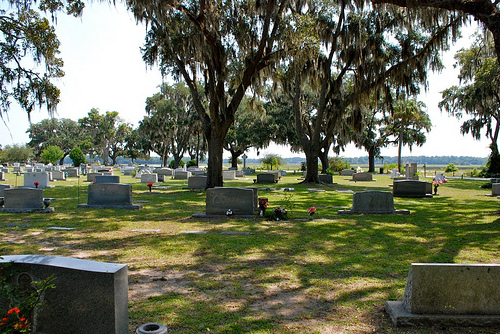 Thank you for all the amazing support last week regarding the death of Les’ grandfather. I felt like I had a big group of people just waiting for news and loving me from behind my computer. And really, I guess I did! Thank you. It meant a lot to me and my husband to see your tweets, comments and facebook messages.

I also got some amazing advice about how to explain death to your children from my Impress Your Kids readers. One person suggested relating your body and soul to a peanut. A peanut is a shell AND a peanut. The shell is just the protective covering and the peanut is the good yummy part. We used this to help Lydia understand how in the world Great-Grandpa could be dead (and his body in a box right in front of us!) but his soul, his real self, was alive in heaven. This picture really helped her.

Poor little thing. She was full of questions. We explained everything to her as we went along so she would know what to expect and Les even took her aside and read her a scripture and talked to her real specifically about everything. I just didn’t want her to hear someone say something weird and then have her little mind make up wrong information–or get scared.

We did go to the viewing–which was like two rooms. His body was in one room and then there was like a waiting room with chairs connected to it. We decided we could all be in that room with the family. But once Lydia realized that casket (or box, as she said) was close to her, she freaked. She had her hands over her eyes and was sobbing. Once we got into the lobby she was fine, but I felt so bad for her.

The next day was the funeral and the kids were like angels. Lydia was a little freaked at first to see the (closed) casket in the chapel, but once she realized she couldn’t see anything in it, she was fine. (She kept asking me beforehand, “Is the box clear?”)

Grandpa was buried by his first wife and their infant son in a beautiful old cemetery in Savannah. It was right on the river with the moss covered trees everywhere. I wanted to take pictures and wander around the cemetery all day. The picture above does not do it justice! It was gorgeous. And really, that made it nice. The funeral and the burial were so nice. As sad as everyone was, it was still a joyful celebration. We celebrated Grandpa’s life and his legacy. He was a man of God who raised three children to love and honor God as well. All three of his kids are pastors and have given their lives to God’s ministry in the church.

The rest of our time in Savannah was spent hanging out at Grandpa’s house, laughing at old stories, doing each other’s hair, driving around Savannah looking at old churches, old homes and places of family history. It was really a family celebration. And the kids loved sitting right next to each other in the van while we all rode together through Savannah. And yes, those are Crocs on their ears. 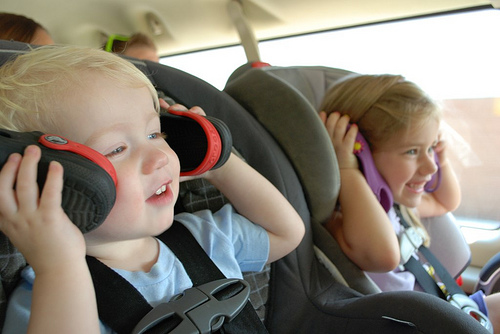