Two weeks ago today I was sitting at a Mom’s Club in Santa Domingo, Dominican Republic. While I was there I met Norma. 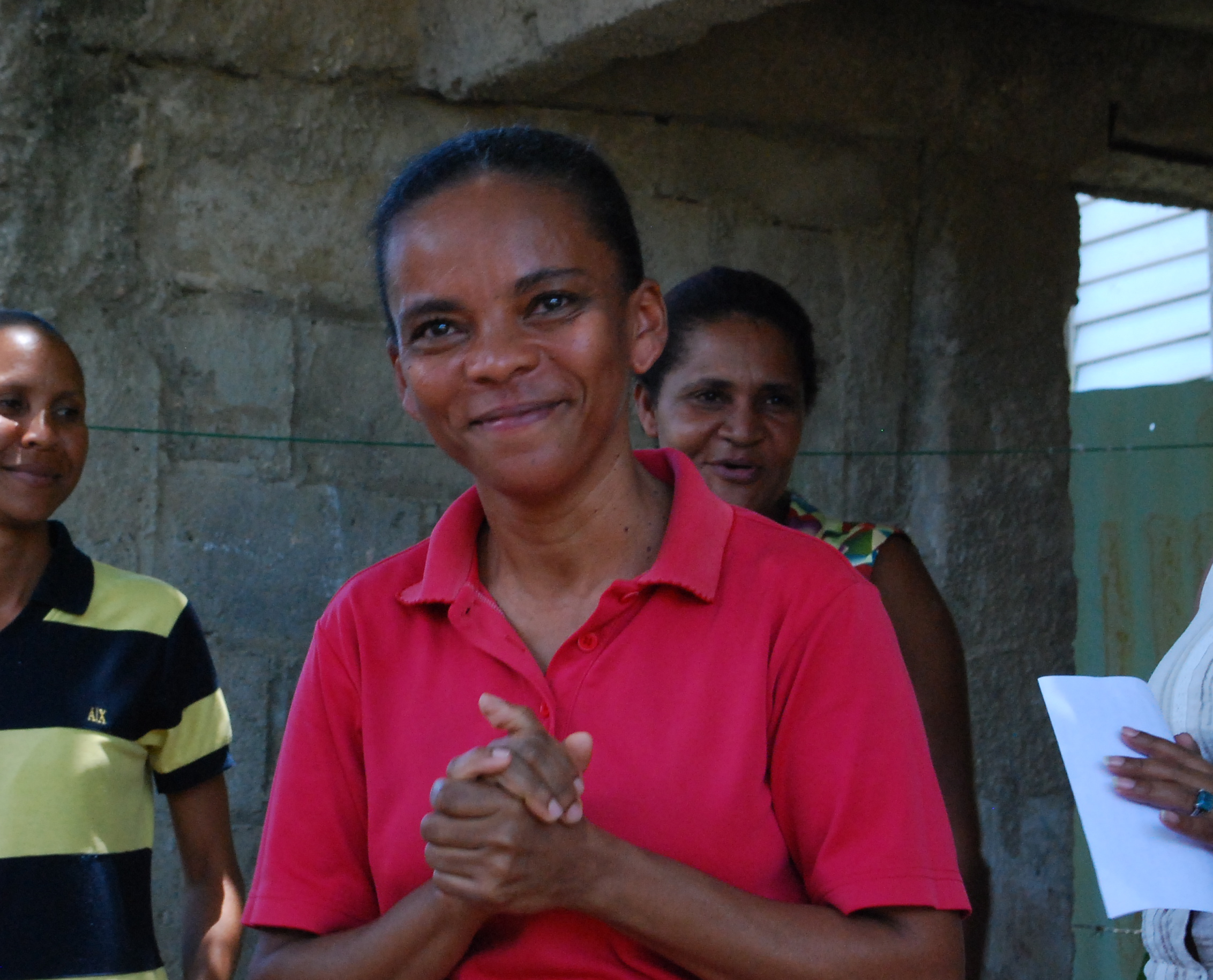 We were in the middle of a junky neighborhood. There were chairs set up in the middle of the street. The leaders of the club stood in the shade of a broke down garage. At least 50 women sat around holding their babies. They had decorated with balloons. There was even a bulletin board display with their activities and resources.

Jill and I sat on the front row and watched a mother hen and her five baby chicks walk around while the ladies were introducing themselves.

They discussed the amount of children who were born that year…and how many of them were malnourished.
They told us of the great gift that had been donated…some plastic chairs.
They said they wanted to buy land to build their own building…instead of meeting in the street.

And about 45 minutes into the meeting, Jill and I leaned into each other and said, “I think we just hit the end. Do you hear the kids?” It’s that sound and feeling you get when you’ve been at a playdate too long. You know when you’ve just reached the tipping point and everyone is about to start wailing? We are moms. We recognized it. And just then our translator came to us and said, “They want to close the meeting because it is time for the children to eat lunch.” I smiled when she said it because that is a universal mom-feeling. Kids need the same thing everywhere–moms that take care of them, food at a certain time and lots of naps!

Now, back to Norma. Norma opened and closed the meeting with prayer. I don’t really remember what she prayed but oh, you could tell she was speaking directly to Jesus. She was aglow with His love and life. I took her picture to remember the HOPE in her eyes. After the meeting I told her I could see Jesus in her, that she was just sparkling with Him. She humbly bowed her head, pointed to the heavens and said, “For his glory.” (<–that’s the translation according to my 2 week old memory)

Today I’m thinking about Norma. I know nothing about her. But I do know what she is probably doing today—leading a group of moms in prayer. Moms just like me.

If you haven’t considered sponsoring a child through World Vision, please do so. It will change your life and life and community of the child you sponsor.

Read more about my trip to the Dominican Republic.