You are here: Home / Kids Crafts / Proverbs and Wisdom for Kids 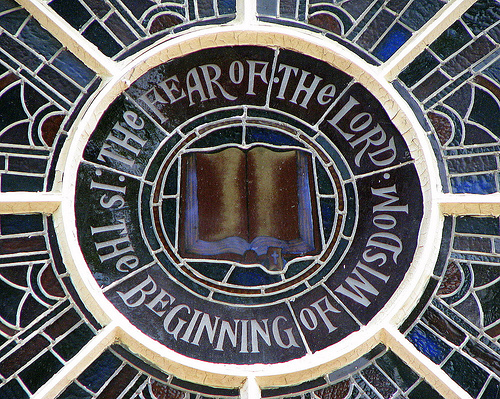 On Mother’s Day my pastor and his wife spoke at church about placing guardrails around your family’s life. The idea is to put up lines or standards that will protect you from getting too close to sin. They gave many examples of how they do this in their family. But one thing really stuck with me–one of the first verses they taught their kids and continued to focus on was Proverbs 13:20…

He who walks with the wise grows wise, but a companion of fools suffers harm.

I know Lydia isn’t hanging out with the wrong people. Asa certainly isn’t choosing the “wrong crowd” in his class at church. But I just really got a sense of how I need to be leading my children towards wisdom and away from foolishness.

Especially with Lydia’s recent behavior,  I just felt like she was being a fool. I know that is harsh but her actions were hardly wise. I can pound “self-control” into her all day, but what I also need to be helping her understand is WISDOM. When she can embrace and understand wisdom (to the best of her 4 year old self), I think it will help her see the effects of her self-control (or lack thereof).

(Is that making sense? Maybe it was just me!)

This week I spent some time reading Proverbs (granted it was via the serach engine on BibleGateway.com) and found several verses that I think Lydia needs to learn. (And so do I!) We started with Proverbs 29:11…

A foolish person lets his anger run wild. But a wise person keeps himself under control.

We talked about when she screams and throws and let’s herself go wild she’s acting foolish. (I didn’t call her a fool, of course! Just her actions.) But when she keeps herself under control she’s being wise. Of course, I understand that she doesn’t fully understand what a FOOL is and what WISDOM is. However, the verse still shows the two extremes. And this is what she needs to recognize.

To help us learn the verse, we made two little people—a foolish person and a wise person. Granted, they both look a little wild but, Lydia really got into it. And when we repeated the verse she wanted to change it to “A foolish person let’s HER anger run wild. But a wise person keeps HERSELF under control.” 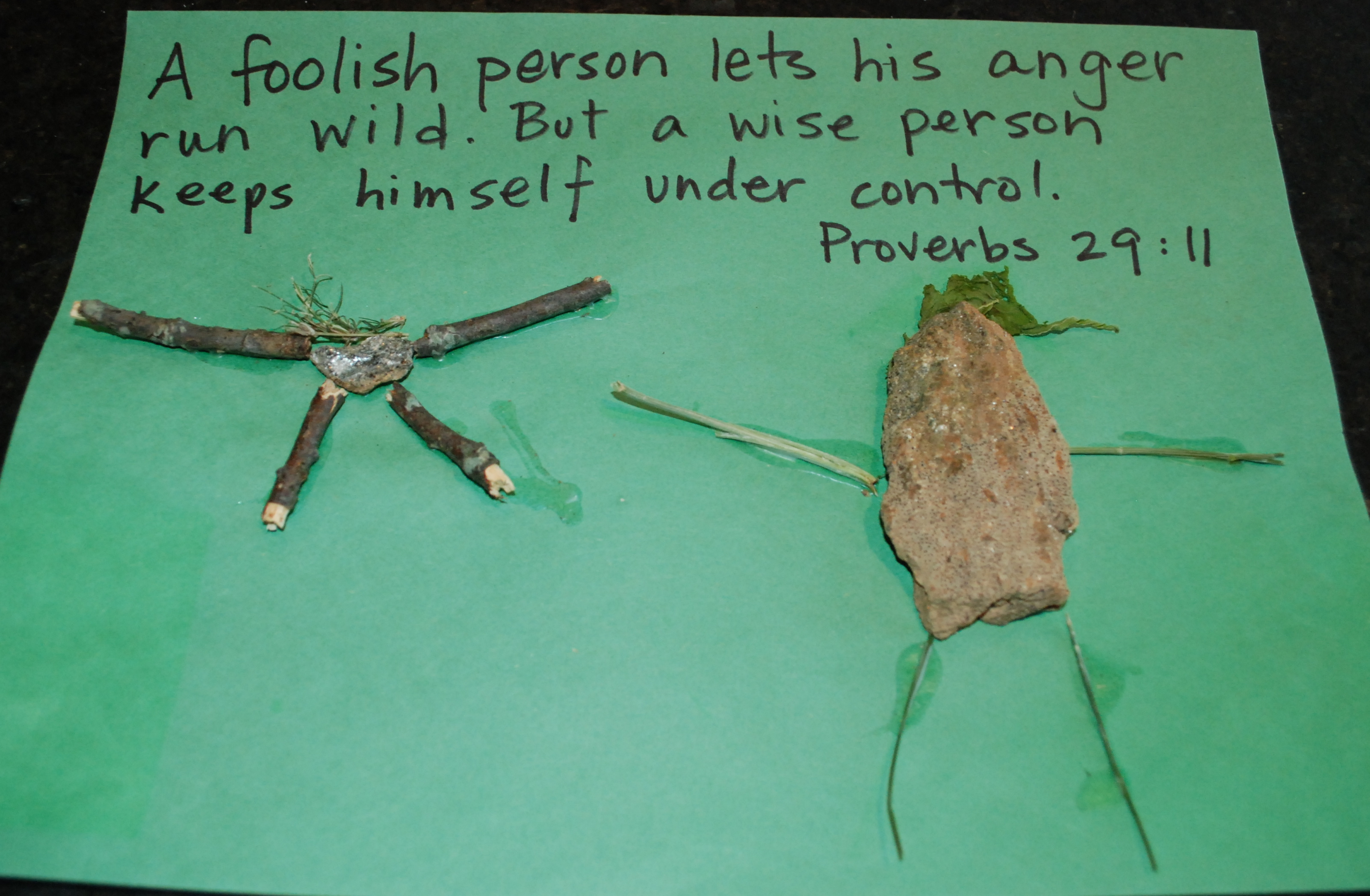 I’m going to work on some more of Proverbs with her and hopefully (prayerfully?) see some wisdom grow in her life. I’ve run across a few resources online that I’m going to peruse further…

Mama Jenn has some Proverbs scripture verse printables. These are geared for kids that can write, but I think they can be helpful for any age.

The Insect-Inside books are Dr.Suess-esque books based on a scripture in Proverbs. We have The Nineteenth of Maquerk and love it. I’d love to pick up the Tale of the Poisonous Yuck Bugs and Breaking Out of the Bungle Bird on PaperbackBackSwap.com!

I found some cute Scripture Songs at Hubbards Cupboard. The tunes are all familiar nursery rhymes and kids’ songs. But there are also accompanying motions and printable song sheets.

Proverbs are so full of word pictures, I think it will be fun to come up with stuff to do with them. Do you know any other good resources about Proverbs and wisdom for kids?