You are here: Home / me / Oprah, Mama & Ashton (Or a Twitter Tutorial) 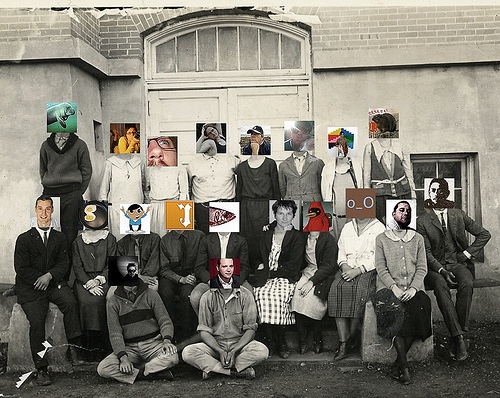 Something weird is going on here. My mom just joined twitter. Mama is the kind of person that says, “I don’t have time for that.” And she really doesn’t. But joins anyway. She’s got a myspace, a facebook, a blog and now she’s a tweeple.

It’s just weird she joined on the same day as the big Twitter war between Ashton Kutcher (@aplusk) and CNN (@cnnbrk). Also the same day Oprah (@oprah) joined the twitterverse. I feel like I’m setting up a joke here…what do Oprah, Ashton and Yo Mama have in common?!

1. Journaling.
This is a very valid use of this micro-blogging tool. So you don’t have the will-power or the want-to to write up a 600 word essay every time you go out to dinner with your friends. I get it. Not everyone is as ego-centric and prone to word-vomit as bloggers are. Just spend your day tweeting:

Going back in house.

No bananas! I want waffles!

If you grab a few twitpics in the mix, it could be a great way to keep others up with your kids, get you out of that silly baby book syndrome AND you’ll never forget to write down the cuteness because you can update anywhere at any time!

2.  Pimping.
OK, there might be a better word for it, but when you get on twitter to post links to your blog, well, that’s what it is. You’re just pimping your twitter relationships for blog hits. I get it. I do it. And honestly, I kinda like it when other people do this. For two reasons…

3. Parties.
You’ve seen the hashtags (#) floating around twitter? Well, let’s say you are, I don’t know, a LOST fan. (*shrugs*) Every time you tweet about LOST you just add a little #lost to your tweet. Then go to a Twitter Search (like this one or this one or this one) and search for #lost. You can see EVERYONE’s tweets about LOST. It’s like a giant LOSTIE convention!

Or you can virtually attend an event by following it’s #. For example, when I was at Blissdom, everyone at the conference tweeted with #blissdom09. If you were at home, you could have watched our tweets roll in and had a play by play of the conference! Not to mention, you can respond, interact and ask for more info–it’s just like being there in the flesh!

There are even twitter parties! Every Tuesday night is Girl’s Night Out (#gno) with Mom It Forward. Each week is a new fun topic with special guest tweet-ers. Resourceful Mommy hosts sitewarming parties on twitter with giveaways, trivia and lots of mingling! Twitter parties are great ways to meet new people, learn about a new site or product and just a fun way to spend a Saturday evening. Yes, I just said that.

4. Relationships.
Now here’s where the “true” tweeple will say it’s at. If you click on someone’s twitter profile you’ll see everything they’ve tweeted. If their profile is all @replies, you know they get it. They are talking and laughing and engaging with other twitterflies around the world.

I was using Twitter just as a journal at first. I was micro-blogging my life. Then I read two stories about the power of Twitter kinship. I realized how much of a relationship builder it is. Recently, I saw this first hand when @mamasphor‘s little girl Maddie passed away unexpectedly. The twittersphere came together and raised thousands of dollars for Maddie and the March of Dimes in the matter of hours.

So there are my two twents. If you’ve been a twitter hold out, why don’t you jump on in? Create an account. Upload a picture of yourself. And follow me (and mama). It’ll be fun.

ps–yes, this was really just an excuse to see how many  made up words I could come up with that begin with “tw”. Twuly.