You are here: Home / me / A Birthday of Sorts

My brother is the lucky one. He was born in 1980. So, basically in this decade my brother only has to take out the two zeros in the middle of the year and that’s how old he is. (2008= 28 years old.) I’m actually jealous of this.

I say all that rambliness to say, it’s my brother‘s birthday! He’s 28 today. And we were he was hoping my little pirate would be born today so they could have almost the same birthday…09/16/80 and 09/16/08. That would be kinda cool, huh?

(Do I think about these things too much?)

Oh, and one more random thing about the pirate’s big day…I went to the doctor yesterday and he said my cervix is effaced enough (about 80%) that I could go at anytime. As in I COULD HAVE THE PIRATE AT ANYTIME. That makes me a little nervous (although, I did get the dishes done today…) because my dad is going to JAMAICA for SIX days this week. If his first grandson is born while he’s gone, he will be devastated.

So, as much as I love my brother, and matching birthday numbers, pray my little pirate comes on his due date!

(oh and back to the real point of this post…yes, there is one…)

Happy Birthday, Jason. I love you more than you know. (And obviously more than this totally random post portrays).  I’m hoping we can take another picture like this together today… 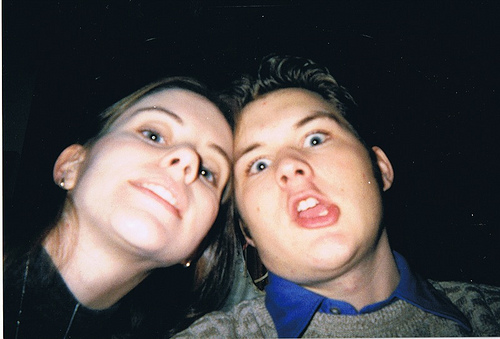