You are here: Home / christmas / An Unmagical Lesson in Giving

This post includes affiliate links. When you make a puchase via these links, I receive a small percentage. Very small but very appreciated. Thanks for loving ohAmanda!

When my husband and I were Children’s Pastors back in the day, we took our 5th and 6th grade kids to Build-a-Bear around Christmas time. We let them pick out a bear, stuff him and dress him up and everything that kids love to do in that stuffed animal workshop.

Then, instead of keeping those cute animals, we went to the local Children’s Hospital and delivered them to kids who were to sick to go home for Christmas. It was a super special time for our kids to see outside of their world and an opportunity for some sick kids to have a little normalcy of playing with other kids.

I wanted to do something like that with my own kids this year. But, I knew my too-shy daughter wouldn’t walk into a hospital room by herself. And my son is just a little bit too young to explain to a sick kid why he’s bringing them a gift. So, my magical idea was put on the shelf for later.

A few days ago, Dayspring contacted me about a big U-Neeks sale (because they know I am their #1 fan)! They said they’d send me some of their big ol’ pillow plush for my kids if I’d write about the sale. Well, my kids don’t need another stuffed animal. And we certainly don’t need a giant stuffed animal in our little apartment.

But it got my wheels spinning! What if we could give those U-neeks away to someone?

So. I told the kids about it and the big Dayspring box came in the mail. I let the kids open it up and they were as excited as if they were getting these for themselves. 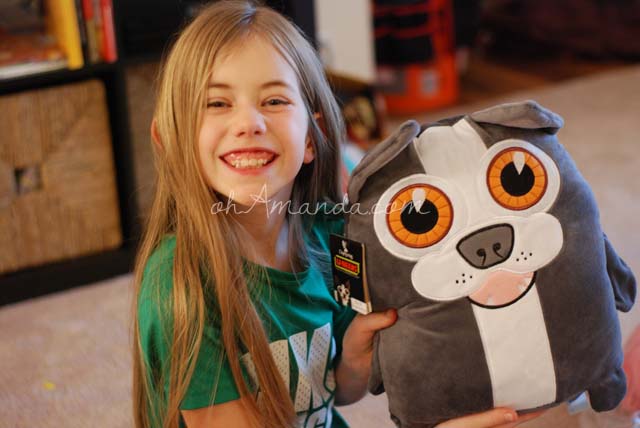 The conversation, honestly, got a little testy. Lydia wanted one thing, Asa wanted another. They couldn’t decide if a boy or a girl should get the dog or the owl. They both wanted to make their own cards for each gift, blah blah blah blah blah. 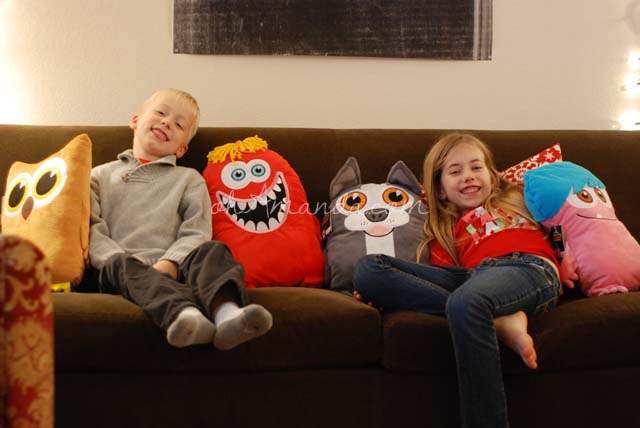 I pulled them both on the couch and said, “OK. I know I’m making you do this. Dayspring offered to give these animals to you and I’m basically making you give them away. But I know you really do like to give. And I know this can actually be fun for us. So, let’s stop and pray, ok? Let’s ask God to show us who to give them to and where and when and how.” We prayed and I don’t know if anyone felt better but we finished up our cards and I started searching online for an Angel Tree or somewhere that we could find someone that needs help. 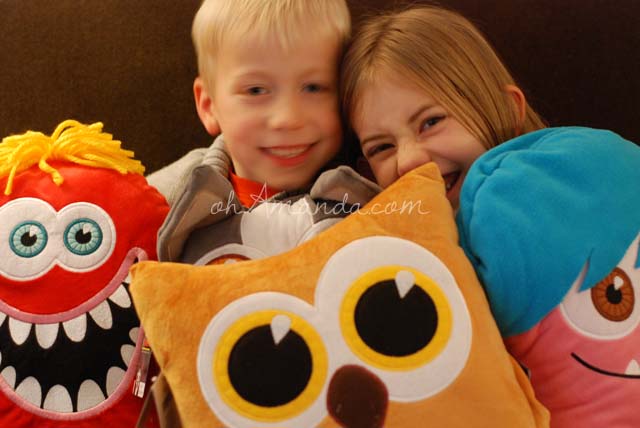 Does that sound like the lamest, most selfish thing ever? I felt like I was giving just so I could “make” my kids learn a lesson. But, we were knee deep and I had to keep going.

Then, I had an idea to text two girls from church who work in the children’s department. I asked them if they knew anyone who needed some Christmas presents this year and lo and behold, there’s a mama of five in real need! A mama of FIVE. And her need made me feel a little sick to my stomach. 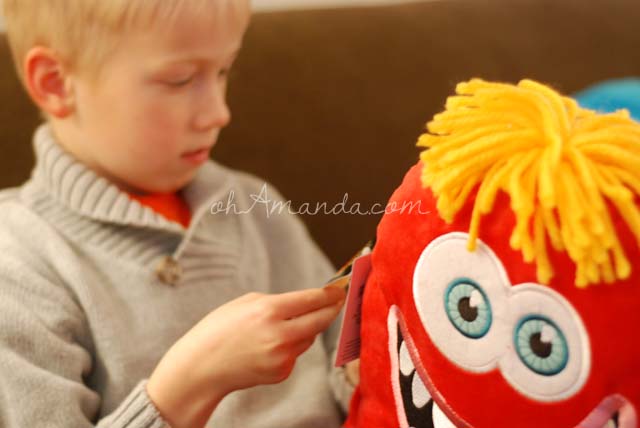 After hearing her story, my bickering kids didn’t seem like such a big deal anymore. If my kiddos don’t have a big epiphany about giving and loving their neighbor the second I think they should, guess what? It’s not about me and my kids.

Giving is one of those weird things where it affects both parties involved. But regardless of how a gift goes forth, it’s still goes. And even in the midst of complaining, blogging about a sale or wrapping up silly stuffed animals, God does something. He uses the foolish of this world to shame the wise. He uses the invisible to do real and big things for Him. 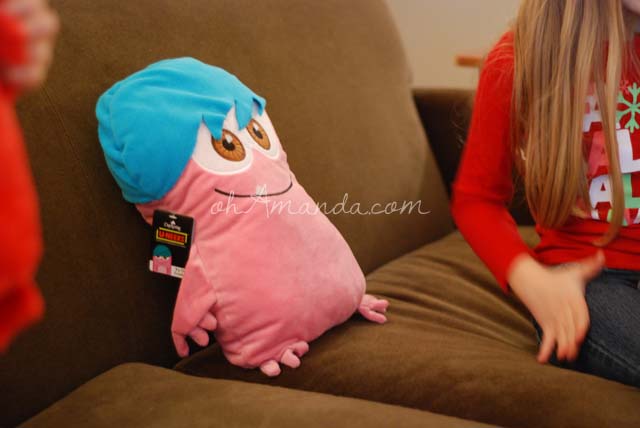 I don’t understand it. But I’m so glad He does it. I’m so glad that even as a regular old American mama trying to get the dishes clean (did I tell you our dishwasher broke and they aren’t coming to fix it until Monday??) and keep her kids from biting each other’s heads off, He lets me be in a teeny tiny part of His plan to love others. I’m not saying this gift will change this woman’s life and fix her problems but I believe it will remind her of God’s love for her and her kiddos. 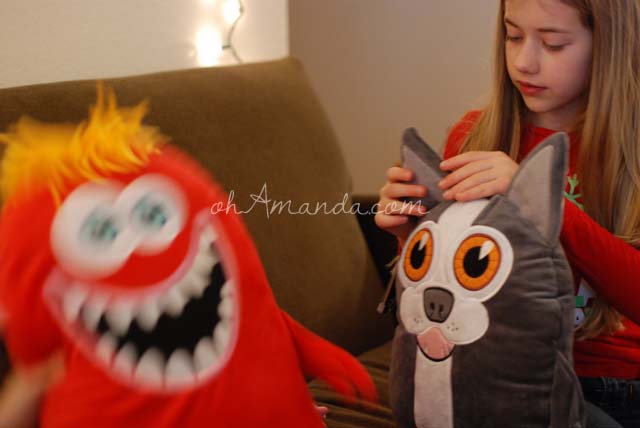 Anyway, I had hoped this post would be a big inspiration to you to get out and give! to! everyone! Instead, I think it probably turned into a hey-I’m-not-doing-so-bad-after-all kinda post.

Oh yeah, so about that sale! These adorable Big Ol’ plushes are $7 right now through Monday, December 21, 2015 (Midnight, Central time). They are regularly $20!

Aaaaand, if you use code OHAMANDA20 you’ll get an extra 20% off any U-Neeks items–not just the Big Ol’ plush. (Like maybe the socks??) With the coupon, the U-NEEKS Big Ol’ Plus will be $5.60 each.  PLUS, the coupon is valid through Christmas Day–so you can use it even after this flash sale is done on the 21st. Cool, right?

While you’re filling your cart with gifts for kids and nieces and nephews, why not throw in another Big Ol’ plush for someone else? Someone you don’t even know yet. And even if your gift-giving isn’t fancy or holy-feeling? Turns out– it actually is.