You are here: Home / Purposeful Parenting / The Warrior Poet 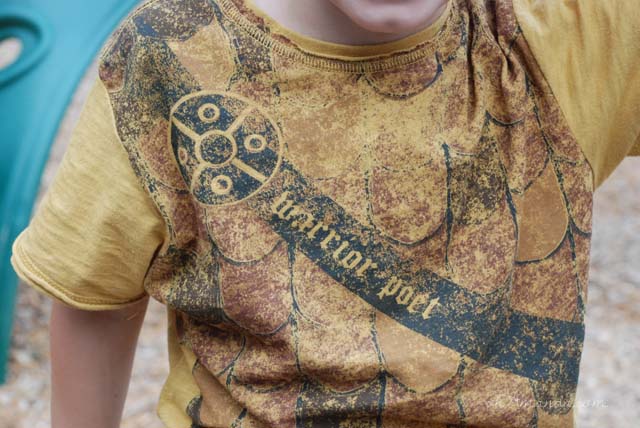 My son graduated from Kindergarten last week. Graduated. From Kindergarten. Well, he didn’t quite make the graduation because he had a fever but still. That first year of school. The first lunchbox. The first backpack. It’s all over. 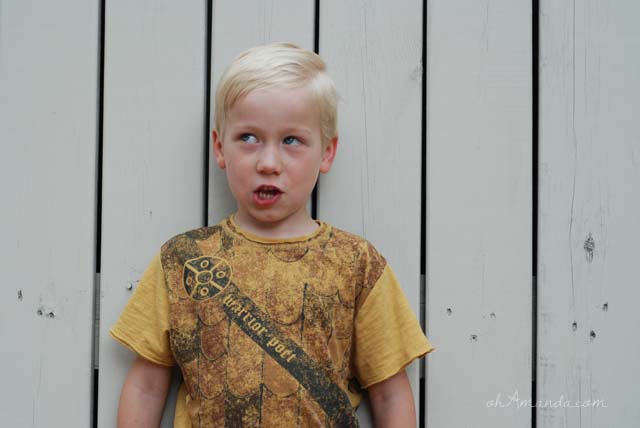 When we filled out his application for our hybrid-homeschool, they wanted to know about Asa’s strengths. I wanted to write “imagination” or “loves to play”. He needs to play with little figurines every day. He can play outside with a stick for hours, loves to don costumes and lives in imaginary worlds most of the day. And it’s one of my favorite things about my little guy. 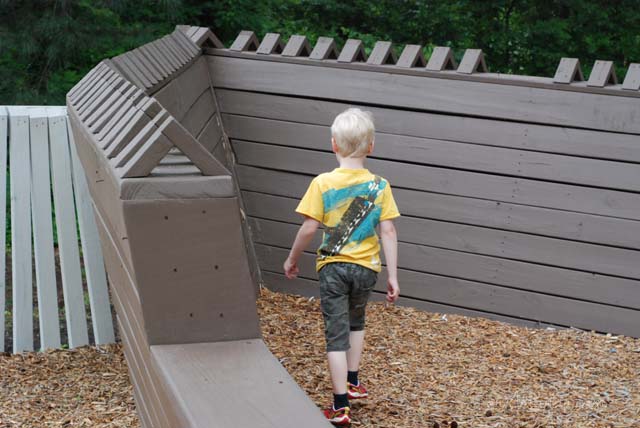 Now that he’s done with the first year of school, I’m feeling conflicted. I love seeing him grow up. He’s learning new things and doing more than ever. It’s exciting to see him become a big boy. 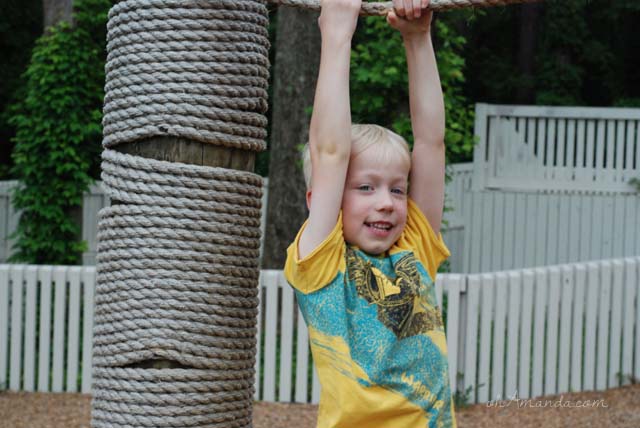 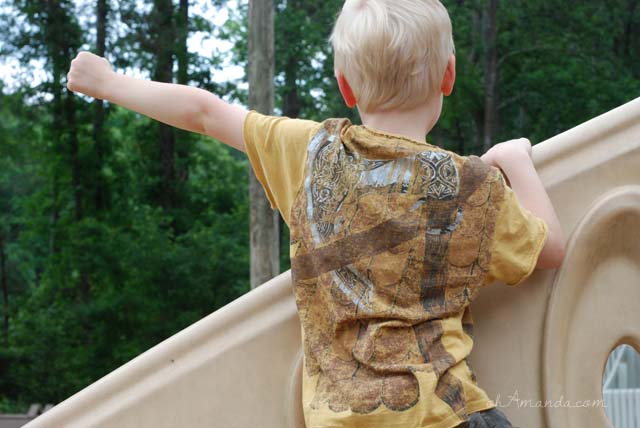 I want him to be both–full of pixie-dusted imagination and growing into a strong man. It’s the part of being a boy mom I’ve dreaded since he was born. I’m not raising a baby boy. I’m raising a husband, a dad—a man. 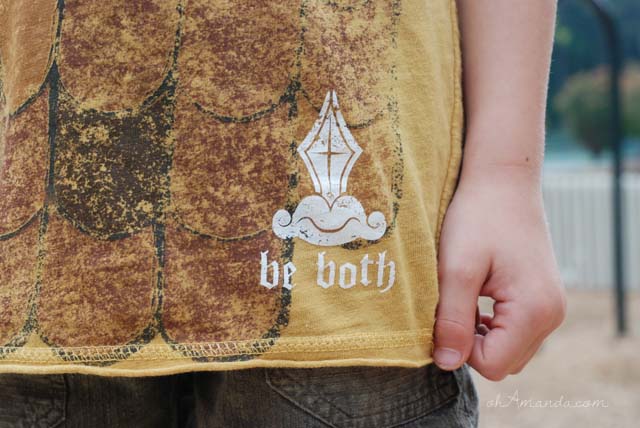 For Asa’s unEaster basket, I gave him some shirts from Warrior Poet. They are super cool shirts without skulls or creepy girls-are-dumb sayings. They have this same “be both” mission because they recognize (and want little boys to know) that boys are made to be warriors–strong, in charge guys. But at the same time, they can be tender, loving and thoughtful. 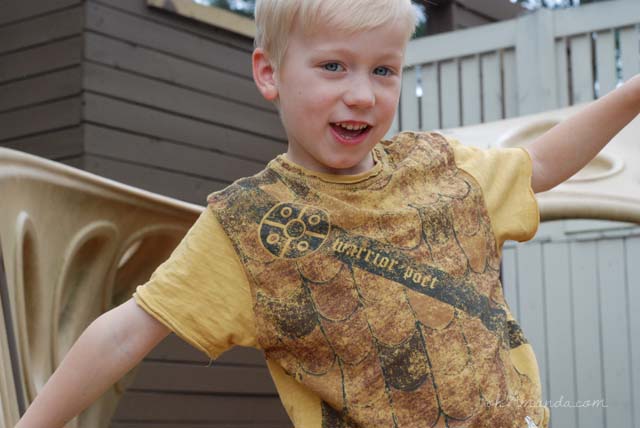 When I explained the “warrior poet” to Asa, he was very serious. I asked him when he wore the shirts to remember to be a warrior and a poet. To be the strong guy and the guy who puts others first. (See how easy it is to make any and everything point back to God and his plans?! Deuteronomy 6:4-9 in action!) 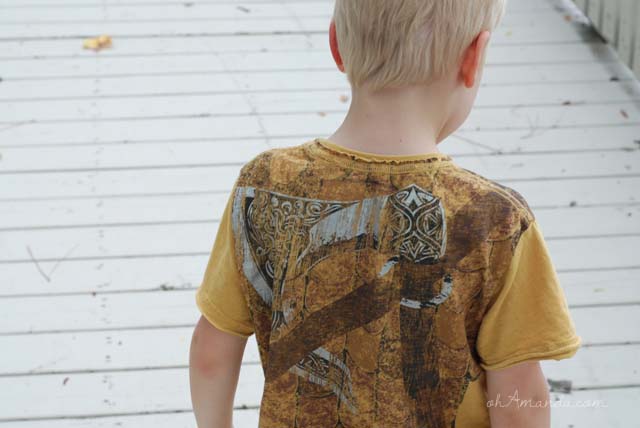 So, more than imagination or holding my hand in public, I want my boy to to be the chivalrous knight, the strong servant, the tender warrior. I want him to grow and become a godly man who will follow God to battles or to quiet places. 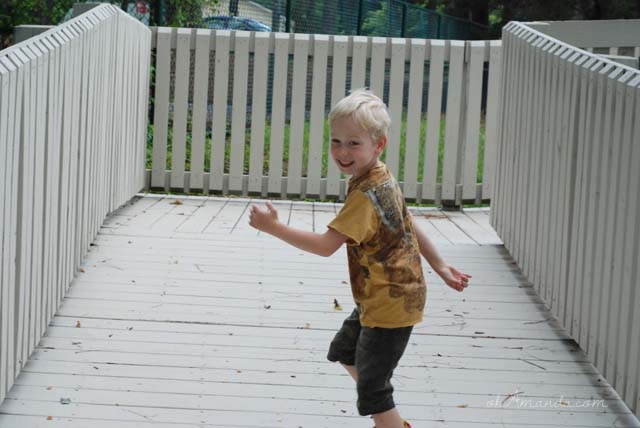 I continue to pray the same prayer over my Asa that King Asa prayed over his life and battles, “Lord, there is no one like you to help the powerless against the mighty. Help us, Lord our God, for we rely on you, and in your name we have come against this vast army. Lord, you are our God; do not let mere mortals prevail against you.” (2 Chronicles 14:11) 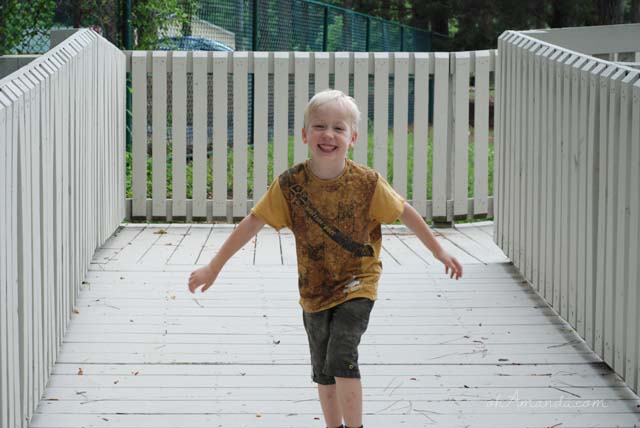 My Asa, follow God in all your battles. When He asks you to stand up for what you believe, or step aside to let others be first, do it it–do it quickly, with happiness and honor. Learn to lean on Him, to follow Him and let Him fight for you. In this way, you will be all He has for you, regardless of where it leads or what it looks like. I love you, my sweet boy. I’m honored to help you become the man God has planned for you to be.