You are here: Home / Travel / the ohRV and an ohUpdate

I’m home! And even better, I’m online! Before I left for our big RV vacation, our internet went down. We have this backwoods company who I have to call every month because there’s been an outage or some other random blow-up with our connection. I was on the phone with them before I left and they told me my modem was old. (SERIOUSLY?!)

Then, I think I already told you the mid-west doesn’t have wi-fi much of ANYWHERE and I was without the ability to update during our trip (which went one day longer than we planned because HELLO, we were in an RV with seven people and traveling across the country!)

When I got home, I totally forgot about my poor internet at home. I fired up my laptop only to see an internet screen of death. Blah.

Enter today, a full six days since I’ve been home, we fired our old internet company and the Comcast guy finally came to hook up our new lightning fast internet. We’ll see about that, but at least I’m here! Did you miss me? *bats eyelashes*

I decided I’m going to give you a trip report. You’ve missed my trip reports, haven’t you? I think the last one might have been my Disney Social Media Moms (aka I Slept In Cinderella’s Castle) adventure. Y’all. That was like over two years ago. Don’t worry, it usually takes me about 9 months to actually get all the posts up, you won’t feel overwhelmed.

(Related: you have read those Disney/Castle posts, haven’t you? I read ’em once a month just for fun.)

So, are you ready? Ready for the ohRV? Ready to squeeze into a tiny, rocking vehicle with my mom, dad, kids, sister-in-law and niece? Ready for the random picture of two kids (whom we affectionally call “our cousins”) attached to our window so people constantly think we are sticking our heads out the window and staring at them? (You think I’m joking. The first place we stopped at dinner, the waitress said, “Oh, Lawd. We thought y’all had 13 people in that RV when you pulled up. We thought we were gonna get slammed in heah.” (OK, the accent wasn’t that thick.) 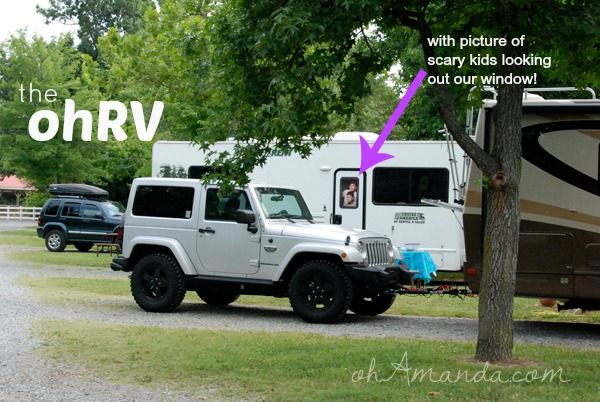 When I first stepped in the RV (we met my parents at a Cracker Barrel), I said, “Mama. This thing is tiny.” And it felt so small. You could barely turn around. I couldn’t imagine all of us actually doing something in this rig! But miraculously, the thing actually started to expand as we got used to it.

The kids first order of business was not look out the windows or sniff every nook and cranny like a puppy (which is what I thought they’d do), instead they pulled out headphones and iPods and separated themselves. Whatevs. I knew it was going to happen. And thankfully, that fascination was short lived. 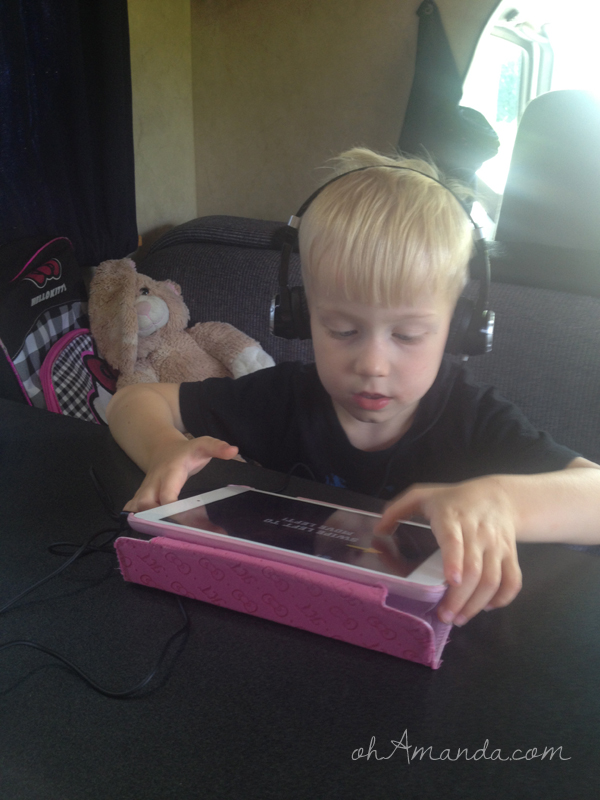 As we drove to Kentucky, Aunt Brandy gave the kids their travel notebooks. In each one was a coloring sheet from the Road Trip USA curriculum by Confessions of a Homeschooler. Plus, a super cool National Geographic Road Trip Atlas. So, they kids spread out on the back bed and colored a picture of Georgia with a little color-leading from their book (what color is a brown thrasher or a purple violet?! <–actual questions from the kids) 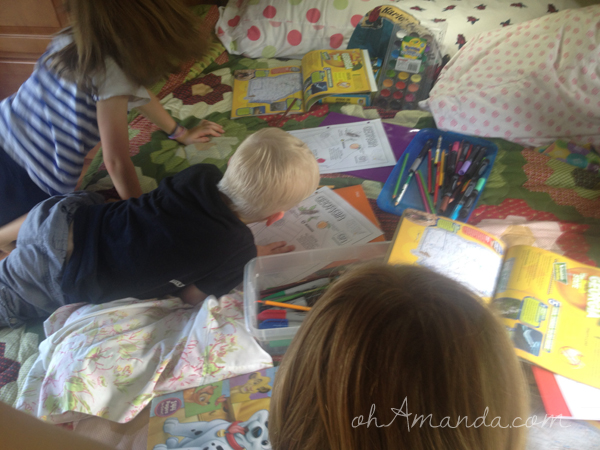 We arrived in Kentucky at about 10pm (which would become our norm and new bedtime. *yawn*) where we attempted to get the beds organized (and the dirty water tank empty. Just sayin’.) Asa, of course, just jumped around and pretended he was a knight with a flaming sword. He was cute. But not so helpful. 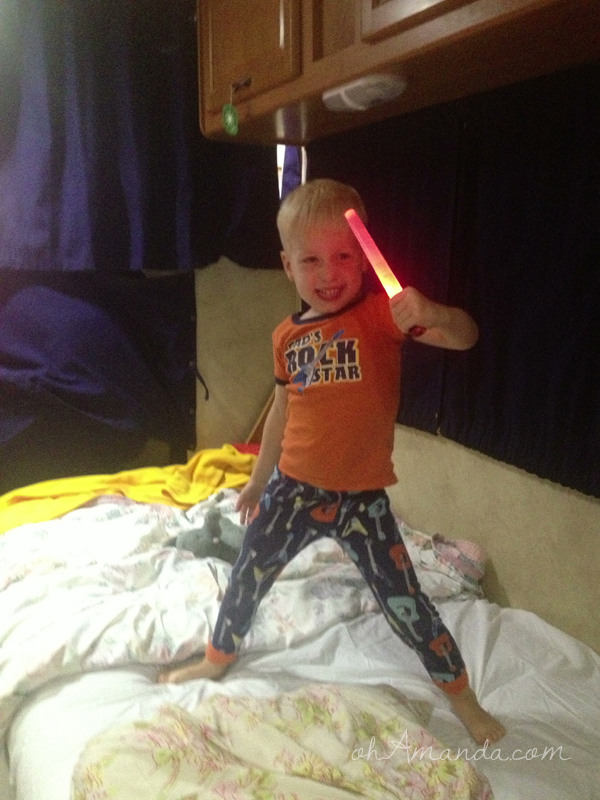 The next morning we began “Morning Watch”. This is what we called morning devotions at camp when I was little. I wanted the kids to experience this same quiet morning time–cool air, birds waking up and quiet in the campground. So, I bought three little journals and wrote out a devotion for each of them. They were the same for each kid and followed this basic outline: 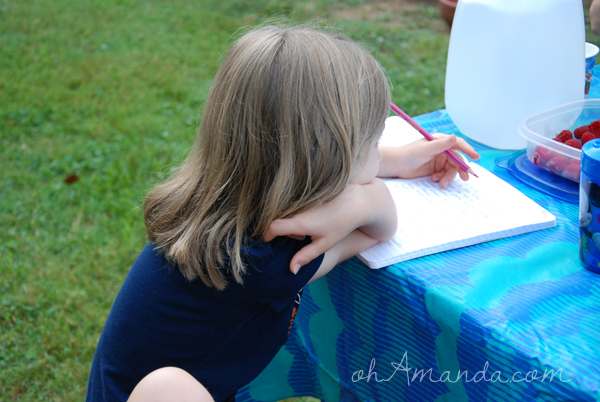 I wrote a Scripture. They had to read it. Easy peasy.

They were to CIRCLE or DECORATE their favorite word(s) in the verse. 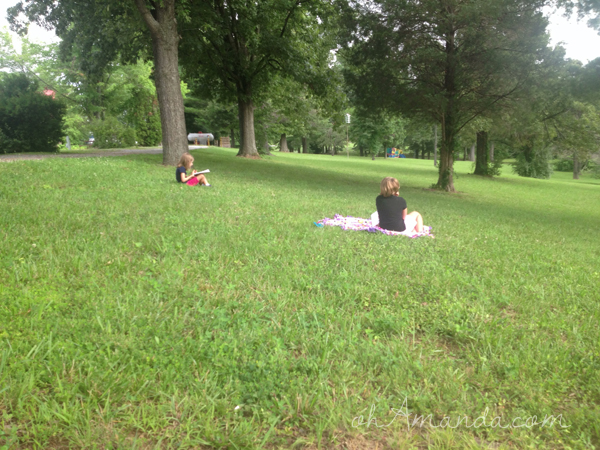 They had to draw a picture that was hopefully some kind of application or better understanding of the Scripture. (For example, on this day, they were supposed to draw a picture of something in the verse. Lydia drew some mountains singing.) 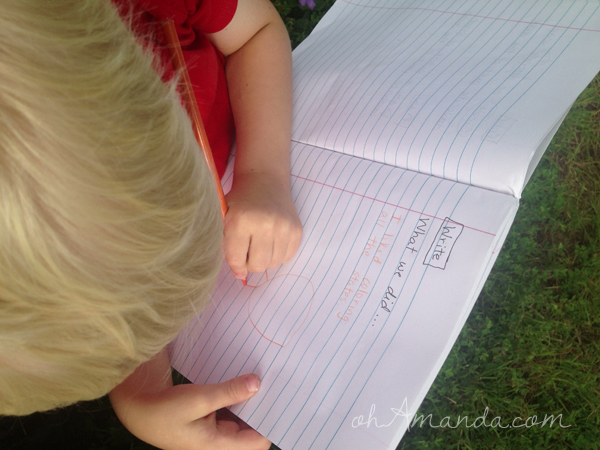 Write something fun we did the day before.

It wasn’t very detailed as I didn’t want it to be overwhelming or hard. I think we did Morning Watch 4-5 out of 9 days, so I think they enjoyed it. (Don’t worry, Asa didn’t do this alone! He always had an adult reading and writing with him! Poor little guy can barely write his name.)

Later that day, as we rode, I let the kids use duct tape to decorate their journals and a plastic box for their souviners and other items they collected over the trip. You can’t tell but this was like their favorite thing ever: 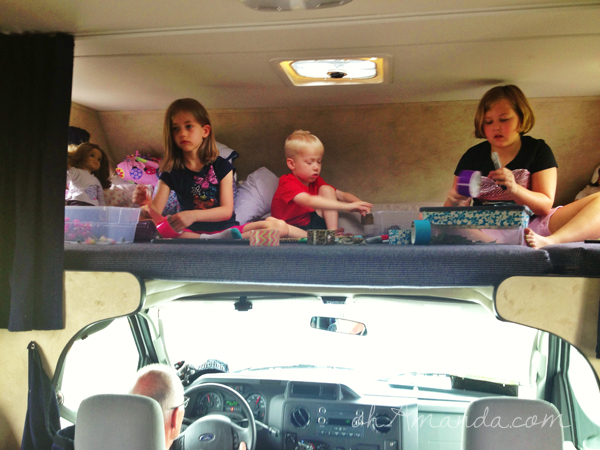 Before we left the campground that day, we took a little hike around to enjoy a little more of God’s creation. Our favorite thing we found was a tree branch being eaten by hundreds of tiny worms. Kinda creepy. But really cool. 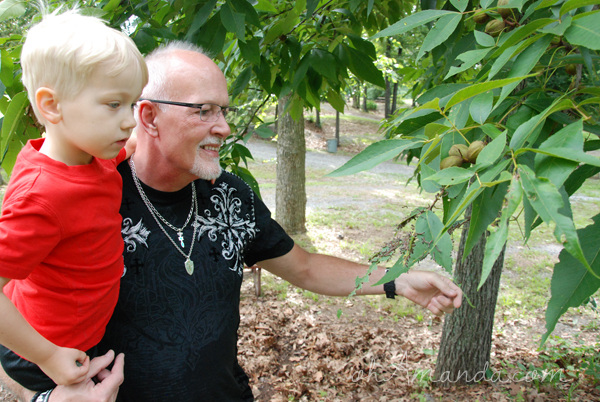 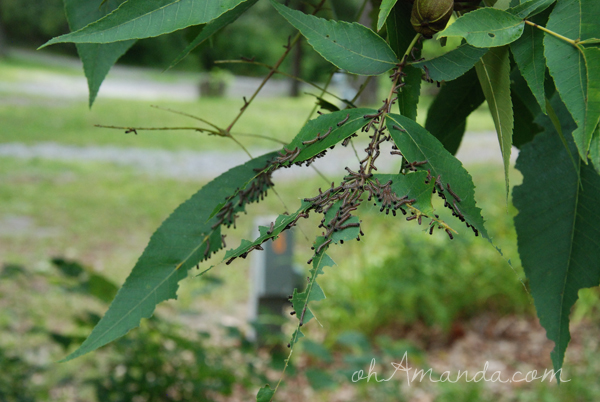 Honestly, walking around looking at new vegetation, finding rocks and other pretty nature items is my favorite thing to do. Here’s some more fun stuff we found… 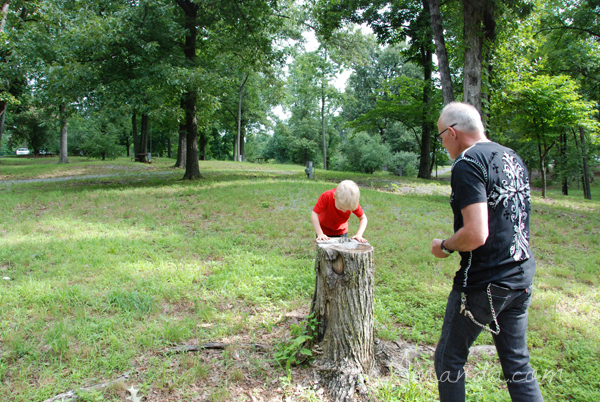 Then we hopped into our RV and were off on our first day’s adventure at New Salem! (<–coming soon!)

So, where’d you go (or where are you going) on vacation this summer?