You are here: Home / Family Devotions / Praying for the Whole Wide World! 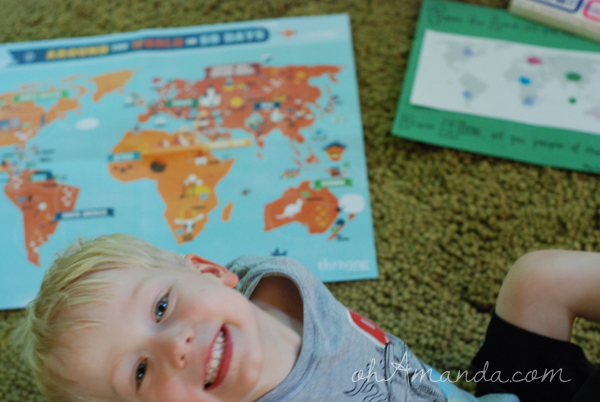 When I was a little girl, I heard a story about a tribe in the deep jungles of who-knows-where who were worshipping trees. Their worship never brought any results so they stopped worshipping trees and began to pray to “the one who made the trees”. In fact, they prayed that someone would come to their village and tell them about the one who made the trees!

I honestly don’t know if this is a true story but I think it has probably happened in this way more than once. I told this story to the kids last week to go along with our monthly mission of praying for the THUMB people.

We kept praying and a few days later I saw a Facebook update from my sister-in-law’s husband. They are missionaries in Mexico and he was going to a very rural part of the mountains near their home. They went fishing there and asked their fishing guide if any of the villages around did not have any outsiders. The guide told them there were several villages and he knew one of them worshipped an idol they had found under a rock. That village was too far to go to that night, so instead they found some other people who were hiking into the mountains. As they followed them, they got very thirsty and stopped at two little roadside stands for a Coke. 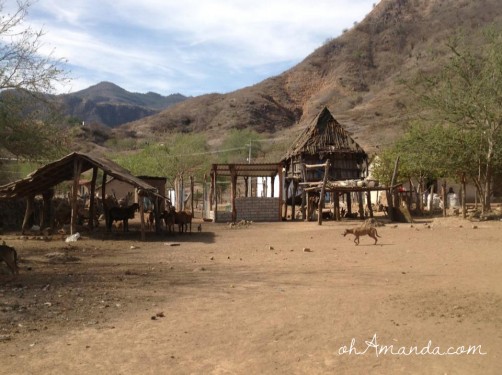 village in Mexican mountains, photo by my brother-in-law

The first stand didn’t have a Coke, but the second stand did. The lady who sold them the drink looked at him and asked, “Are…you…believers?” He said, “Believers in what?” She said, “Jesus!” Apparently, six years ago a man in their village had taken a long walk to the big town and heard a missionary preach about Jesus. He had been so moved that when he came back he told people in his village what he learned. About 20 people in the village believed what he said and wanted to know more about Jesus. The had been gathering for six years to pray that Jesus would send someone to tell them about Him!

My brother-in-law (I don’t think that’s the right term for your sister-in-law’s husband, but we’ll go with it) told her, “We’ll be back in three hours, gather as many people as you can and we’ll talk to them about Jesus.” 35-40 people showed up and many people gave their hearts to the Lord, several were healed and they all said they felt God’s presence and were assured that Jesus would answer their prayers.

This was the same day I posted a picture of Asa and Lydia praying for unreached people around the world. I really believe our little prayers made a difference in that situation. I don’t know how to say it and I don’t have Scripture to back it up, but I believe our prayers opened a door in that village and for my brother-in-law to tell them about Jesus!

I mean, how often do you pray for unreached peoples and then someone in your family actually goes to an unreached village the exact same day?!

Then, just yesterday, I got the new Thriving Family magazine in the mail. I noticed a blurb on the front cover with a world map on it. I opened it up and it’s a giant pull-out map to display with 60 stops around the world TO PRAY FOR THE PEOPLE IN THOSE COUNTRIES.

Are you kidding me?!

Sometimes I do things with the kids that I think are just bouncing right out of their hearts and minds. Seeing these two reminders of prayer around the world has so encouraged me. My kids prayers are mighty! Our little sit-down-listen-to-me-let’s-have-a-moment-stop-hitting-we’re-supposed-to-be-praying is enough. I don’t have to be super-spiritual or crazy-focused, I can just be a mom who tries. And God uses that effort. He multiplies it. He accepts it. He loves it.

Be encouraged, mamas. Your effort is not too small. Your direction to your kids is not wasted. Your few minutes talking about God, reading a Scripture or praying together is of the utmost importance.

Are you joining in our monthly mission? You never know what your kids’ prayers can be a part of!

ps–Thriving Family is a FREE magazine from Focus on the Family. You can subscribe here!