You are here: Home / Operation Christmas Child / OCC in the DR: Part 1

I slept on my post last night. There’s so many interesting things to tell you about the Dominican, the leadership here with Operation Christmas Child and with the organization a a whole. 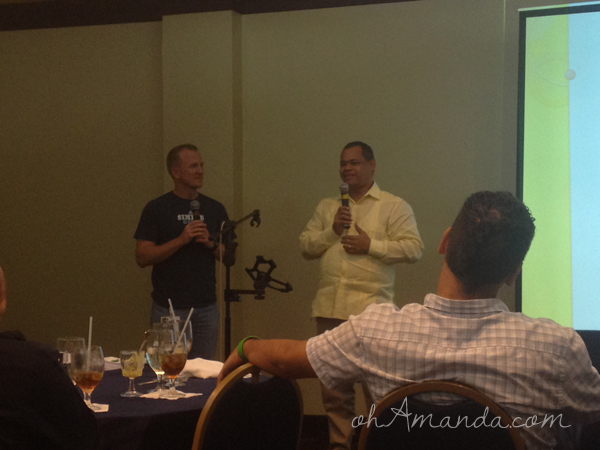 In a country where men are leaving their wives at a rate of almost 80%, propagating the spread of HIV and contributing to teen pregnancy (86% of women who are pregnant are teens), there are men like Fidel and the other men involved with OCC and volunteers who are being amazing examples and an influence as godly men in their country.

Fidel has an obvious love for his country and shared in detail about the founding of the Dominican, their flag (which includes a flag and a Bible) and their constitution which declares that they are a Christian nation. His passion for his country and the Lord are obvious. Even with a language barrier I can hear him shouting that he will not be quiet or still. He will do everything he can do make Dominican Republic a country that honors God and leads their people to Him.

Yesterday morning we woke up early for breakfast in the hotel, morning devotions with the team and then we were off to a small school to deliver the 100 millionth shoebox (along with about 150 others). I, of course, forgot the cord to my camera, so although I took bunches of pictures on my big camera, I can’t share them with you until I get home. So, you’ll have to imagine what everything was like with my fuzzy camera phone shots.

We drove out of the city and were overlooking the mountains, some lush jungley looking forests when we arrived at the school. The kids were already sitting down in rows waiting for us. But what I was noticing was some PVC pipe being put together.

I recognized it immediately: a puppet stage! 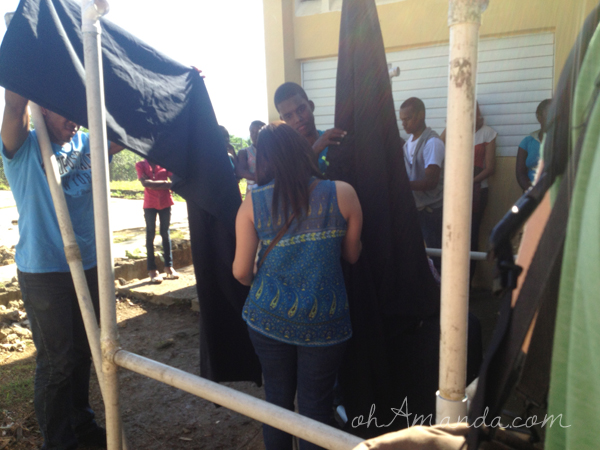 Sure enough, there was a team from a local church (not local to this village, but local to the area) who works with Operation Christmas Child to deliver the gospel in kid-friendly ways at the shoebox delivery parties. 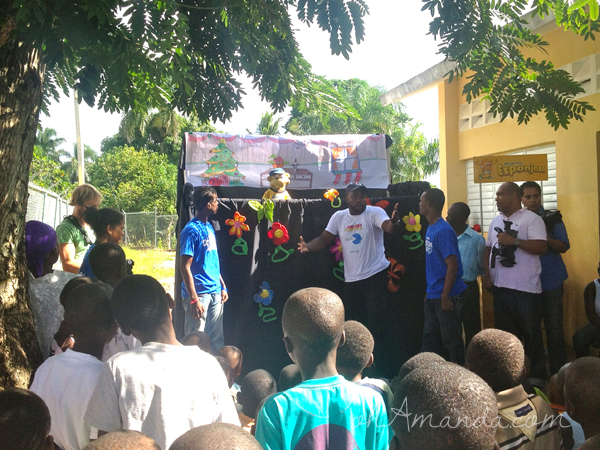 And. They. Were. Fabulous. The front man (in the white shirt and hat above) is a firecracker of energy and fun. I wish I could explain what it was like to see him do children’s ministry in front of that dusty run down building in another language with no microphone. He had the kids in the palm of his land, laughing and singing and learning. 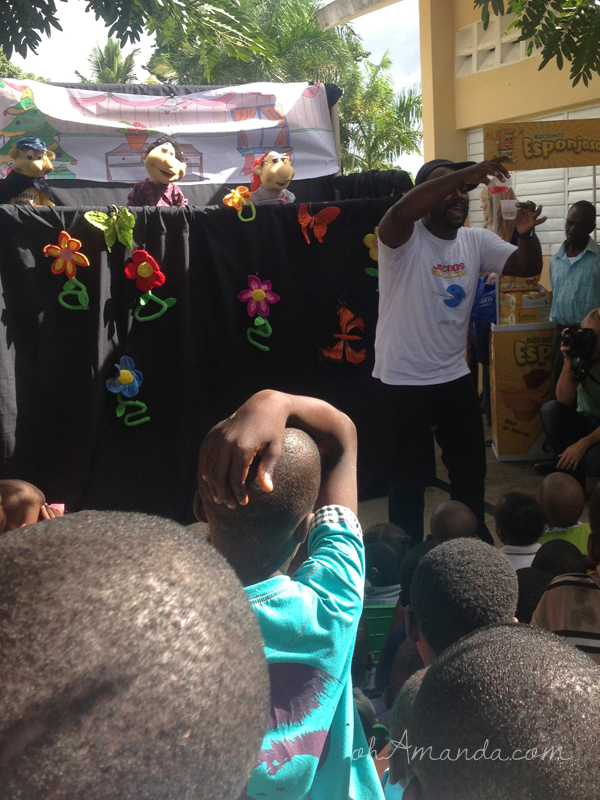 I couldn’t understand the words they were saying, but I knew exactly the story he was telling. Children’s ministry is universal. The stunts he used to get the kids to sing, the jokes the puppet played, the magic trick he did to deliver the gospel were all things I’ve done as a Children’s Pastor and evangelist.

After the show, we began to hand out the boxes. And oh, it got crazy. Happy crazy, but crazy. And apparently it was so crazy I only got one picture of the kids with their boxes. 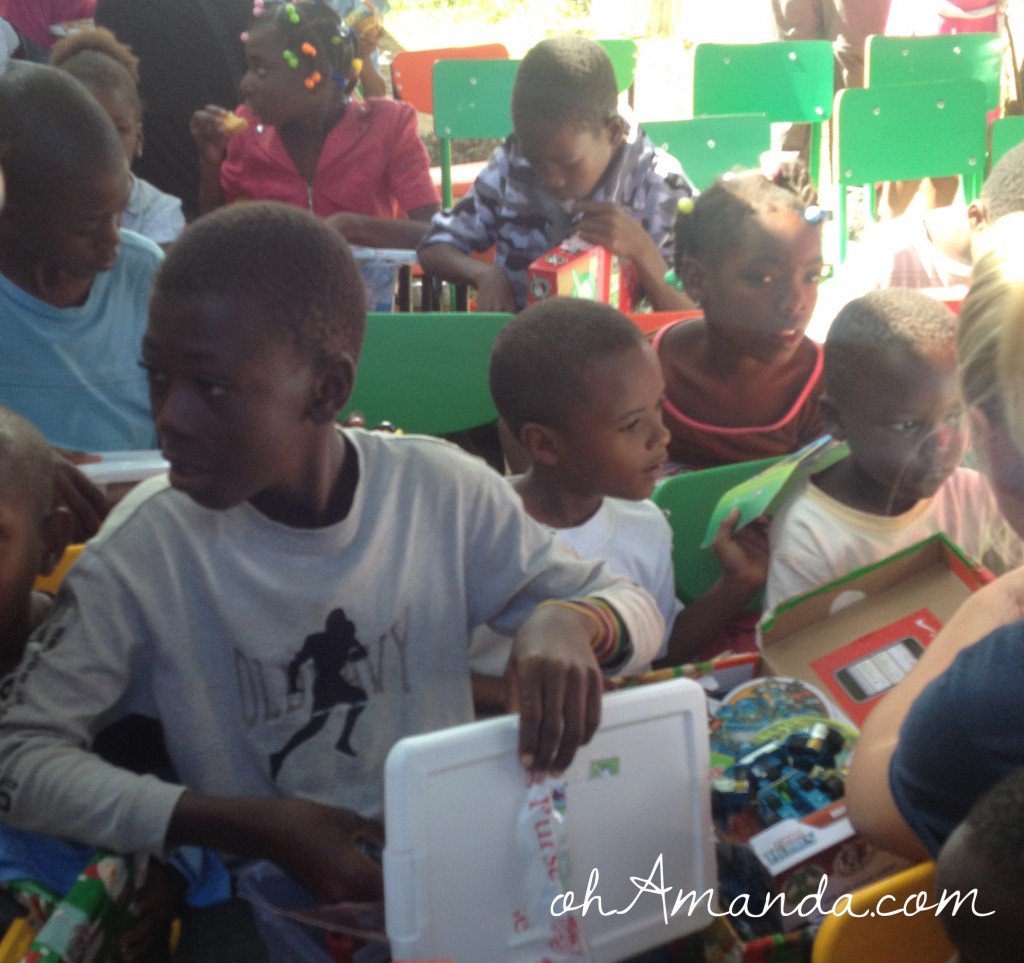 Most of the time at a delivery, they have all the kids hold the boxes until everyone has one. Then they count to 3 and they all open at once. This time, many of the kids didn’t stay to open their boxes or if they did stay, they opened quickly, then shut them and left. The OCC team said it isn’t always that way–and maybe these kids felt like they needed to get it home as soon as possible.

After this delivery we were able to meet and pray with the leader of that community and school. It was a very special prayer as she is a new Christian–brought to the Lord by one of the OCC team members as they were planning the distribution!

Ooooh! I have to be downstairs for breakfast and devotions in a few minutes. So, this will have to be a part 1! I’ll update more tonight. Thank you for your sweet comments, tweets, etc. I so cherish your prayers!

Before I go, here’s a few fun pictures you should see… 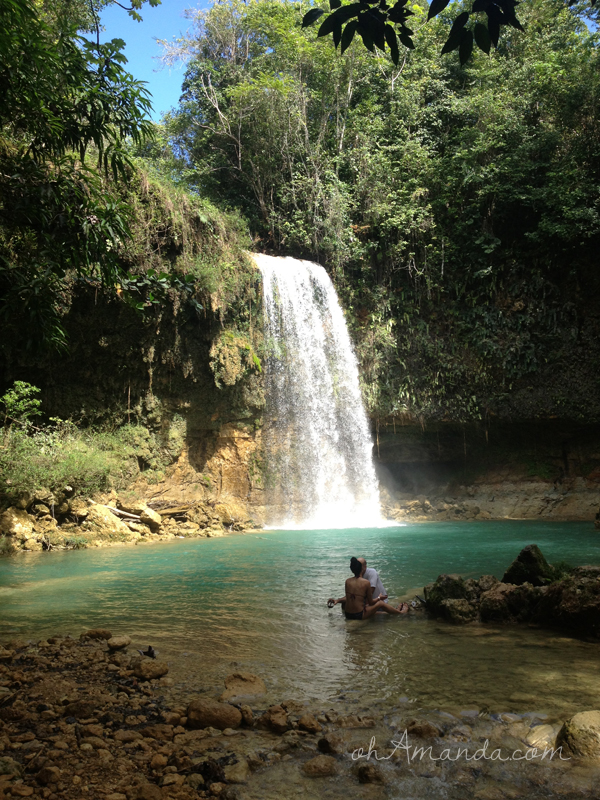 This is where we ate lunch. Pay no attention to the bathing suit clad woman we happened upon.

The shore outside our hotel. The water would rush inside the pool and then quickly empty. I could have watched it for hours. 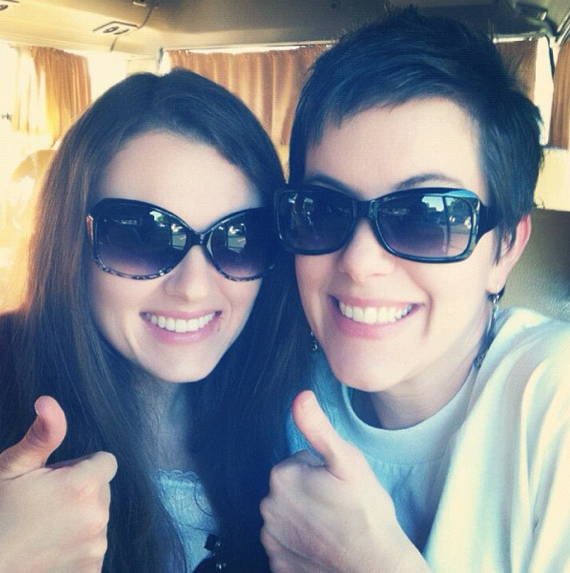 My partner-in-crime, the sweet Jessica Heights! We have been having so much fun together.

{See the next installment of my trip to the Dominican with OCC!}