You are here: Home / God Stuff / A Single Vote 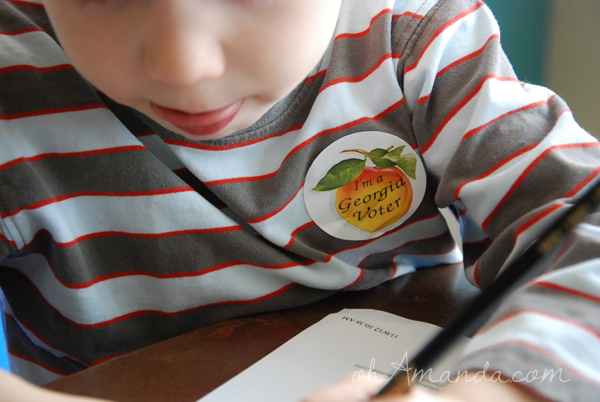 I get emotional when I vote in an election. I feel like I’m making history! Today I was literally teary-eyed in the voting booth because I know what an honor it is to cast my vote. I believe my vote actually makes a difference.

When we got home from voting (and dodging the rain), the kids colored while we listened to A Single Vote from Adventures in Odyssey. It’s one of my most favorite episodes and is perfect for an election day. It tells the story of an every day farmer named Jamison Shoemaker who’s one last minute vote broke a tie and made Madison Marsh the newest Representative. When Marsh was in office, he broke a tie that made James Harridan the next Senator. And James Harridan cast the winning vote to make Texas a state!

Little did run-of-the-mill Shoemaker know he was writing Texas history with his one vote eight years before! I get chills just thinking about it. A single vote. 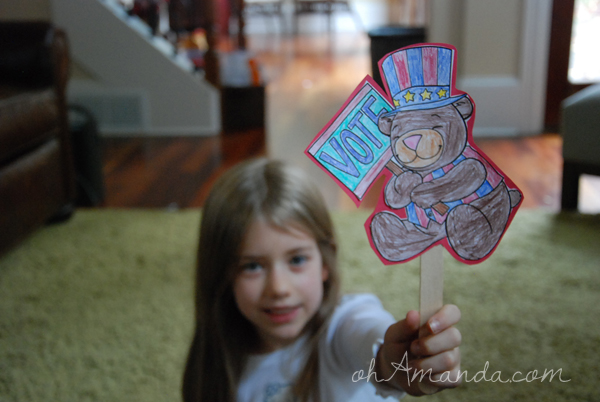 God is, was and will always be. He knows who won the election. He knows how my vote stacks up. And he knows every detail of the next President. But somehow He allows us to be a part of the story. He’s dramatic and loving enough to let us cast our single vote. I don’t believe God’s will always happens on this earth but I do believe God is intimately involved in our actions if we allow Him.

Today, I pray the people of the United States listen to the voice and follow the hand of God. I pray our single votes make an everlasting difference in our world!