You are here: Home / Atlanta / Our Summer: Fernbank Museum of Natural History 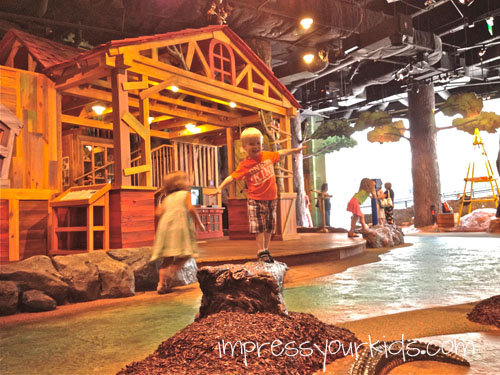 Our Summer o’ Fun continues with Fernbank Museum of Natural History! We took one of Lydia’s friends (who goes to our school and church!) with us and had an absolute blast. 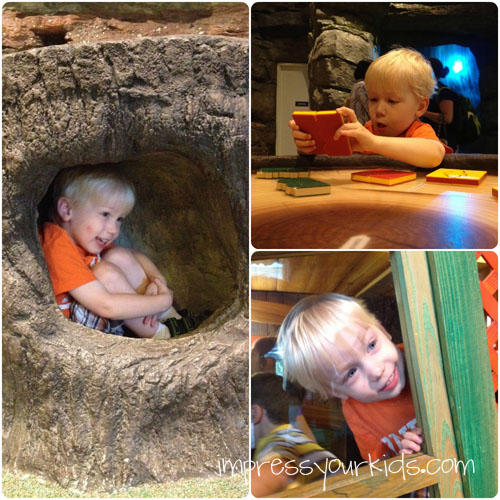 The best part by far was NatureQuest which at first glance is just a giant play area. But once you got inside it was much more—the areas and decor mimicked areas and foliage of Georgia. There were native trees, animals, caverns and bugs! We explored rocks, footprints, pulley systems, swamps and even excavation sites. 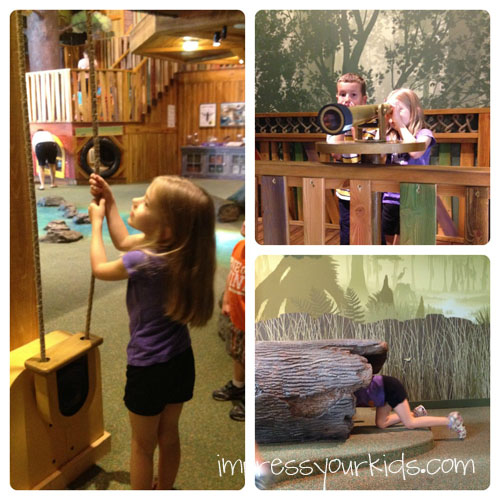 If you wanted to just run around and play you could. Or you could stop, look a little closer and see animals, geodes and specimens embedded into the play area. There were high-tech microscopes, puzzles built into the walls and interactive video games. They even had book nooks and at-your-own-pace scavenger hunts. It was really, one of the coolest interactive playgrounds I’ve ever seen. 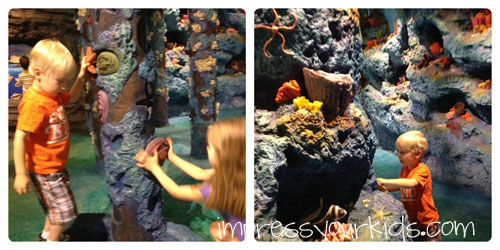 The rest of the museum walked you through the different areas of Georgia: swampland, mountains, etc. There was a shell exhibit, artifacts from Georgia, an interactive 5 senses exhibit and cultural relics. There was even a special exhibit called “The Scoop on Poop” (which the kids chanted for about 8 minutes straight) and except for the creative name, wasn’t very exciting.

One of the most breath-taking sites in the museum was the giant dinosaur skeleton replicas. It was pretty awe-inspiring to look at how large they are, towering above your head. But this is where the museum of natural history turned into a conversation about Creation versus Evolution.

In every step of the museum, there were comments, plaques and teaching about “350 million years ago” or “when humans came to Georgia”. There were paintings of animals in between their different evolutionary stages (like a giant elephant with a crocodile’s snout and a 8 foot tall furry duck).

We even watched an IMAX movie called Into the Arctic, which was beautiful–polar bears, caribou and gorgeous ice waterfalls. The first line of the movie explained that black bears migrated to the Arctic and eventually adapted to live there–turning into what we now know as polar bears. The VERY NEXT piece of dialogue said, “Polar bears were BUILT to live in the Arctic” (<–that is a quote) and “if we don’t protect the melting Arctic, what will these bears do?” (<—not an exact quote.) 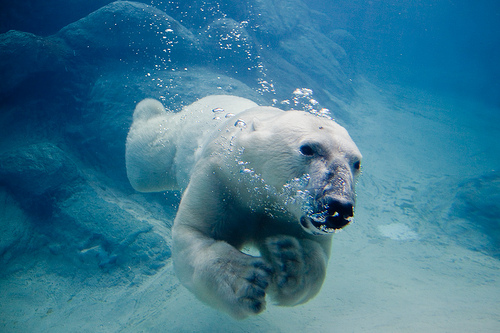 So, the entire movie was about the poor polar bears who are dying because of the melting ice. Yet, they had JUST said black bears had adapted to the Arctic. Why can’t the polar bears adapt to the new slightly warmer Arctic? But besides all that, why use the word BUILT? If they were built, who built them?! Completely illogical.

It was just so odd to me that the entire museum was based, built and centered on these evolutionary phases. There were no questions, no theories presented, no alternate ideas–just the “facts” of evolution. It was really just a giant, interactive museum showcasing the teachings of evolution. Is that really what everyone believes? Am I just naive in thinking that most of regular America believes God created the world?

My thoughts about Creation vs. Evolution (or even macro- or micro-evolution) can be summed up with a devotion one of my Science professors in college did (he was a Doctor of Genetics). He read Genesis 1:1 and John 3:16. Then he said, “I have to take Genesis 1:1 literally so I can take John 3:16 literally.”

I know there is more to it than all that, but at the same time–there’s not. God created the world. He lovingly called life into being. He didn’t haphazardly make creatures that would shed their parts to become something different. If he did, it would make me question Psalm 139:13-14, 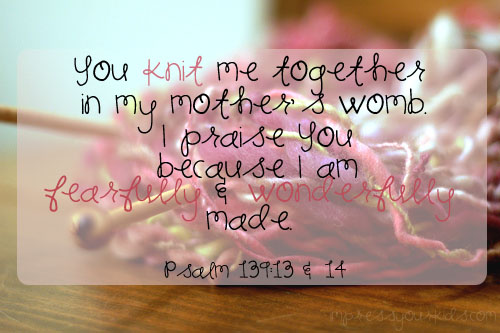 We took the museum with a grain of salt. We loved exploring the animals and landscape of Georgia, we loved imagining dinosaurs and fossils. We had an absolute blast on scavenger hunts and explorations. But we turned every exclamation into praise to God. We pointed all glory and honor to the God, the Creator of the Universe.

How do you explain creation and evolution to your kids?

linked to The Better Mom
polar bear photo source: irishwildcat yarn photo source: adamknits, text by me
disclosure: I was given these tickets as a member of the media.

❮ ❮ Stuff To Read {And Love}
Interview With a Preschool Pastor {OR Can Preschoolers Worship?} ❯ ❯