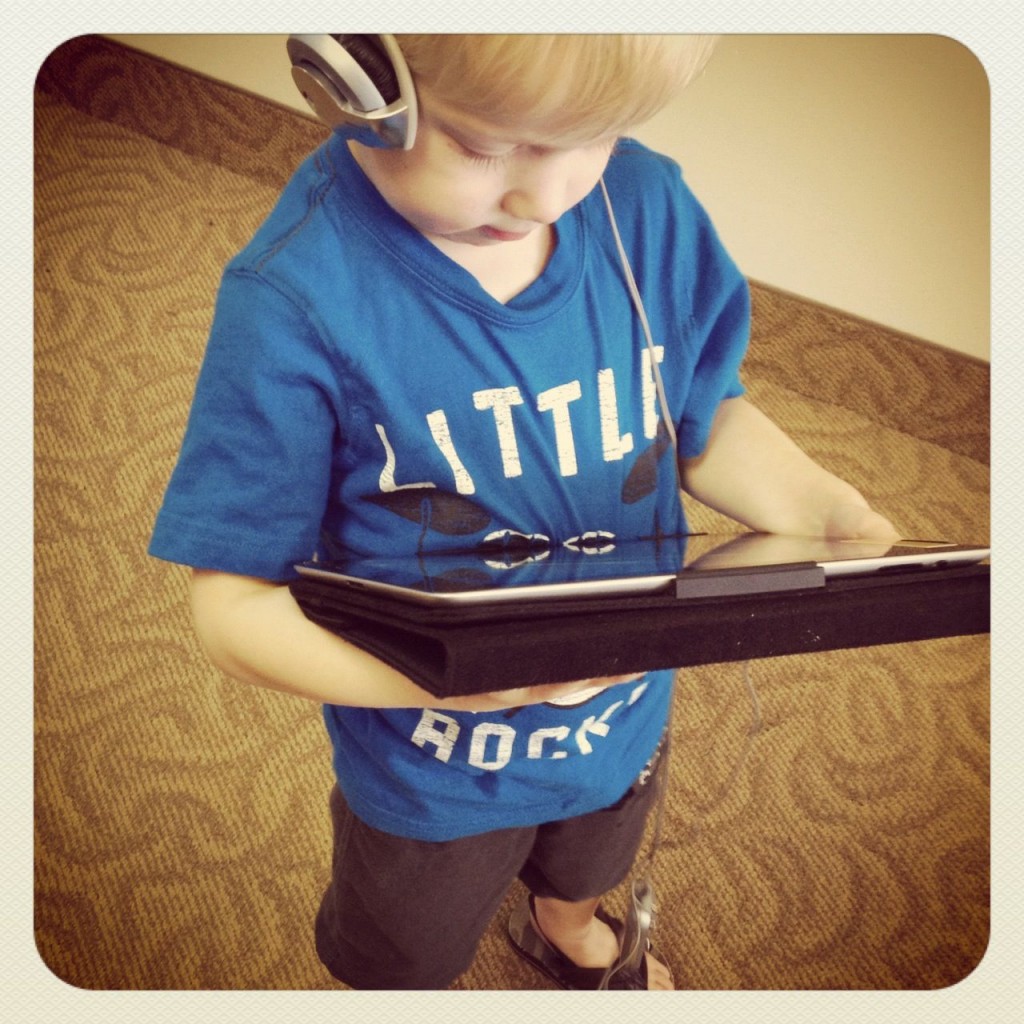 Asa reading and listening to a book on my husband’s iPad.

A few years ago Chick-fil-a had Between the Lions audio books in their kids’ meal. I already love that show (puppets! books!) and the audio is just as good. In fact, I pretty much have all four of the CDs memorized because Asa asks to listen to it EVERY SINGLE DAY.

I find him singing the songs and quoting the stories as he plays. In fact, one day I thought my little guy was so smart because he made up a song that said, “He was coming home from a distant land…”. It took me months to realize he had taken it from one of the Between the Lions stories!

Anywhoo. I really wanted to find some more funny stories on audio for him. (Ok, and for me, too. I don’t know how much longer I can listen to those CDs!) I searched through every single CD in the Christian Bookstore  (they do not have much to choose from!) and stumbled across Jungle Jam. It reminded me of a tape (yes, tape) I used to have when I was a kid. In fact, I learned Psalm 31:14 (Keep thy tongue from evil!) from that tape. Sure enough, as I checked out their website, it’s the same people! (They are also the same people who wrote the kids’ Christmas Musical “Three Wise Men and a Baby”, have you ever seen it? HILARIOUS.) 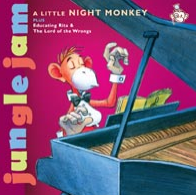 I bought Asa one of the CDs entitled, “A Little Night Monkey”. It has three episodes on it–one about a jealous monkey. Which is probably the silliest, craziest thing I’ve ever heard. It kinda reminded me of Animaniacs, only crazier. And about the Bible.

The second episode is about a little monkey who talks her uncle into doing her homework for her. A good lesson in being honest and working hard.

The third episode is my favorite. It’s about an elephant who begins to write down everything bad or mean his friends have done to him. They all begin to do the same and soon no one is friends with each other any more. They take everything as an offense and return insult with insult.

Soon, the book they are writing in is torn and the pages fly away. At first, the animals are upset that they’ve lost their record of wrongs. Then they realize everything bad about themselves is gone, too. It’s a fresh start for the animals and they take it–loving each other instead of holding grudges.

It is a beautiful and brilliant picture of how we should do as Paul says and “keep no record of wrong” when we truly love someone. I think I got tears in my eyes listening to it. Seriously.

Overall, Asa doesn’t love it as much as Between the Lions because the episodes are longer (about 15-20 minutes). But Lydia really likes it and I do, too! I think it’s perfect for your older elementary kids and especially boys since it is crazy, silly humor.

There are 10 other CDs available online and even some downloadable episodes. I think we’ll be collecting them all as soon as we can!

Have you ever heard of Jungle Jam? What other audio books or shows do your kids like?