You are here: Home / How To Be a Super Hero / SUPER New Year

Christmas Eve was almost 3 weeks ago. (Really?!) That means it’s been almost a month since I’ve done a craft, an activity or even talked (in more than every day conversation) about the Bible with my kids! So, I’m taking my own advice and I planned out a new series for the kids. And I hope you join us for this one because it’s gonna be SUPER! 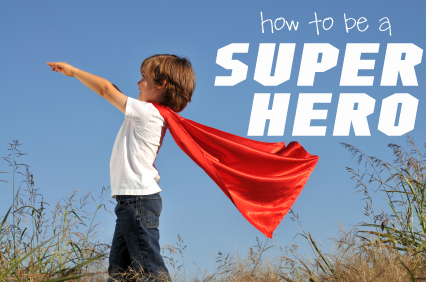 “Don’t let anyone look down on  you because you are young but set an example for the believers in speech, in life (or conduct), in love, in faith and in purity!”

When I was younger I didn’t understand this verse. Who cares if someone looks down on you? But as a mom, I can see it a little more clearly. I want my kids to not just “be kids” who disobey, can’t do stuff because they are too young or immature. I want my kids to be examples of Jesus working in them–examples to their peers and even to adults.

I want my kids to use SUPER speech, display FANTASTIC conduct, to have INCREDIBLE love, LIGHTNING FAST faith and MAGNIFICENT purity. And not so they can be some kind of model child, but an example of our real Hero, Jesus!

So, each week (or as close as I can come to it!), we’ll tackle one of the “qualifications” laid out in this verse. Next week we’ll begin with SPEECH. We’ll learn a verse about it, do some crafts or activities and at the end of the week earn a SUPER HERO BADGE! Jason at Buzzhive is designing some downloadable, printable badges for us to use! I can’t wait to show them to you!

To kick off our Super Hero series, the kids and I made Super Hero crests today. This is where we will be putting our badges as we earn them. And when we’ve earned all 5 badges, I’m going to attach these crests to a shirt or cape for them! 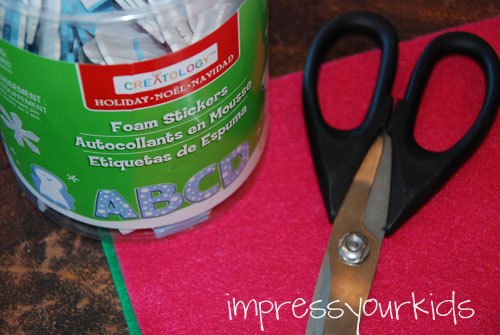 All you need is a piece of felt, some foam letters (70% off after Christmas!) and scissors. 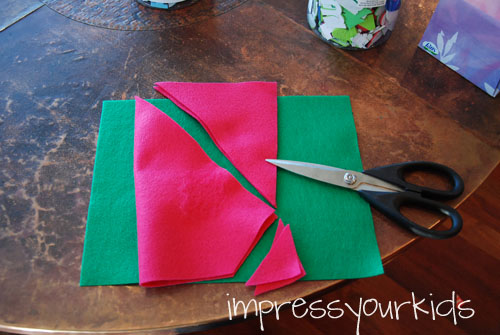 Fold your felt in half. Then cut off one small corner. Using the new top corner, cut a new line to the top folded edge. When you open it up, it will look (almost) just like Superman’s crest! 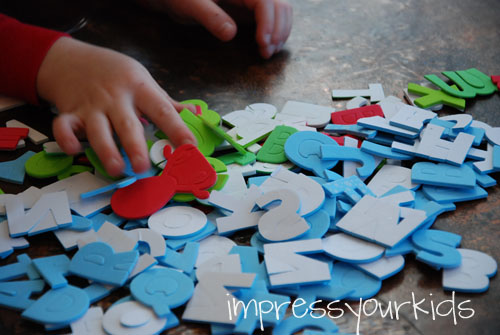 Then I let the kids look through all the foam letters for their names. Apparently I need to work on Asa’s name because at first he had, “SAAS” on his crest. Finally, I convinced him to shorten it to ASA!

Don’t have any letter stickers? Try making your own! 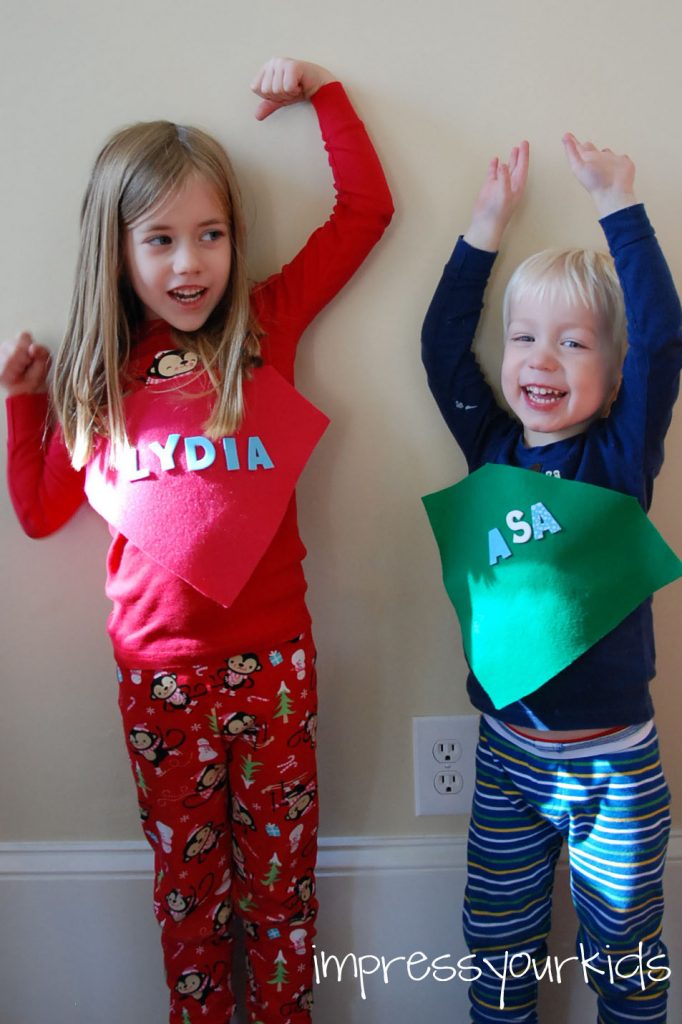 And here they are, my Super Lydia and Incredible Asa!

I hope you join us on our Super Hero adventure! I won’t be posting every single day but probably 2-3 activities per week. I’m praying this will be a fun time of hiding God’s Word in our hearts and planting seeds that will grow for eternity!

❮ ❮ The First Few Minutes of Six
How To Be a Super Hero: SUPER SPEECH ❯ ❯