You are here: Home / books / A Christmas Goodnight 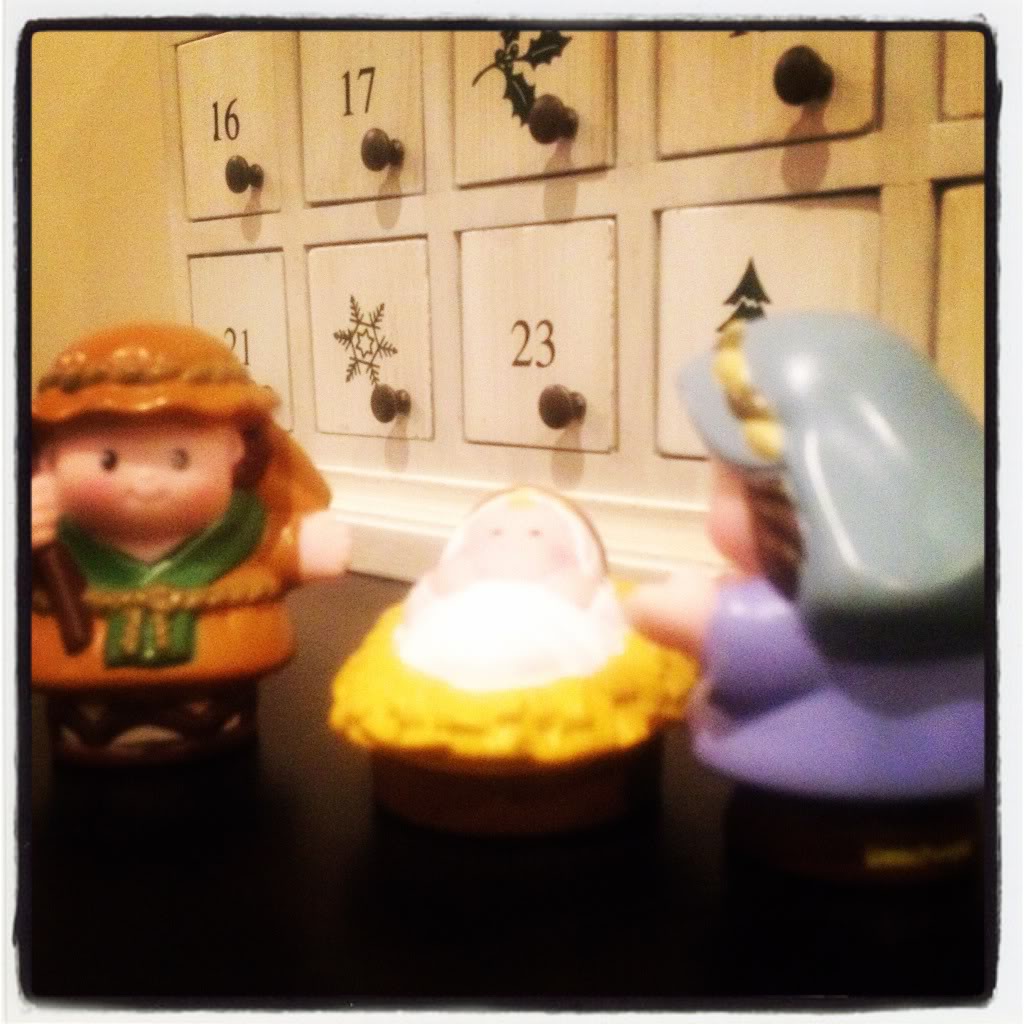 I only recently got the famous book, Goodnight Moon. I don’t know what took us so long, but finally we own it! And after doing a little “moon school” with Asa this year, it’s one of our faves. We even have a moon craft he made hanging in the window just so he can say “Goodnight Moon!” almost every night.

Well, I found a Christmas-y type version of Goodnight Moon called A Christmas Goodnight! It’s illustrated by one of my favorite illustrators, Sarah Jane. The pictures are just so real. Not realistic but real as in, “this is what it could have been like!” I love pictures that show a loving Mary or a messy stable. Not a halo-glowing family.

Anyway, what’s cute about the book is at first you’re seeing pictures of the Nativity, as if it’s actually happening. Then you realize it’s just a kid playing with the nativity scene and saying goodnight to it. So, the first few pages are really his imagination!

There’s not a huge message in the book. Just the pictures speaking for the words, “Good night to the sleepy mother. Goodnight to Joseph, too!” But I love the whole idea of kids playing with, thinking about and interacting with a nativity scene.

We have the Fisher Price Nativity Scene (above) and an Usborne Nativity book with paper dolls inside and the kids LOVE playing with them. And it’s just what I want. For them to sit for hours (like they do with other toys) and imagine about that first night. To think about the shepherds, Mary, Joseph, the manger, baby Jesus and the animals. The more they interact with it, the more it will sink into their hearts and minds.

I think it’s just a child like way to meditate on God’s Word and deeds like Psalm 143:5 says, “I remember the days of long ago; I meditate on all your works and consider what your hands have done.”

Do your kids like to pretend about the very first Christmas night?