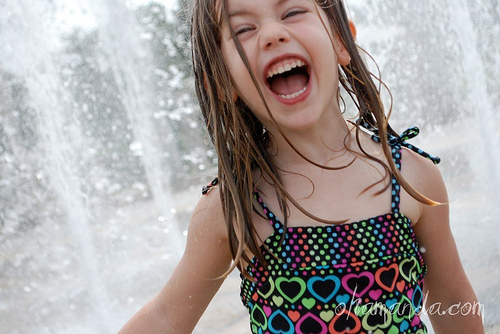 Did I tell you I entered Lydia in a photo contest? Well, I did. It was for Disney Channel’s new Disney Junior and well, I had the above awesome picture. So, I couldn’t resist!

Plus, did I ever tell you I was on the Disney Channel when I was a little kid? Well, I was. With Vincent Price.

OK. Back to Lydia. I entered her and because it was a the-most-votes-wins thing I figured I could win. Not because my daughter is the cutest (I mean, she is) but because I’m on twitter and facebook and my blog every day–surely I can pull in some social media votes!

For awhile she was on the first page of vote-getters. But pretty soon, well, she was on the 8th page. I knew she’d never win. I even stopped voting for her. Then I noticed something funny. Her picture only had a few votes (under 100) but she had over 100 Facebook LIKES! Just shows my real sphere of influence–facebook users!

So imagine my surprise when I got an email AND a letter from Disney via UPS that Lydia had won and was going to be on Disney Junior! I had to fill out an affidavit for Disney to take my life use my picture. Then I faxed it in and a few days later I got a call from Disney! They were using her picture on Disney Junior! They just needed her age to put with her name and picture. They said they’d email me the exact times her picture would be on the air.

And when I got the email I felt sick. It said, “Hi, Amanda! Just wanted to let you know that the Disney Junior spot that Amanda’s picture will be in has been confirmed!” Huh? Amanda’s picture? The rest of the email went on to talk about “Amanda’s” picture!

I emailed them back and said, “My name is Amanda! My daughter’s name is LYDIA!” They emailed me back immediately but said it may be too late to change it!

So. Lydia’s ADORABLE CUTENESS will indeed be on Disney Junior next week. But. It may say AMANDA, Age 5 next to it.

ARE YOU BELIEVING THAT?

It looks like she’s got her own 15 second spot on February 18 during the airing of Mickey Mouse Clubhouse Mickey’s Adventures in Wonderland at 11:30am on Disney Junior on Disney Channel. And then all the winners will be on together all throughout the week! Disney Junior premieres Monday, February 14, I’m assuming Lydia may be on before the 18th. So, get your TIVO fired up and start recording Disney Junior to see my precious daughter, Amanda LYDIA!

why this post is awesome:MY DAUGHTER IS GOING TO BE ON TV