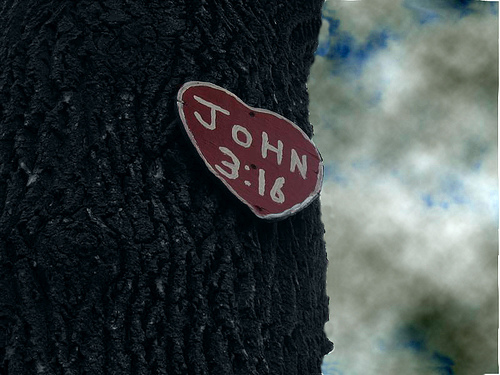 Yesterday we were listening to Psalty’s Heart to Change the World CD. Yes, it was produced in the late 80’s. Yes, it features a great big blue singing songbook. Yes, we listen to it and love it. If you want your kids to listen to KIDS music that is full of Scripture and God’s Word–you need Psalty.

Anywhoo. Where was I?

Oh yeah, we were listening to this Heart to Change the World CD during lunch. The story is that Psalty is explaining to the kids about people around the world who lack basic needs AND have never heard about Jesus. They have a big international potluck with red paper mache hearts on the wall. Well. It totally made me think of Valentine’s Day and how I want my kids to have a heart to change the world!

One of the songs on the album is a straight scripture song based on John 3:16. I asked Lydia what fun craft we could make to help us remember this verse–maybe something with the world? or a heart? Her idea was a world in the shape of a heart. I thought this was genius.

So, we got out our Sculpey clay (which I have never used before so I was super excited to try!) in blue and green and started making hearts. Well. We discovered clay is really hard. It does not feel like play-dough. In fact, Asa used his clay as bricks instead of dough. 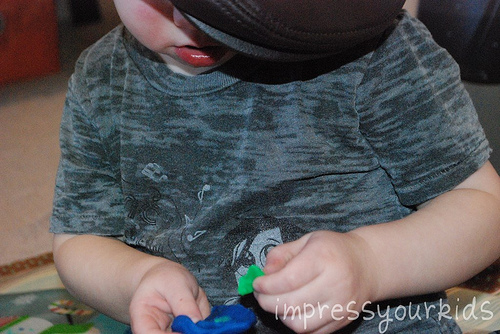 We switched gears and decided a regular world of blue and green would work just fine. We just added a small clay red heart to our globe. 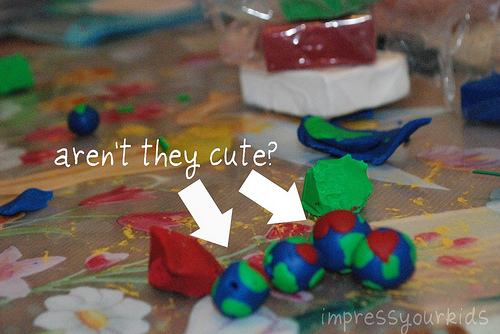 Then we pushed a wire (actually, a Christmas ornament hook) through the equator and wallowed it out a little. Then we stuck them in the oven for 20 minutes or so. When they were done, we strung them and wore them! Aren’t they cute? 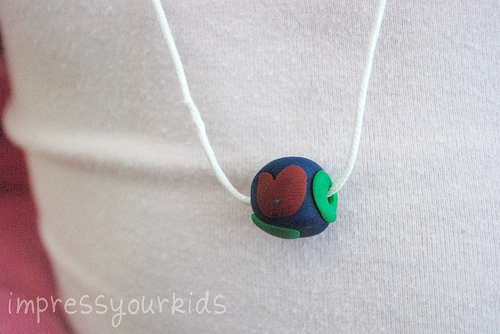 We made several beads so Lydia could give them to her friends on Valentine’s Day. In fact, she told me she wants to deliver them inside a heart envelope!

ps-ugh! Have you noticed my pictures are messed up lately? I broke my lens and have to HOLD it on the camera while I’m taking pictures. Worst. Thing. Ever. Just had to share…