You are here: Home / me / Johnny Appleseed 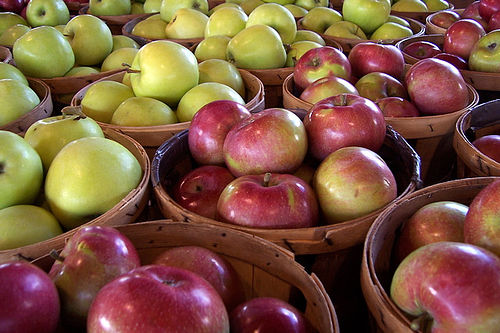 Since we are inundated with apples, I have been racking my brain for more apple activities. Especially that I might be able to finagle a meaning or truth to go with it. As my brain shuffled through all my stored up apple knowledge (this took about 12 seconds) I remembered Johnny Appleseed! Remember the song?

I went on a google search and found something I had forgotten about–an old Disney cartoon about Johnny Appleseed! According to this cartoon (and wikipedia) he was a loner who planted apple trees all across the country–mainly to help feed the Pioneers who were going west! He was also a missionary—well, it sounds like he may have had a little bit of crazy theology. But legend says his only possessions were a tin pot for a hat, a bag of apple seeds and a Bible. Apparently, he spent his days planting seeds–of apples AND God’s Word!

Even if Johnny Appleseed had some messed up theology, I love the idea that he was a missionary. And not just any missionary–he was concerned for people. He wanted them to have food. So, he fed their physical AND spiritual bodies.

Isn’t this what we do as parents? We learn to balance spiritual and physical. We work hard on food prep, outdoor activities and education just like we work on Bible memory, discipline and discipleship.

I can just imagine all the trees he planted. All the fruit they produced. Even if there aren’t any of them today, potentially many of the apple trees that are living could be from the seeds of HIS trees. Isn’t that a cool thought?

I pray the seeds I plant in my children will grow–not just to benefit them, but to benefit people for generations to come!

Here is a short clip of the Johnny Applessed cartoon on YouTube. If you search for the long version, you can watch the whole thing. (It’s actually got a ton of good stuff you could talk about–including the part when Johnny dies! It’s a great picture of soul versus body like we talked about awhile ago!)