You are here: Home / me / Pancake Books 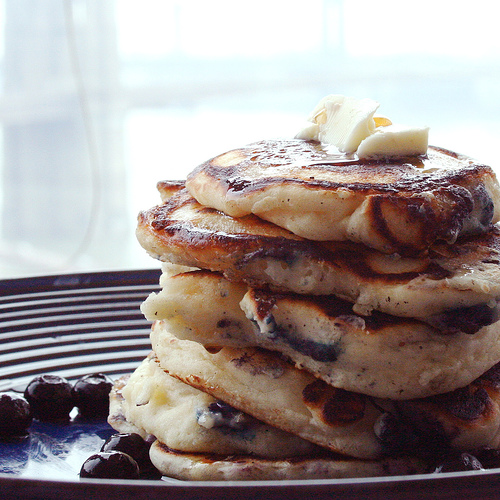 One of the first foods my son every ate was pancakes. He loves them! I usually make mutliple batches of pancakes at one time and then freeze them so we can have them whenever we want. We make banana pancakes, blueberry pancakes, cinnamon pancakes and more. Before Asa could walk, he’d crawl to the refrigerator in the morning because he wanted pancakes! It’s gotten to be a joke that Asa’s favorite food is pancakes. So much so that I’ve started picking up pancake books for him! And what’s even funnier? They are his favorite books!

I thought I’d share a few of them with you and maybe you can have a big pancake breakfast and read these books while you feast on pancakes together! 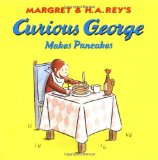 This isn’t a classic George book but it’s a cute one about George making pancakes for a pancake breakfast. The best part is there’s a hidden George on one page. Asa loves to point him out every time.

This is written and illustrated by The Very Hungry Caterpillar

‘s Eric Carle so of course, the illustrations are great. The story is of a little boy who wants pancakes for breakfast. His mother asks him to help and reminiscent of The Little Red Hen, he collects the grain, visits the mill, collects the eggs and makes the pancakes with his mother.

This is one of my favorites because there are NO words in it! It’s the story of a woman who wants pancakes for breakfast and she goes through great and hilarious lengths to do so!

If You Give a Pig a Pancake Big Book

This was our first pancake book. And probably the one that started it all. We still say, “Let’s read the pancake book!”

I tried really hard to come up with a spiritual application for pancakes. Besides the woman with the bottomless jar of oil, I couldn’t think of anything. But sometimes, it’s just nice to have an inside joke with your kids. And I think my son will never live down his pancake addiction!

Do you have a funny book collection?