You are here: Home / me / Are Extremes in Discipline OK? 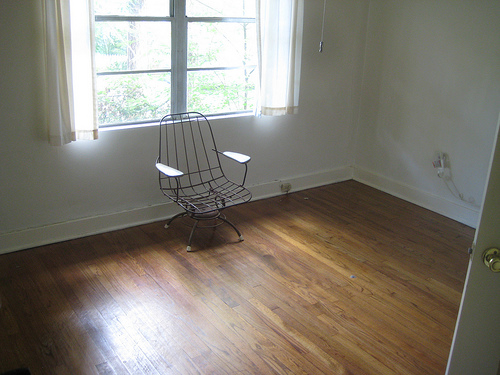 This morning Lydia began a new routine. She is to make her bed and clean her room before she comes down for breakfast. Today she stood at the top of the stairs to consult me about where to put a plastic bucket. It was a gift from a birthday party and it didn’t really fit anywhere. I gave her a few suggestions but she didn’t like any of them. She continued to whine because she wanted the bucket to go on her counter. I told her to put it in one of the places I suggested or I would put it away.

When she refused, I walked up the stairs and took the bucket. When she saw that I chose to put it in her closet (horrors!), she started screaming, “I DON’T WANT IT THERE!!” This escalated to wailing, stomping, throwing (just a blanket) and pushing (she pushed me). It was horrific. Kinda like a ballistic teenager. I was mortified.

In the midst of this turmoil, I told her that I was taking the bucket and then somehow I ended up deciding to take EVERYTHING out of her room. I put every single thing she owns in the hallway. The only thing left in her room is her bed (sans blanket), an empty bookshelf and a lamp.

Then I pulled out something Pa Ingalls taught me in On the Banks of Plum Creek. I explained that she is showing me that she cannot have self-control so from now on *I* will be doing her self-control. For the rest of the day, Lydia has only been able to do what I say. She sat at the table while I cooked. She did the dishes afterwards. She picked up my room while I washed the bathroom. She sat in the living room while Asa and I vacuumed (they call it “the vacuum game” and this was MAJOR punishment for her!). She had no bedtime story and is not allowed to move from any activity without asking me.

IT HAS BEEN HORRIBLE.

It’s more of a punishment for me than it is her. I mean, it’s working. She’s been obedient. But I’m about to go crazy. It’s hard being so…purposeful.

And there’s the rub. Is my daughter just responding to my loose standards? The tighter I become and the more strict I am with her schedule, the better she is. But is that too controlling?

Her behavior the last 2 weeks has been atrocious. I have suddenly felt like everything I’ve done for the past 4 years of her life is a sham. I am at a complete loss as to how to reach her. Which is why I emptied her room today. And why I’m making her do what I want every second of the day.

Depending on how she acts the rest of the day, we may do this again tomorrow. But where do we go from here? If she refuses to respond, what’s next?

Have you had to go to extremes in discipline?