You are here: Home / world vision / Is Child Sponsorship Worth It? 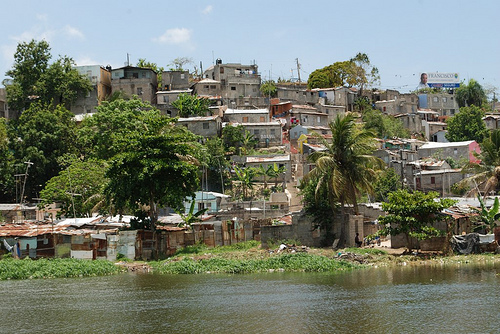 Once there was a pastor. A passionate man who started a church in northern Santo Domingo. He worked hard to tell everyone about Jesus. In spite of his hard work, there was something he lacked: music. He needed a musician to help him lead worship at his church. So, he prayed.

For eight years this pastor prayed for a musician.

Then he met a young man named John Robert…

Once upon a time John Robert was a little boy running the streets of Santo Domingo. Soon he was introduced to a Art & Music School in his community. It is a one of a kind school that gets kids off the street by teaching piano, guitar, violin, theater, drums, painting and more. It’s funded and staffed by World Vision and their volunteers.

His first day in that school the guitar teacher said, “Raise your hand if you are already a Christian.” He hid in the back hoping she wouldn’t notice his hand wasn’t raised. But soon he began to see and feel the love of God at this school. Soon he felt God reaching out to Him. He became a Christian and his desire to use his music for God grew.

Before long he discovered a church in his own backyard. A church pastored by a man who had been praying for a musician for 8 years.

But that’s not the whole story. In fact, this story goes back in time and far far away from the Dominican Republic…

Once there was a woman named Anita Cooper. She saw a sponsorship packet from World Vision. It had a picture of a little boy from the Dominican Republic. She pledged to give this little boy $35 a month. She didn’t write to him every week. She didn’t make a trip to visit him. But she was faithful in sending her money to this little boy.

And the little boy? His name is John Robert. 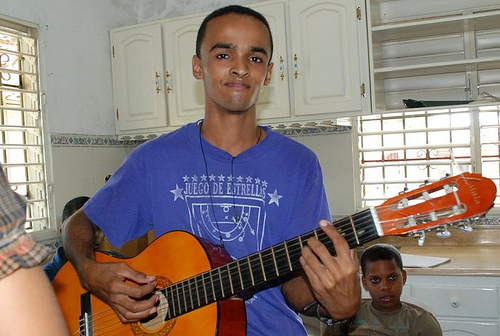 The pastor, John Robert and Anita Cooper’s stories are forever linked. Their faithfulness and obedience to God will impact far more people than we will ever know.

Sponsor a child through World Vision today and start your own story.