The Disney Parks Moms Panel Search is LIVE for 2020! Why don’t you throw your Mickey ears in the ring and try out? Here’s a bit of my Moms Panel experience…

Four months ago I went to this little place called Disney World. Anyone remember that? Yeah, it was kind of a big deal. Well, apparently it was so big I forgot to tell you about Day 3. Which was pretty spectacular. So, since my official quarter on the Walt Disney World Mom’s Panel begins Thursday (EEEEEEEEK!) I thought I’d devote this Top Ten {Tuesday} to

STUFF I NEVER TOLD YOU ABOUT 2010 MOM’S PANEL TRAINING!

{alternate title: Do You See Why I Don’t Scrapbook? I’d Be Fourteen Years Behind.}

1. Day 3 of training began with an early alarm so I could catch the bus to Epcot. Closed Epcot. Freezing Epcot. Breezy, Windy Epcot. Look-the-sun-is-not-even-out-Epcot. And why were we here? For a photo shoot, baby.

We got lined up on a big riser. There were at least 20 extra people bustling around doing who knows what. Finally, the cameraman says, “OK, the Fab 5 will be here in ten seconds.” We’re all very snarky and start counting down, “10, 9, 8, 7…” and NO JOKE when we get to 3 I see Mickey and Minnie come around the corner followed by Donald, Goofy and Pluto. I think I may have cried. How are they so perfect?!

After our group photo it was time for solo shots. Here’s Andi from Alabama—Birmingham, that is. How much of a star is she?! 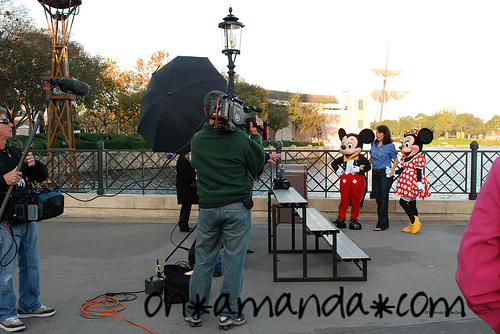 2. And now it’s my turn! Minnie & Mickey flanked me at first then stepped away for TWO CLICKS when the photog took my headshot. TWO CLICKS. 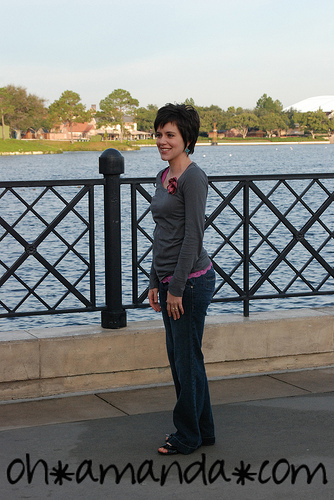 3. Finally we were released from freezing photo prison and were taken to a secret room in the American Pavilion. I was first in line by about 5 minutes. And I was so giddy I clapped my hands, filled my plate and took a picture. Yes, that is a Mickey Mouse waffle you see. 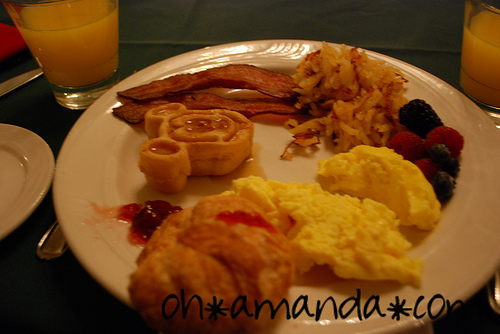 4. Now. It’s onto our video shoot. Before we could go onstage, we had a little touch up to do. This is Dorothy from Canada, eh. Our lovely (.) makeup artists primped and smoothed our hair and brows until it was time for more smiling and waving at the camera. 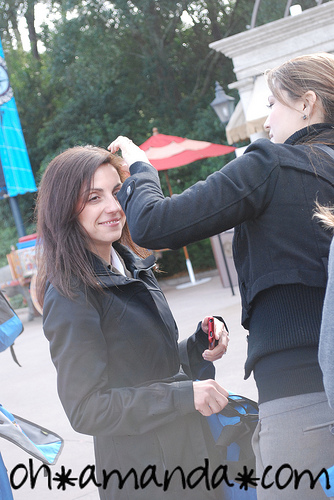 5. The Fab 5 joined us again for this “Meet The Moms” video shoot.  We also did individual videos for Disney Dads, moms of preschoolers, etc. While half the folks were taken to other locations, the rest of us were just hanging out. INCLUDING THE FAB FIVE. They just stood there with us. Just acting like, well, Mickey and Minnie, Goofy, Donald and Pluto. I mean, who gets a shot like this? It’s a like a postcard! 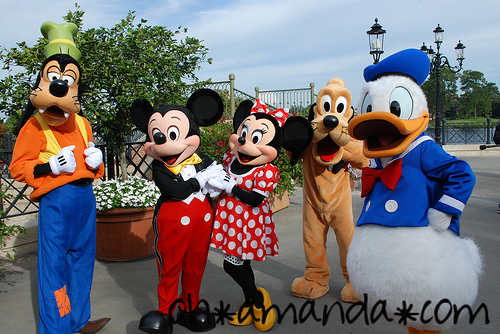 6. Pretty soon, Joel aka Zipadeedoodad started showing Mickey & Minnie pictures of his kids. It was by far the funniest and cutest thing I’ve ever seen. They acted like they were absolutely stunned at Joel’s pictures and loved each and every one. If I didn’t want to sound trite I’d say it was truly magical. OK, it was. It was magical. 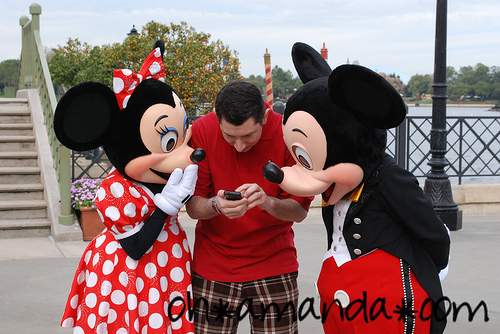 7. Next it was my turn. I asked Minnie to help me pose like her. She tried to help but apparently I’m not cut out for mousehood. 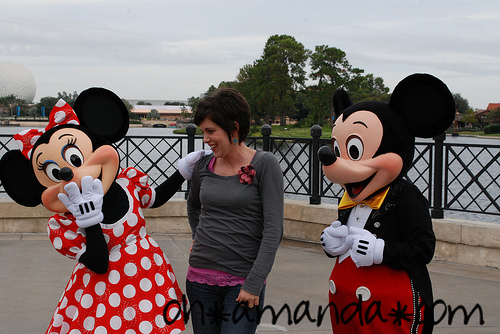 8. On our way back to the hotel from Epcot (FINALLY), we were taken by a special VIP bus driven by Tim. Tim has been a VIP chauffeur for over 20 years at Disney. He drives Tom Cruise, Kelly Ripa and who knows who else. He also drove the #magicalmoms. And when he saw me HE REMEMBERED ME. I was so stunned (how good is this man at his job?!) that I had to have a picture with him. I put the watermark over my insanely bulging stomach. Good lord. 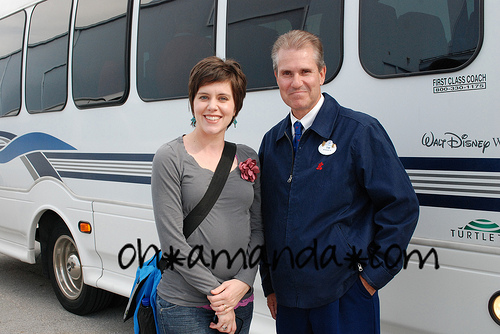 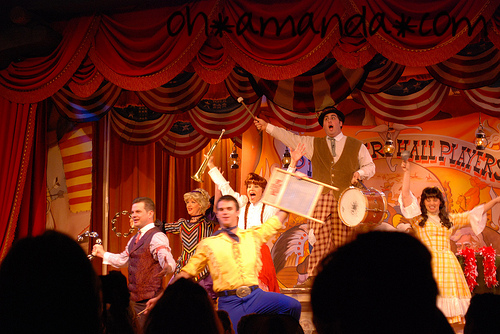 10. Oh, and this is also the night that I had my favorite picture taken of me. Yes, even over the headshot with Mickey & Minnie. This is the infamous Hoop-Dee-Doo Pork & Beans picture: 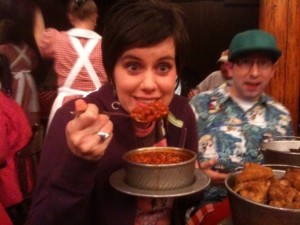 Well, that’s the Top Ten and I haven’t even gotten to that evening’s festivities. Hope you can wait till August when I update next!

Have a Top Ten list to share? Write it up on your blog, link back to moi, enter your permalink below and then start visiting the other Top Ten-ers! I can’t wait to hear what you have to say! (See the “real” Top Ten {Tuesday} page for more info!)