Today we are getting the hood installed in our kitchen. Yes. The one that goes over your stove. Yes, the stove that I’ve had for several months. Anyway, our kitchen is covered with power tools, drills, hammers and ladders. There are loud noises constantly. And Asa? LOVES IT.

He was watching the guys work and a few minutes later I found him with my glue gun “drilling” the gate. He was having so much fun. 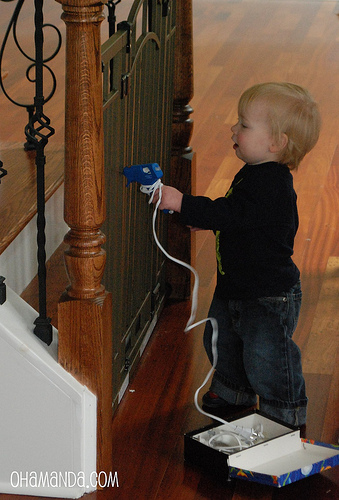 I tried to stay out of the way but every time we went downstairs, Asa would just stare and smile as he watched them hammer and measure and cut. So, after Lydia laid down for her nap, Asa and I watched them work for awhile. He sat still in my lap and literally enjoyed every second of it. When they would leave to get a new tool, he would get up and try to touch something laying on the ground. 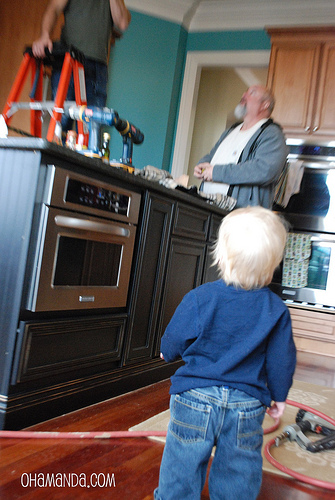 One day he’ll be in the mix. He won’t be content to sit on my lap. He’ll want to be with the guys. But right now I revel in the fact that I get to introduce him to the guy-stuff. I pray my little guy will always be a man’s man. The one that wants to get his hands dirty, help a friend, fix it up and have the broad shoulders to carry others’ loads.

Respectfully submitted to Real Life’s Your Life Your Blog!