You are here: Home / Kids Crafts / The flag flop

I had a rough beginning of the week, and I really appreciate your comments – it’s a wonderful thing to be reminded that I’m not alone…

As the week got better (and praise the Lord it did get better!) I tried a little craft with the boys – just something that I thought they would have fun with and that we could use to help us sing some songs about God (who doesn’t like waving flags while singing songs?). 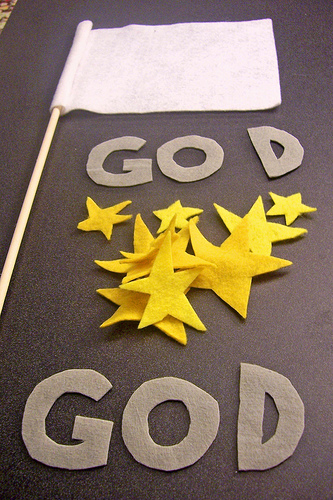 The night before, I cut out some stars and felt letters, and I glued a rectangle of felt onto a dowel rod for a flag.  I did everything the night before so the boys would be able to play with the flags right away… 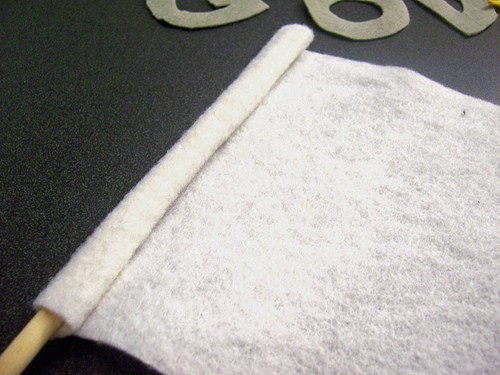 You can see I just wrapped the short end of the rectangle around the dowel, and then I smothered it all with glue (Aleene’s Original Tacky Glue worked a lot better than regular white glue, for some reason). 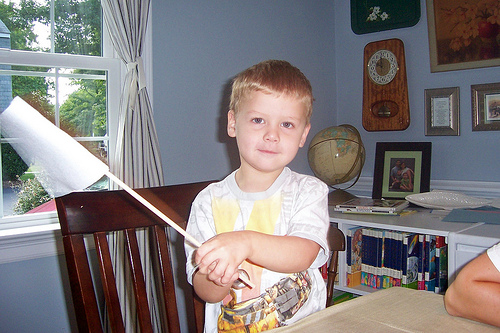 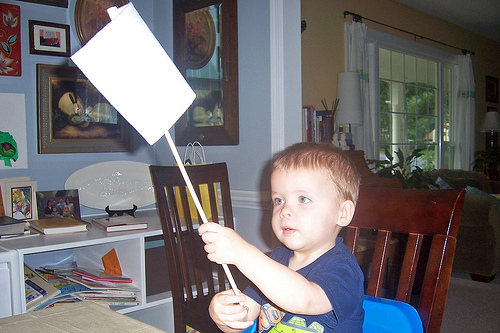 The next day, both of the boys got busy waving their white flags…

…and then Elias got to gluing.  He decided he only wanted stars on his flag. 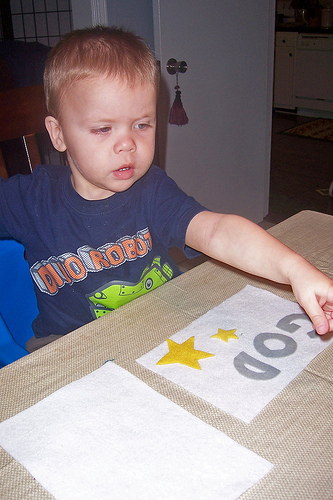 I gave Donovan an extra rectangle of felt and let him play with the felt stars and letters like a felt-board or a flannelgraph. 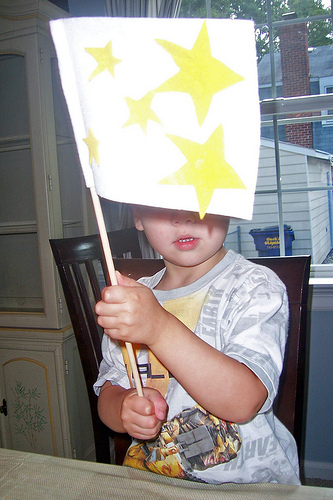 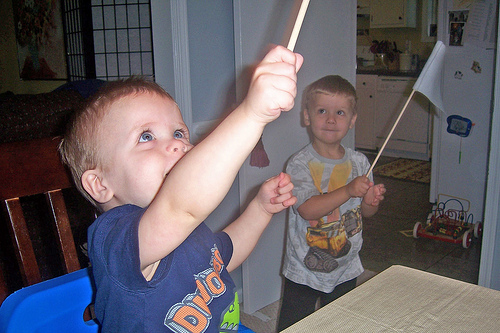 …and then he decided he wanted a plain white flag again, so he traded with Donovan.  And then Donovan waved the starry flag really hard, and all the stars flew off. 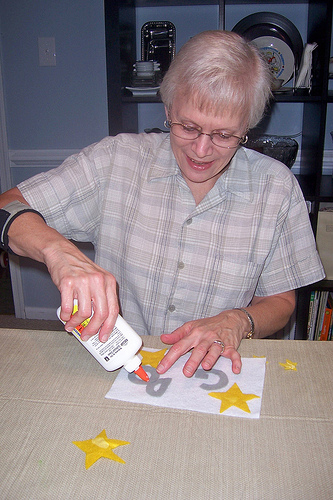 So Gam and I took over the crafting responsibilities.  Hi, Gam! 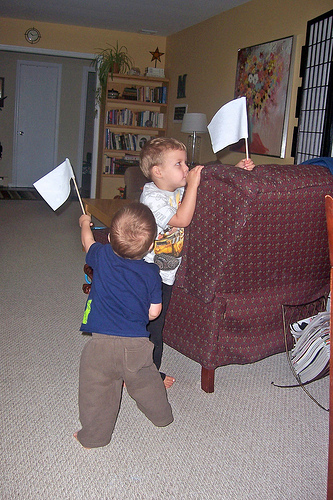 The boys continued waving the flags and running around, trying to stick them into things… 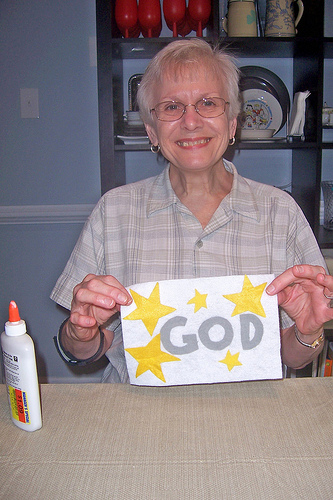 We never got to sing any songs with our flags, as my boys tend to turn any stick-type items into weapons, so the flags were confiscated.

I’ll be moving on with the boys next week to respecting God’s house… I’ve got some really fun things planned, and I’ve got some things I need to think through with this one, too.

Thanks to Heather from Not a DIY Life for her guest post about teaching kids to pray yesterday!  Both Amanda and I will be back at you next week after Amanda gets back from the West Coast!