I think I may have mentioned that Asa’s first birthday party was FUN! I enjoyed it so much. My parents came over to help me out before the party and if they had not been there, it would not have been as cute as it was. Once the party started I didn’t feel like I forgot anything or missed a beat. It was perfect!

I think we’ll start with the food. It was all EASY. I really didn’t cook anything. So, even better, right? I wanted all of it black, white or red. Let’s begin with the cake.

My bff, Staci has made all of Lydia’s birthday cakes and is absolutely a pro. We were having a hard time coming up with something creative for a black and white party that didn’t look scary or stupid. So, she ended up doing cupcakes with white frosting in a silver liner. I MADE, yes MADE cupcake toppers. And can I just say that I am SO PROUD OF MYSELF? Well, I am. PROUD. Because it looked stinkin’ awesome. 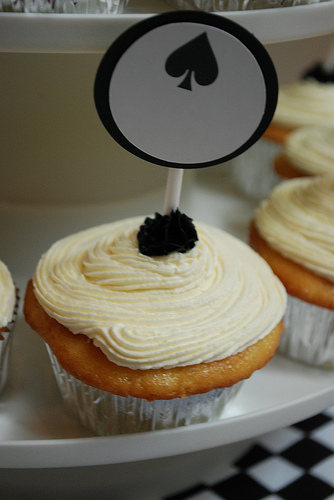 Yes! That is an actual playing card in the middle! Should I do a tutorial on these? It was just so easy and they are so cute! Oh, I love it. I could just stare at it all day. But where were we?

Oh, right. The food. Well, we also had the best and most famous black and white food ever: 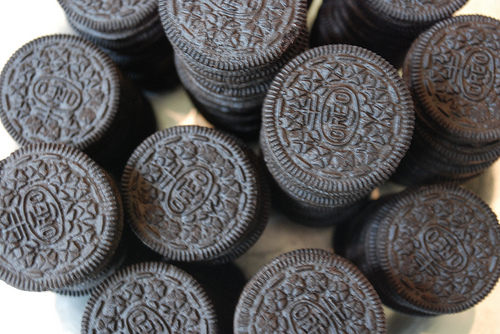 Oreos. And how much better when they are stacked like poker chips? 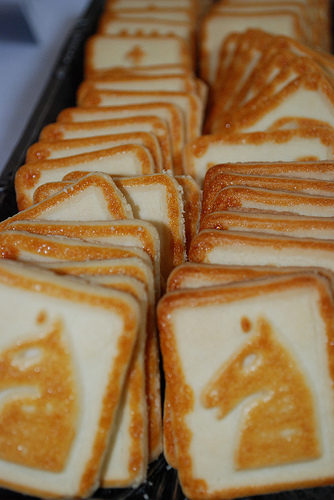 I also grabbed some chessmen cookies. Because they look the part of an ACE party. 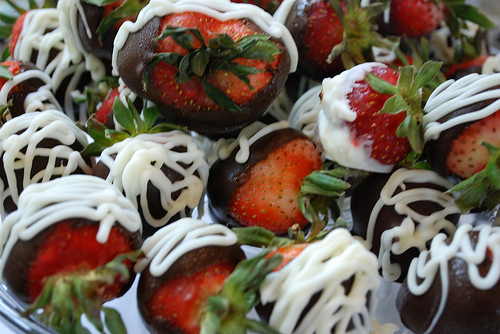 We had chocolate covered strawberries drizzled with white chocolate. Lydia and I made these in about 30 minutes. It was an easy peasy video recipe from Kraft Foods that unfortunately included lard shortening. I was going to half white on black and half black on white. But the white chocolate would NOT stick to the strawberries. It was weird. So, I just blobbed the white chocolate into a ziploc bag, snipped off the end and drizzled it  it on top instead. I think it turned out nice. Especially after I stopped trying to make it look neat—the more chocolate the more better. 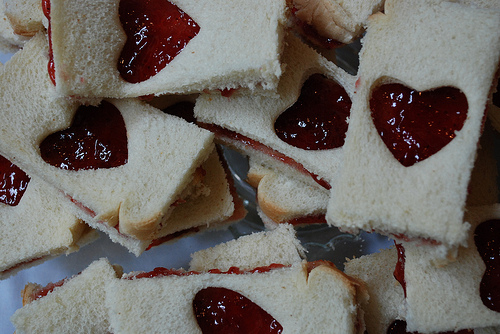 Next was the ACE of HEART sandwiches. Nothing like an $.88 pack of white bread and a tube of squeezable jelly to make a fancy shmancy sandwich, huh? I just sliced off the crusts, cut the remaining bread in half, then popped out a little herat with a cookie cutter. We skipped the peanut butter because we were lazy peanut allergies who needs it? I coupled the sandwiches with my favorite red (and red-ish chips), Terra Chips. They are veggie chips and I could eat a whole bag in one sitting.

The only food I didn’t get a pic of needs no explanation introduction or review: THE MAGICALLY DELICIOUS CORN DIP from my friend Jessie at Vanderbilt Wife. I may soon be bottling this.

As for drinks, I bought some Spongebob Squarepants mini water bottles at KMart that were BOGO. Lydia tore the tags off and I created a SUPER cute label with some digital scrapbooking stuff. Alas, my printer ran out of ink and refused to print them. SO. I looked around and noticed all the playing cards I had used to make the cupcake toppers. They had a perfect hole in them for water bottles. And look how cute they turned out! 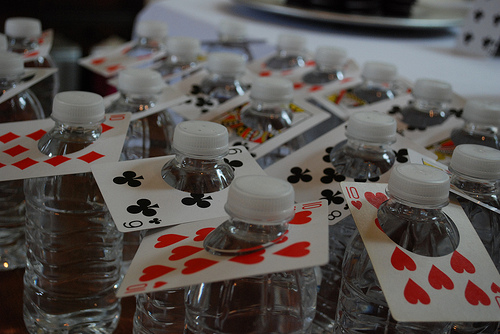 I decided to do a punch, too. I wanted something red that didn’t taste like Hawaiian Punch. In fact, I tweeted the exact same thing:

And within 4 minutes I had 2 punch recipes—one of them from two different people. So, without further googling, I took my tweeple’s advice and we served Amy’s Strawberry Punch. It was so yummy! Thanks, ladies for pointing me in the right direction!

And because I love Picnik-ing and because I think you really want to see it all in one spot, here is the final reveal: 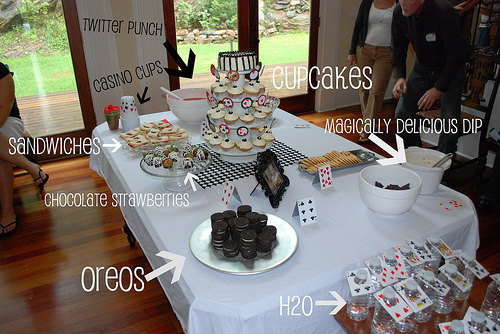 And if you missed it: The Ace Invitations, The Ace Games, Decor and More!