You are here: Home / Devotions for You / A Little Girl and a Poor Frail Lady 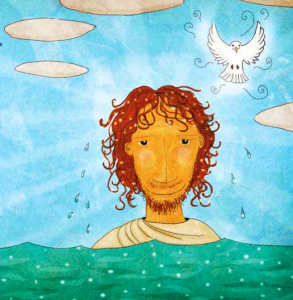 A few weeks ago my dad began an almost year-long medical treatment for Hepatitis C. Every Friday he gives himself a shot and then every day after that he takes oral medication. His liver is in the final stages of Hepatitis C and without this medication, his liver will stop functioning. And of course, that would mean death for my dad. For Daddy.

For the first few weeks, Daddy’s only side effects were fevers, a little bit of nausea and flu like symptoms. Then last week, my mom called me and said that Daddy had a bad night. He had passed out in the hallway in the middle of the night. He was minimally responsive, turning shades of grey and yellow. She called 911 and when he finally got to the doctor, they ordered a CAT scan and blood tests.

We were relieved to see the CAT scan results come back normal, liver enzyme tests return with positive results and blood tests looking better. The only problem he is now facing is about blood platelets. A normal person has about 150,000 (I think!). Daddy has about 70,000. So, this is making him very fatigued–because his blood isn’t bringing oxygen and other nutrients to his body.

As you can imagine, this has been a huge ordeal in our family. We’ve been having daily phone conversations, I’ve been emailng friends, cooking food and anything else I can think of. When Mama called me about that horrible night, I was crying on the phone. And my 3 1/2 year old Lydia was standing right there.

She has seen and heard a lot of scary things about one of the people she loves best in the world: Papa. I’ve tried to shield her from most of it. But when we’re at his house and he’s laying on the bed instead of playing with her, it’s easy to see that something is wrong.

We will be playing or driving and she’ll randomly ask me a question like, “What’s plates?” (As in “platelets”.) Or “Did Papa have a bad night?” She’s been playing doctor more than usual with her animals having Hepatitis C and needing medicine five times a day. It breaks my heart!

So, I’ve been trying to figure out how I can best reassure her and comfort her from God’s Word concerning healing for Papa. Of course, we pray for him regularly–every time we think of it–even in the middle of the grocery store. But the other night a God moment happened…

We have picked up The Jesus Storybook Bible

as our before-bed book again. We usually read a random story out of it once a week, but right now we’re reading it straight through. The story that night was, A Little Girl and a Poor Frail Lady (from Mark 5). I’m going to briefly tell you the story…because you may know the two stories separately, but when you read them together, there is something powerful about them:

Jairus had a daughter who was very ill. He decided to find Jesus and see if he would heal her. When Jairus found Jesus, he immediately left with Jairus. Now, on their way to Jairus’ house, the crowd was pressing in on Jesus and his disciples were acting the body-guard on him when suddenly Jesus stopped and said, “WHO TOUCHED ME?”

This is hilarious to me because Hello? Who says that? Much less in the middle of a crowd? Even if the crowd wasn’t big, there was at least his 12 disciples and Jairus, right? The disciples thought the same thing and were like, “What in the world are you talking about?”

But the Bible says Jesus said this because “he felt the power go out of him” (*shiver*). He turns around and there is this woman who has been sick for TWELVE years. She has been sick with a blood disease and had spent all her money on doctors—doctors that could not help. She tells Jesus her story and explains that she knew if she just touched his clothes she would be healed. Jesus looks at her and says, “Your faith has made you well.”

OK, so all this time of Jesus trying to find out who touched him and a bloody woman kneeling before Jesus, Jarius has to be freaking out! You know he’s thinking, “JESUS! Come on! My daughter!!!” Sure enough, right then one of Jairus’ servants comes to him and says, “It’s too late. She’s dead.” I cannot imagine Jarius’ shock and pain.

But Jesus doesn’t listen to the servant. He goes to the house and tells the mourners there, “I’m going to wake her up.” And they LAUGH at him. They LAUGH AT JESUS. The Bible says “he put them all out”. He didn’t want their mockery and doubt near him. So, he puts them outside and walks upstairs to the little girl. He holds her hand and says, “Get up.” She does. And then Jesus tells them to give her something to eat!

So, anyway, we are reading this story in the The Jesus Storybook Bible

and Lydia is enthralled. I don’t think she remembered ever hearing it before. When we got to the part about the woman touching Jesus’ coat she interrupted me.

I can’t remember exactly what she said or asked but she made the motion of touching Jesus’ coat. And we talked about Papa. How Papa had been sick with Hepatitis C for several years. How the doctors didn’t know how to make him well. We talked about how powerful Jesus is—that someone could just touch his clothes and be well. We talked about how easy it was for the woman to receive healing from Jesus–just by touching his coat. Then Lydia made the motion again—reaching out to grab Jesus’ coat. At a three year old level (which may be a better and more faith-filled level than my 32 year old level) she understood and believed Jesus. She knew that Jesus healed and connected it to the need of her Papa.

The story ended with, “Jesus was making the sad things come untrue, mending God’s broken world.” And ever since we read that story it’s stuck with me–the similarities of the woman’s blood disease and my dad’s. The relationship of a father and daughter. The faith of a woman. The Power and Love of a Savior.

is coming out in October and includes the complete book on audio. The audio is read by David Suchet and you can even hear a few of the stories including A Little Girl and a Poor Frail Lady on the new Jesus Storybook Bible website.  I cannot recommend this book more highly. It’s more than a bedtime story or a kids’ Bible story book. It is an introduction to Jesus and his Never Stopping, Never Giving Up, Unbreaking, Always and Forever Love.

photo from The Jesus Storybook Bible. Illustrated by Jago.