You are here: Home / me / Something Beautiful Happened Today… 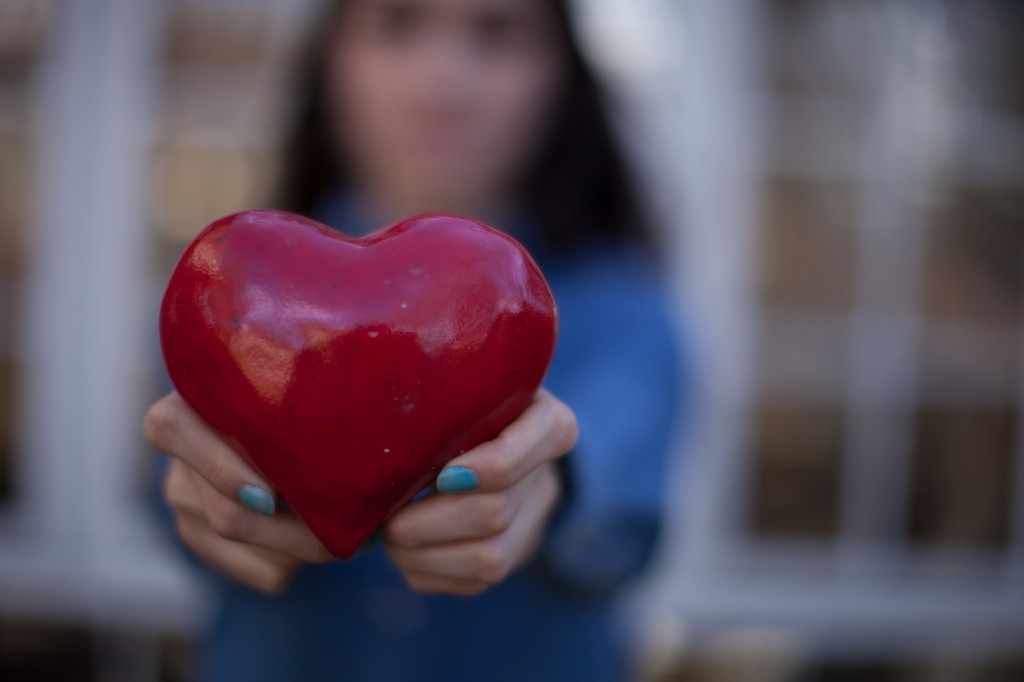 …God spoke to me. He did. I know I’ve mentioned if a few times, but my husband and I are very uncertain of our future. We’ve been out of full-time vocational ministry for over a year. We’ve always always always known that’s what we were supposed to do with our life. But after two very hard ministry positions, we’re just at home in Atlanta being “normal” people.

And I struggle with it sometimes. I don’t feel like I’m doing “what God wants”. In fact, I don’t even know what God wants. So, today, after too many days of not spending time in my Bible, I picked up my nouveau devo, Take Flight and began to read. This book is written by one of my favorite authors, Robin Jones Gunn. I know I’ve blogged about her several times, her books gave my friends and I the great title of “sisterchicks”. But I really started reading RJG’s teen series about Christy Miller when I was in 6th or 7th grade. I identified so much with Christy that I wrote RJG a letter that said, “I think your books should be called the Amanda series!” Even today, there are things I think about that come from those books.

Anyway, here’s what I read today from one of my far away mentors, Robin Jones Gunn…

“I was convinced that the best–and probably only–way I could honor God with my life was by devoting myself to full-time ministry.” And so Robin applied to be a laundry supervisor at a mission in Nairobi, Kenya. But was rejected because she lacked “sufficient experience and abilities for this position”. She says, “I never expected such a response. Apparently I was too ungifted and untalented to wash clothes for Jesus in Kenya. What then, could I possibly do for Him?”

That Sunday she went to the junior high girls’ Sunday school class she taught to tell them she wouldn’t be going to Nairobi. The girls suggested, “You should tell stories…Your stories make us think about God in a new way.” Robin was devastated. She “needed to do something tangible for the Lord. Something solid. Not something airy and capricious, like spinning fanciful tales.” So, she stayed at home, got married, had kids and continued to teach junior high Sunday school but “in a concealed part of my spirit, I felt as if I had turned out to be a big disappointment. Yes, I was serving God with my husband in full-time ministry, but I wasn’t like…a missionary in Peru doing great work for God.”

Robin continues, “Then, on a camping trip with our youth group, a tent full of thirteen-year-old girls challenged me to write the kind of stories they wanted to read. They even volunteered to help me by telling me everything I did wrong. It took two years and weekly critique sessions with those teens before my first novel was published in what became the Christy Miller series. That book, Summer Promise, has been translated into five languages, and mail has come in from girls around the world saying that they gave their hearts to Christ after reading that story.”

(I was in tears at this point…)

One of the girls that read Summer Promise was a girl named Wambura. Robin met her at a writer’s conference. Wambura was a young author who wanted to write similar stories for the girls of her home in…wait for it…Nairobi, Kenya. Robin told Wambura that she had wanted to go to Kenya but never got to go. Wambura replied, “Ah, but your story did come to Africa. Perhaps you were never supposed to come. Only your stories. You sent your stories, and they have washed the hearts of many young girls just like me. In Nairobi and around the world. Do you see? God’s will has been accomplished. You have been a supervisor of laundry.”

Did you see that? Did you hear it? God’s will was accomplished! Robin thought it was in this big, hard ministry to Kenya. She even felt rejected and disappointed that she wasn’t doing what God wanted. When in fact, he had been leading her step by step into his perfect and amazing will.

It’s hard to imagine that God is at work in us when we are waiting. It doesn’t seem possible that the places and things I think I should have accomplished by now are not the things I should have accomplished. You remember the story of Joseph, right? The Amazing Technicolor Dreamcoat guy? Well, his brothers hated him and his big dreams. They said, “Come now, let’s kill him and throw him into one of these cisterns and say that a ferocious animal devoured him. Then we’ll see what comes of his dreams!” And I picture God just shaking His head saying, “As if that would throw off my plan! Joseph’s dreams will come true because I gave them to him.” God had to lead Joseph through several terrible situations. I’m sure there were times when Joseph wrestled with disappointments and rejection. But through it all God was leading him step by step. God’s will was being accomplished.

And one day when hindsight is 20/20, I’ll see those steps. And I’ll see that God’s will was accomplished. I’ll see my “laundry supervision” morph and develop into the big plan that God planted in my heart long ago.

Thank you God, for not seeing us as rejected. Thank you for not being disappointed in us. I pray we’d say with Mary, “I am the Lord’s servant…” Amen.

{originally published November 27, 2007…and if you go back and read the original post, you’ll see a comment from THE Wambura!}