You are here: Home / me / Stuff I Keep Forgetting To Tell You Part 1: Thomas and Friends LIVE

I have about 12,322 posts I keep meaning to write. But for whatever reason (don’t wanna find my camera, kids are crying, i’m too tired to write coherently, etc. etc. etc.)  I haven’t sat down to write them. Then it’s like 3 weeks after the fact. And I feel stupid for writing it. But at the same time really think it will change your life and enhance your worldview and make the world a better place. So, here we go…the first of a (at least) 3 part series: STUFF I KEEP FORGETTING TO TELL YOU. (Nice, huh?)

A few weeks ago Lydia, my nice Nora, Les, Asa and I went downtown the the fabulous Fox Theatre to see Thomas and Friends LIVE on stage! I’ve never even watched Thomas the Train tv show before, but the Fox is just something you can’t pass up! It was built in the 20’s and is just the coolest, fanciest, swankiest venue ever.

So, while all the little boys in attendance were dressed in conductor outfits and Thomas the Train hats, Lydia and Nora were dolled up Fancy Nancy style.  Lydia was only slightly terrified by the big stage and dark theater. But pretty soon she was singing and dancing and CHOO-CHOOING with the best of them. 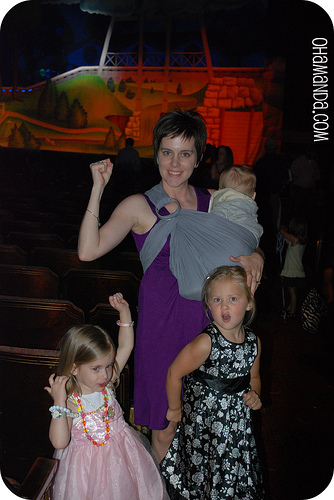 It was a pretty good show. I mean, it was Thomas, so it wasn’t like super exciting. But there were cute dances and interactive songs. The characters were funny. The trains actually moved around on the stage. I thought they might be like puppets. Speaking of which, there were some funny animal puppets. They were Lydia’s favorites, of course. 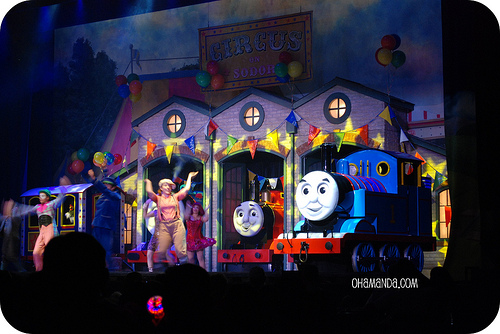 I think Lydia and Nora thought they were Hollywood Divas. They had so much fun. They saw a sign that Dora was coming to the Fox next month. Of course, they wanted to come back and see her, too. I think I’ll let my brother take them next time. I can only handle so many preschool shows…

(thanks Thomas, BP Media and MomSelect for the fun day!)

Stay Tuned for Part 2: The Botanical Gardens with Lydia’s Betrothed