My cousin’s husband, Al has never been to Georgia before. My dad wanted him to see some real Southern stuff, so we headed off to Georgia’s biggest southern attraction, Stone Mountain! If you don’t know, Stone Mountain is one of the world’s largest…uh, stone mountains. It’s actually very cool. Not only is it a natural wonder, it’s also one of the man-made wonders of the world because of the carving in the front. If I remember correctly, the carving is so big you could park a school bus on the horse’s back! 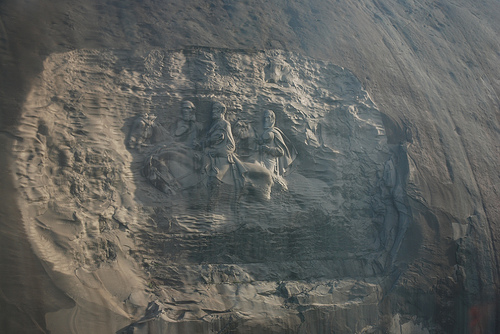 But before we rode the sky-tram-thingie to the top of the mountain (where you can see all of Atlanta!), we stood in line for an hour to experience the Sky Hike! This is a half-mile ropes adventure course for families. You can choose one of three courses—12 feet off the ground, 24 feet off the ground or 40 feet off the ground. You wear a harness and then are connected to an overhead track…you know, to make sure you don’t plummet to your death below.

At each platform you can choose the “easy” path (a sturdy balance beam or platform) or the more difficult path of a ROPE. As we were standing in line I was not remotely afraid. I was excited about it. I wanted to go on the very tip top and knew I’d be able to do it.

We finally got up to the 2nd level and there was a long line for the 3rd level. Once we realized you could do the 3rd immediately following the 2nd level without standing in line again, we decided to go on the 24foot trail. We walked up a plank to the first platform. I began to take the first step and WAS TERRIFIED. I could not believe how scary it was. It was like taking a blind leap off a cliff!

I finally made it across but when I got to the second platform realized my heart couldn’t take another tip-toe-across-a-piece-of-dental-floss moments, so I alternated easy-hard-easy-hard path. It’s kinda hard to describe but here’s a few pictures of us doing doing our best Spiderman impersonation. 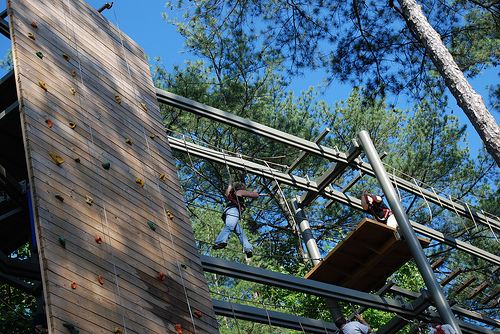 My cousin, Staci on the top level! 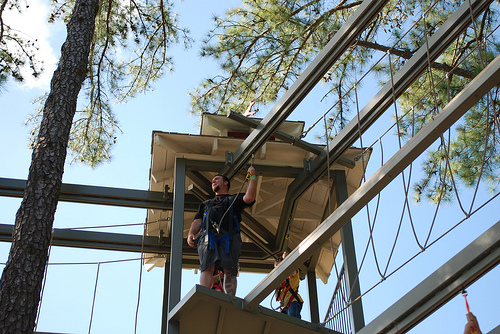 Al waiting for us to catch up. 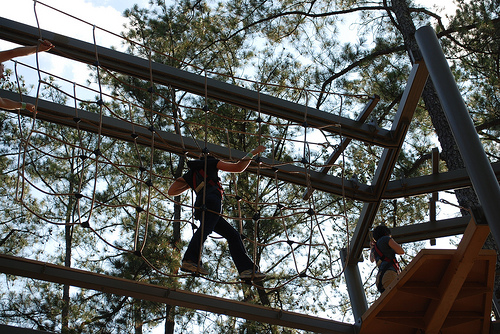 Michelle on one of the “hard” paths. 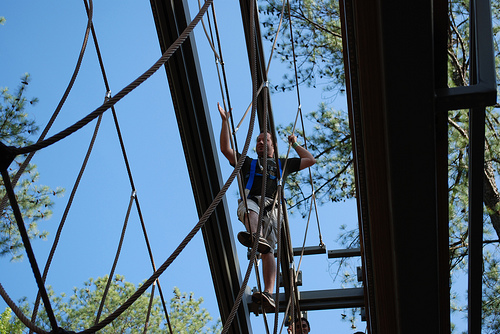 Les zipping along on the hard path. 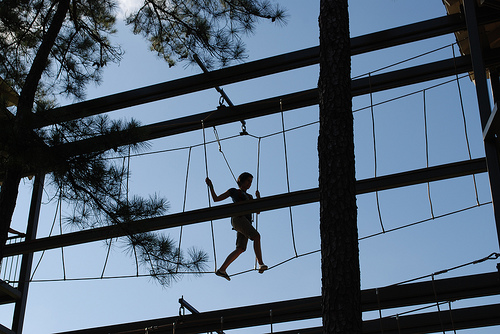 Me, looking way more confident than I felt. 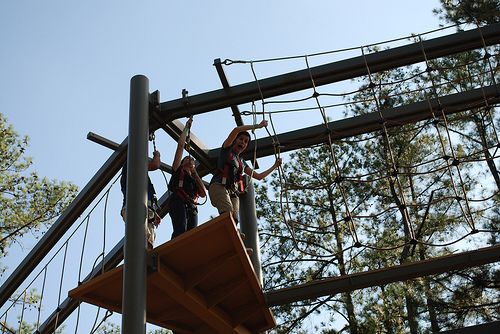 and the way I really felt!

Daddy was on the ground taking pictues of us. I yelled down, “THIS IS SO SCARY!” and he said, “Amanda, you look like you’re on the Amazing Race!” Alas, now that I’ve done the Sky Hike, I realized I’m too wimpy to be on The Amazing Race. Good-bye, One Million Dollars. *sniff*

We finally made it to the end of the trail (Michelle and I opted OUT of the 3rd level), kissed the ground, then headed for the top of the mountain. It was breathtaking. 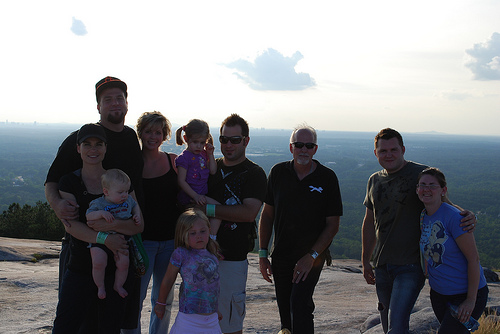 the fam at the top of the mountain

Oh,here’s Asa in all of his Southern-fried glory…and his own raccoon cap! 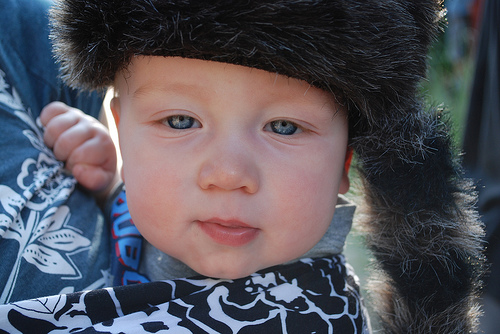 king of the wild frontier