You are here: Home / me / Blissdom: The Blogger Stalking

So, my stalking skills aren’t what they used to be. Having a little pirate in a sling, a stroller in your hands and a sweet new pink Lands End bag on your shoulder doesn’t do much for casually walking up to a rock-star blogger. And you certainly can’t pose one of those I’m-pretending-to-take-a-picture-of-this-tree-but-really-it’s-0f-a-famous-person shots.

For some reason I expected to walk into a room and recognize everyone immediately. But since everyone basically has a .5″ avatar (at least on twitter) that just wasn’t the case. I did find Jo-Lynne immediately. Along with Sarah and Robin. Then Stephanie appeared from around the magic curtain (separating the speakers from the common folk). Asa and Ivy hit it off right away, of course. 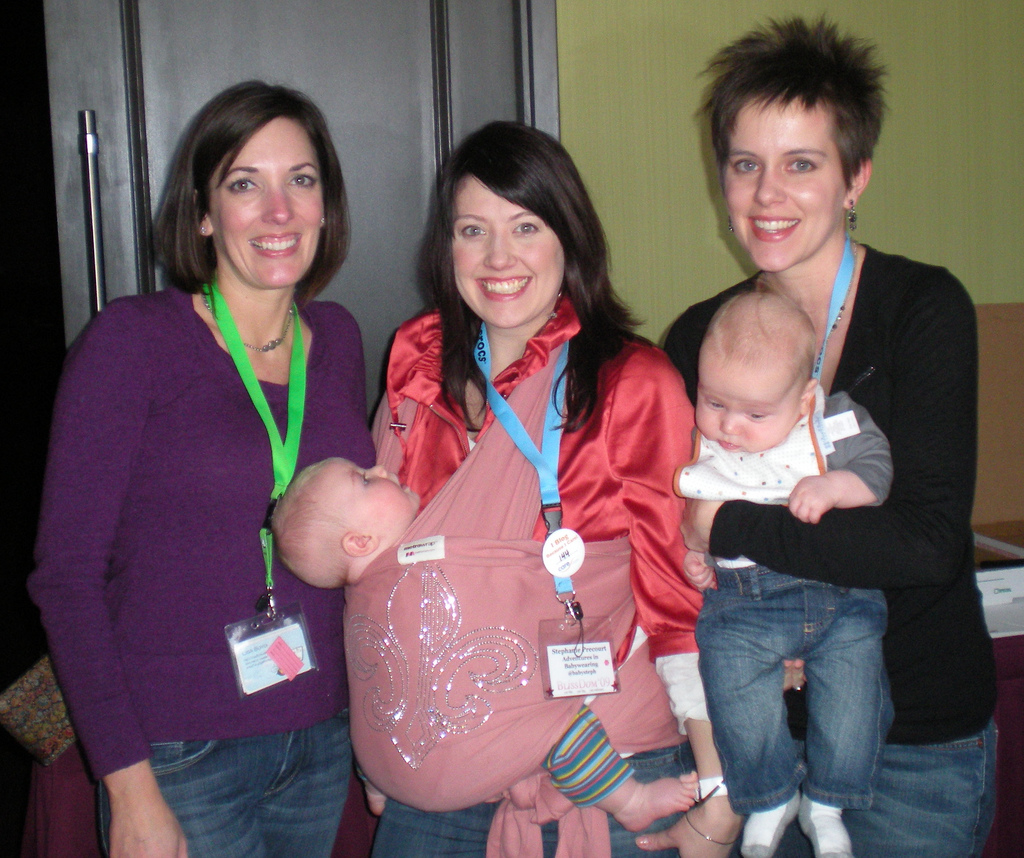 Jo-Lynne, Stephanie & Ivy, Asa and Me. photo by Jo-Lynne.

After finding our room and getting slightly organized, I headed back down for the first session. And let me say that having a baby with you is a grrreat way to network. You are immediately drawn to other mamas and others are immediately drawn to you. So, right away I met Sarah and her sweet baby Asher. Then joy of joys, JESSIE and LIBBIE! She’s one of my bbb and I was so happy to see her! We spent lots of quality time out in the Blissdom Nursery (aka…the couch on the end of the hall) along with the rest of the blissdom babies. 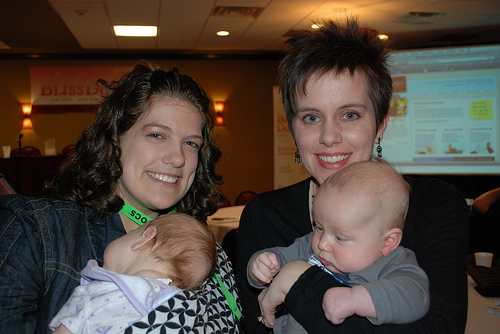 Jessie & Libbie and Asa & me

That night Asa and I did hit up the cocktail party. Not sure if I’ve ever been to an actual cocktail party. So, I wore red heels. Because any social faux pas can be forgiven if you’re wearing red heels. Anyway, Asa wasn’t having the sling, so we went with the stroller.

And guess what? I was apparently so hot entertaining that someone actually took one of those i’m-pretending-to-take-a-picture-of-this-tree shots OF ME! I happened to stumble on BabyBloomr‘s blissdom post and look what I found… 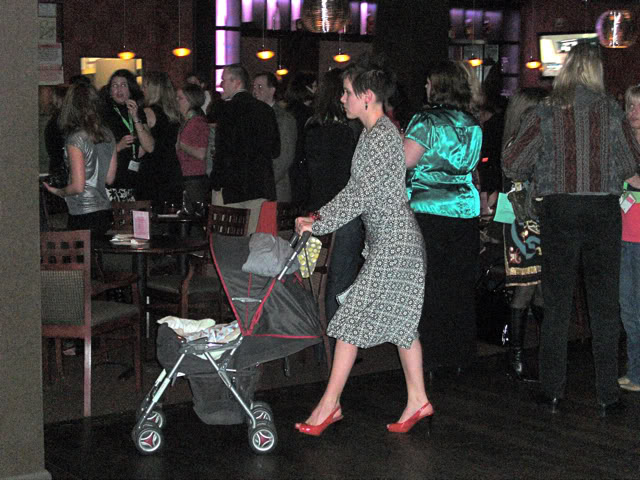 I told everyone I felt like the girl on Sweet Home Alabama: “You have a baby! In a bar…”

And that night I did meet one of my bloggy heroes, Shannon at Rocks in my Dryer. She was chatting with Moriah and Sara so I moseyed on up like I was one of the crowd. She introduced herself and when I said, “I’m from ohAmanda.” She said, “Oh! Oh Amanda!” LIKE SHE KNEW WHO I WAS! (I’m totally not going to link to her so she doesn’t read this…)

Oh, here’s a pic of Asa and me while I contemplate how to stalk Shannon… 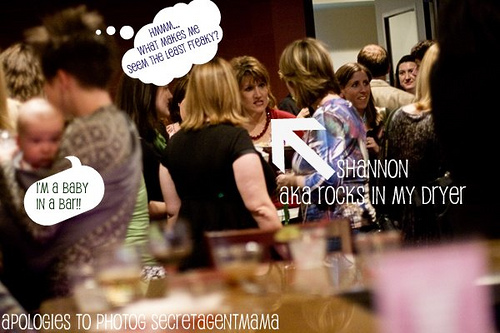 another great photo by secret-agent-mama

I met so many other great bloggers. I just wished I’d snagged more of their bloggy business cards. I personally had some pretty cute ones–my brother designed them and my friend Cory printed them. 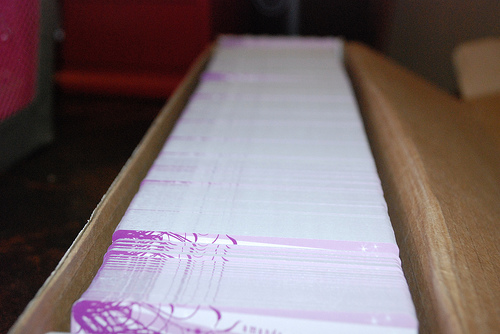 I have 1000 of them! Maybe I should have a Business Card Giveaway Round Up because I’m going to have these for the rest of my life.I loved collecting everyone’s cards, too. Here’s a few I snagged… 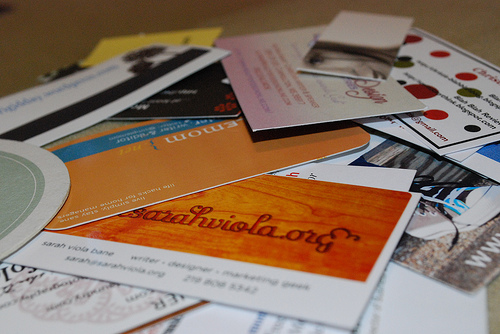 Well, I think that’s enough stalking for today. Oh, except this pic of Asa and Heather from Domestic Extraordinaire. She was literally the Baby Whisperer and had Asa laughing hysterically for about 15 minutes! 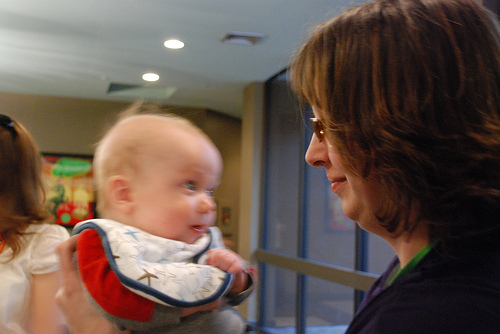 (I’ve got some more blissdom posts up my proverbial sleeve. But to borrow a page from Stephanie, if you have any questions, please leave them in the comments and I’ll answer them asap!)