You are here: Home / me / Random Winners

Every Sunday night Kristen comes over to watch Amazing Race so we can covet their experience. And fame. And matching bandanas.

So, as we were eating our Chinese takeout and waiting for 60 Minutes to end, we decided to randomly pick the winners of my four contests. And when I say random, I mean RANDOM.

I started off random.org-ing this winner. And I took a screenshot of it so you would believe me. 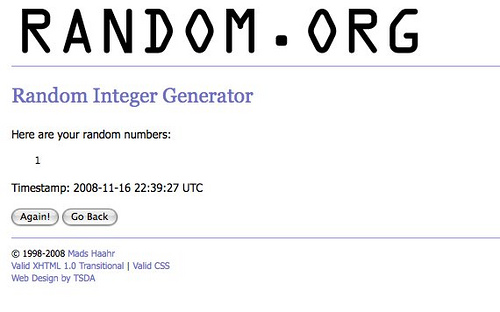 And who was my very first commenter? My very own sisterchickie, Mandi! And how perfect because her birthday was just 2 days ago and her NEW baby girl is only one month older than Asa! They’ll have matching tummy time mats! YAY!

Second: $50 from Barnes & Noble and Box Tops for Education

We put on our thinking caps and decided to average our birthdays to figure out the next winner…did I mention we were trying to be random? 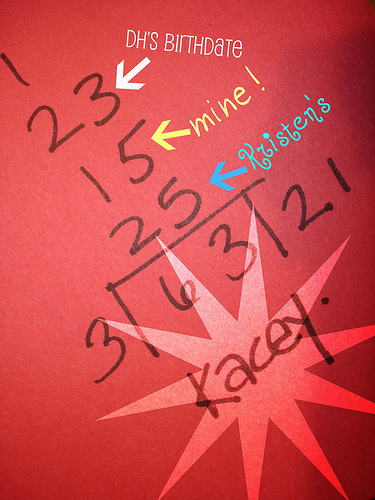 So, our winner is Kacey at A Life of Blue! (Who also happens to be one of my messageboard mamas! Yay, Kacey!)

Our creativity was waning at this point and we pulled out the old write-the-numbers-down-and-cut-em-up. 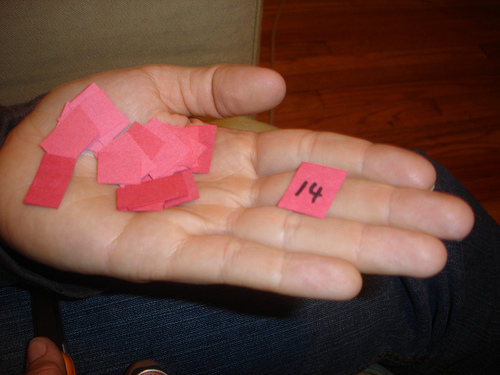 And after that our creativity bounced back! Les and Kristen used their hands to rock-paper-scissors the winner. In case you can’t tell, Les’ hand is #1, Kristen’s first hand is #4 and her second hand is a zero. 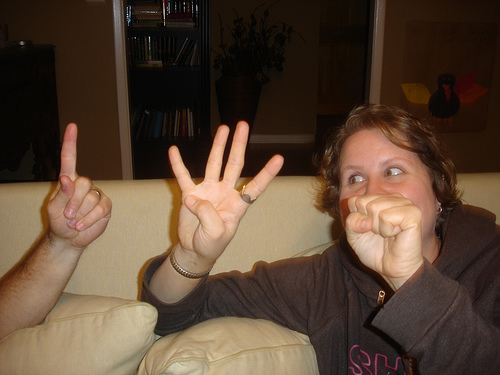 And you’ve got to read her comment about the famous people she’s met:

Back in 1988 when we were coming home from Hawaii my father whispered to my mother about someone getting onto our plane. He simply said, “Oh my goodness that is Moses getting on our plane!” I was just a 5th grader and was naive. I had no clue who he was talking about. I mean I knew it was not really Moses. Yes, Charlton Heston was on that flight. Then when we sat in our seats a young gentleman started to play video games with my brother. That person was none other than Michael Jackson trying to pretend he was his look alike, but why would a look alike pre board the plane under the belly and sign autographs with the people working on the plane. I believe he finally admitted to my parents at the time that he was MJ. He was quite nice and chatted with us about games and things.

So, was it random? Well, it was fun anyway–at least for us. (Well, at least for Kristen and me. Les wasn’t amused.) Congrats to our winners! Thanks for playing! I loved reading your comments.