So, it’s Thursday and I’m just getting my sermon recap up. My no internet thing did a number on me! In fact, I wrote this whole post out on a legal pad yesterday. For real. Well, I was in the car. No, I wasn’t driving. Les was in the bank getting a cashier’s check to buy his truck! He won a new truck with his company because he sold over $1million last year! Woo-hoo!

So, I wrote this whole post long hand, typed it up, read it and gagged. It made no sense. Now here I am, trying to do a better job the second time around.

Remember last week, the sermon was about the Bible. And our pastor said his goal was to get us to READ THE BIBLE! He’s a pretty straight-forward guy.

This week’s sermon was so good. It was basically a non-sermon that gave credibility to the Bible. He gave us this really cool graph-chart thing that shows the books of the Bible in chronological order. I’ve never seen a picture like it–even through Bible College. He explained that the Bible is just ONE story. It’s the story of Jesus, our Rescuer coming to save us from the lies & death the devil brings. It’s a story of Redemption.

His big point was the congruency of scripture. Even though there were 40 different authors in this “library” of the Bible (66 books, you know); even though the writing spanned over 1500 years and even though the authors didn’t even know each other (for the most part) and were a part of different ages–it’s still ONE story.

Our suggested reading for this week gives the perfect example.

Day 1: Exodus 20:1-20 (the law…best known as The Ten Commandments. Here you’ll read that God commands us NOT to commit adultery.)

Day 3: 2 Samuel 12:1-22 (David & the prophet Nathan. A little bit of history, some prophecy. God calls David on his disobedience.)

Isn’t that cool? And that’s just one tiny sliver of what God’s Word is really about!

The other thing I really liked, and I know I won’t be able to convey it correctly, but I’ll give it a go…

The Old Testament is the story of Israel. It’s them being chosen as God’s people, delivered time and again from enemies and God loving them through it all. Throughout the OT, God promises that a Rescuer will come. In Malachai 3:1 (the last book of the OT) he says,

“See, I will send my messenger, who will prepare the way before me. Then suddenly the Lord you are seeking will come to his temple; the messenger of the covenant, whom you desire, will come,” says the LORD Almighty.”

See, God promised that the next thing He would do is send the One they were waiting for! Well, what did happen next?

400 years of silence to be exact. God didn’t do anything. No prophets. No signs. Nothing. The only thing going on then was the rise of the Roman empire. And Rome WAS great. They were technologically advanced. They were huge. They were organized. They were powerful.

And when they heard that an angel visited a little girl named Mary? What did Rome do? Nothing. Actually, I’m sure they didn’t even hear about it. If they did hear about Mary & Joseph traveling to Bethlehem and about Jesus being born, do you think they were frightened? Do you think they thought this little baby would grow up to defeat them? No. (Of course, Herod did think something freaky was going on with the Magi, so he did have all the 2 year old boys killed in Bethlehem. Do you think he worried about baby Jesus again? Nope.)

Why would they? NOTHING had happened for Israel in 400 years! It was an ancient religion. It’d be like if I started a new religion because I said I was carrying Zeus’ child. Who would believe me?

But when that angel did visit Mary we know that it began the BIGGEST thing this world has ever seen!

Look at the great Roman empire now. It’s gone. People travel to Rome to see Christian artifacts. Who would have thought a baby born in Bethlehem would outshine Rome’s great power? I found this picture on flickr. It’s a cross in the Coliseum. A CROSS in the COLISEUM! 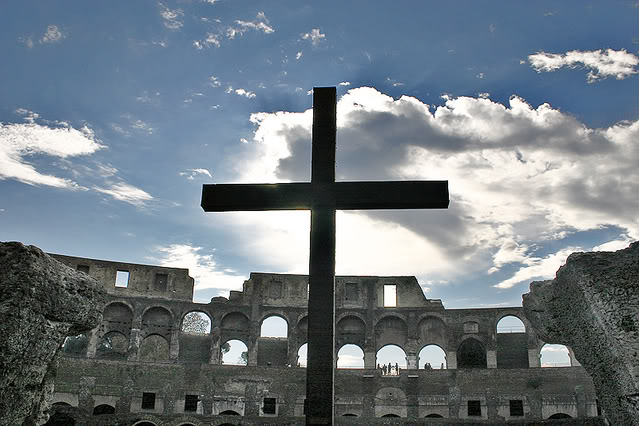 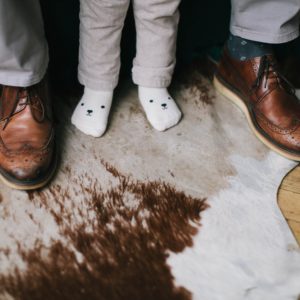