This is a guest post from my Disney-BFF, Suzannah from Zannaland and Orange Blossom Moms:

Maybe it’s because I’m a local, but even when I wasn’t, I always had a love for the slower-paced rides at Walt Disney World where you just got to sit back, relax, and let your cares (and the heat of the day) melt away. Here are my top 10 picks (in no particular order): 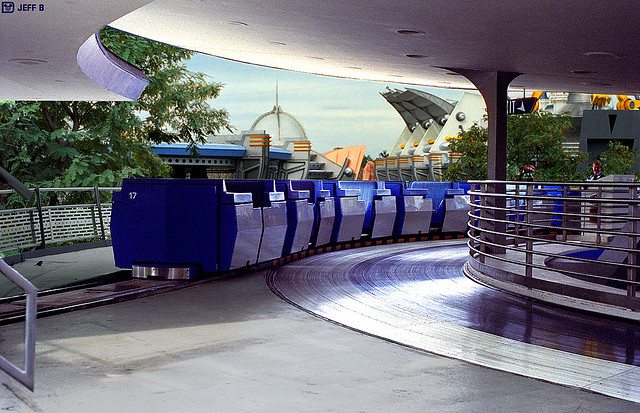 1. The Tomorrowland Transit Authority PeopleMover. To me, this will always be the “WEDway People Mover” because that was its original name and what I grew up calling it. No matter what we’ve come to the park to do or how busy it is, there is usually no line or a very short, fast-moving line for this attraction. You sit, you ride, you get amazing views of the Magic Kingdom including Cinderella Castle and the very cool Progress City model in one of the inside portions of the ride. This is easily our family’s always-do attraction.

2. Carousel of Progress. Right next to the People Mover, this attraction is famous for being designed by Walt Disney himself and featured at the 1964 World’s Fair in New York. It’s guaranteed to cool you off and have you come off singing along to “There’s a great big beautiful tomorrow…” Sure, the last scene is a little dated and the animatronics could use some TLC, but knowing the history of the attraction makes it a special place.

3. Spaceship Earth. When I was little and EPCOT had first opened, this was the ride I dreaded in comparison to my favorites Horizons,Journey into Imagination, and World of Motion. However now it’s one of the last remnants of the original Epcot and I have grown very, very fond of it.

4. Universe of Energy. This was the ride I really dreaded when I was little. Let’s just say I wasn’t too fond of dinosaurs. But again, with time I grew to love and appreciate it. It’s been updated to include Ellen Degeneres and Bill Nye the Science Guy so while it was once known for being *gasp* boring, I recently revisited it and was thoroughly entertained. Almost 40 minutes in length, many guests admit to using it to take a nap…as long as you appreciate the amazing 80’s animatronic dinos and moving theatre, I won’t tell.

4. The Great Movie Ride. Over in Disney’s Hollywood Studios, this is always a nice, air-conditioned way to relax and experience some of the most memorable movies of all time, right before your eyes. There’s a bit of action in the middle to keep you on your toes, but all in all, it’s a great, well, movie ride!

5. Walt Disney: One Man’s Dream. Also in the Studios, this is a self-paced walking tour through Walt Disney history, archives and props. It’s amazing to see how Mr. Disney got his start and how that little animated mouse turned into a theme park in California, and of course, then Walt Disney World. There is a movie at the end detailing Walt’s life which never fails to bring me to tears.

6. The Walt Disney World Railroad. This is always one of my personal favorites. Chugging along around the perimeter of the Magic Kingdom really conjures up thoughts of Walt’s love of trains and just how magical a place you are currently riding through. The 20 minute round-trip journey is also a scenic way to get to other areas of the park. If you’re using a Disney stroller, you can leave it at the station (with your personal belongings taken out) and pick up a new one at your next stop. If you’re using your own stroller, you just need to fold it up while you ride.

7. Impressions de France. This 20-minute film is over in the France pavilion in Epcot’s World Showcase. It is definitely a hidden gem and I know many Disney fans who’ve never seen it. Unlike the 360? films in Canada and China, this film is 180? and you get to sit down. The real treat is the gorgeous scenery from around France and the classical music that accompanies the film. Recently enhanced to an all-digital film, it is one of my very favorite attractions.

8. Finding Nemo – The Musical. This amazing musical takes place in an indoor theatre, set between Dinoland, USA and Asia. Composed by Tony award-winning Robert Lopez and featuring puppets from the designer of the Lion King musical, I’ve only ever heard wonderful reviews of this show. There is also a special Finding Nemo Reserved Seating Package available.
Book a reservation for lunch at Tusker House from 1:00pm – 1:40pm and get reserved seating to Finding Nemo – The Musical’s 3:15pm show. 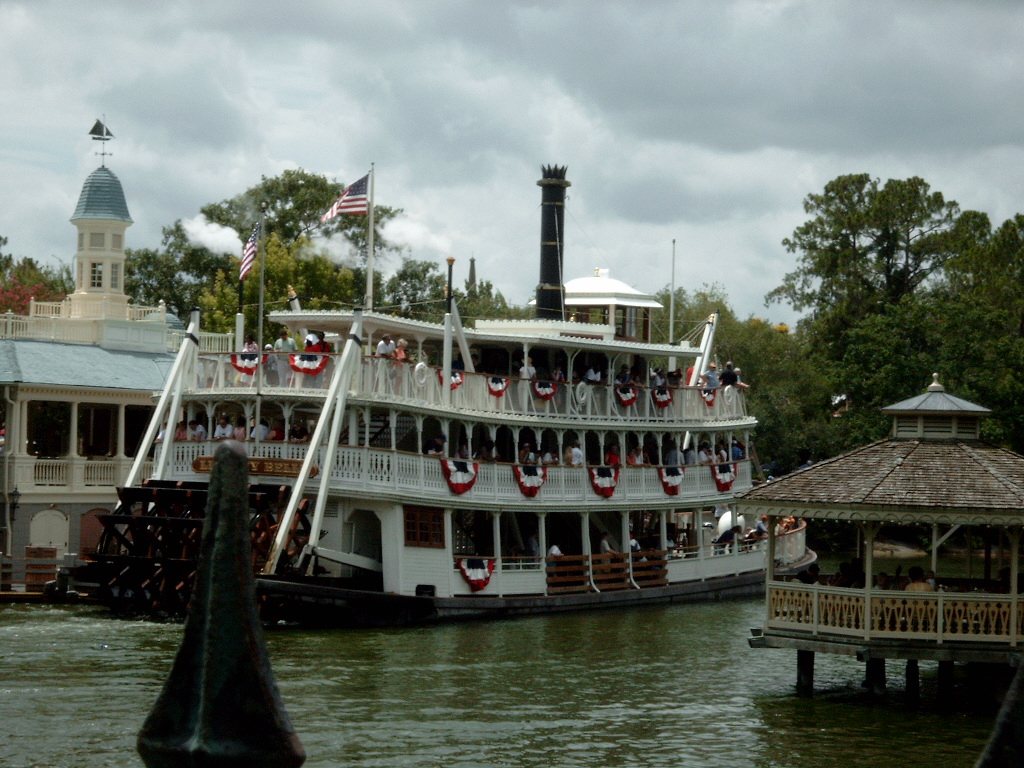 10. The Liberty Belle Riverboat. This delightful steamship sails down the Rivers of America toward Frontierland and is a great way to get some fabulous views of the Magic Kingdom and Tom Sawyer Island as well. Guests are free to move about the ship as it sails, or you can just stay in one spot and drink in the scenery.

So while you may not spend your whole trip to Walt Disney World doing only relaxing things, it’s definitely a good idea to toss the FastPasses aside for a moment and enjoy some of the slower-paced attractions to rejuvenate your family’s pixie dust. Do you have a favorite relaxing attraction that I missed?