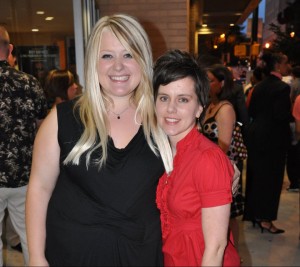 Catie & me at her Pinning Ceremony
(she isn’t really a giantess, she was wearing like 8 inch heels!)

My sister-in-law, Catie graduated from Nursing School this week. So, she had a little red and white, candy striped, slightly vintage party to celebrate. And I may have helped just a little bit! Here we go… 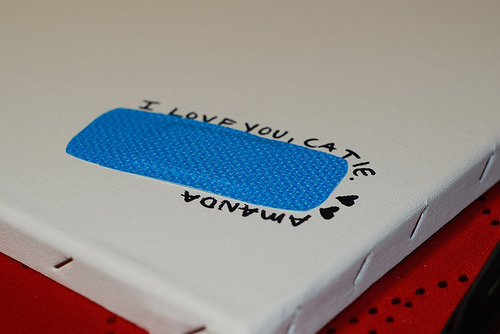 We bought a canvas, a bunch of fun band-aids and let people get creative! Some people made designs with band-aids. Others wrote notes about how many of these things Catie would probably use in her lifetime! It ended up being a really cute display!

We filled up tiny zippered plastic pill bags with red and white candy. Everyone took one on the way out. Best medicine I’ve ever had! 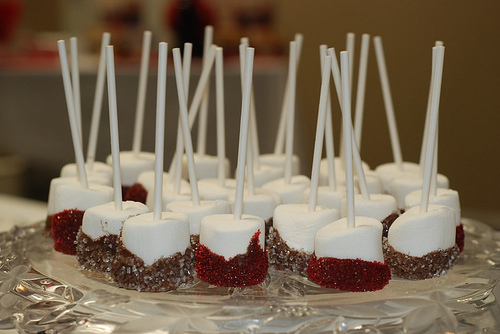 Cake pops have lit parties on fire! But if you’re not Bakerella or Lulee, these are not even a possibility at a diy party. So, the poor man’s version is chocolate dipped marshmallows. And can I say that these things are utterly delicious? All I did was melt some chocolate, push a lollipop stick into the marshmallow, dip it in the chocolate, roll in colored sugar then place on wax paper!

So, I really wanted to do this idea (only with a nurse’s hat) for cupcake toppers. But I couldn’t get it together. But a white cupcake with a red cross did nicely! 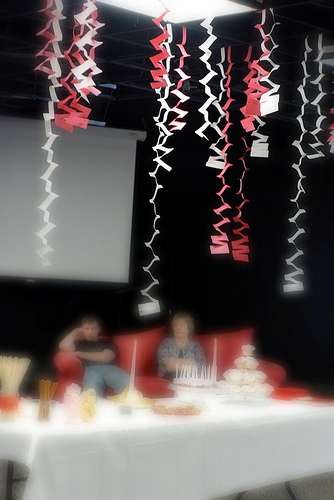 Is that the cutest thing you’ve ever seen? It’s just construction paper! It’s the easiest thing ever. I found a tutorial on pinterest and it probably only took me 10 minutes to cut them all. I’m totally doing this again.

We did all desserts (except the Cheeseball from Heaven) and our main course was FONDUE! We had oreos, pretzels, bananas, graham cracker marshmallows (see my oreo marshmallows for instructions) and then little containers of coconut, nuts, etc. to roll your newly chocolated food into. YUMMMY. 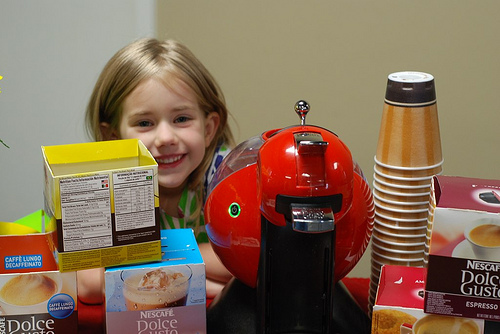 Since we were doing desserts, we decided to do coffee and punch only. The coffee was from my awesome Dolce Gusto. See my cute barista assistant?

And the punch was the same one we used for Asa’s Vintage Ace Party. YUM. (PS–that punch bowl thingie looks cool but it is the dumbest most ridiculous thing ever. I had to set it on top of a bowl to even be able to use it. Then it was so hard to turn no one could do it. I had to man it the whole time. I finally switched to a punch bowl.) 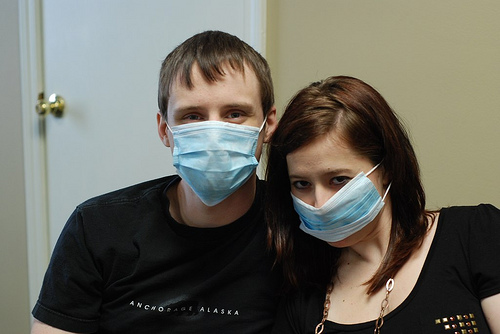 We also had masks and rubber gloves at each seat. It was funny how many people actually put them on. Or fun. Or both.

Catie bought some labeled body posters from a school supply store and covered up the names of the body parts with numbers. We had to fill in our paper with the correct body parts. Well, we tried to anyway. I missed 7 but it’s only because I had read them all when we were setting up. Ahem. 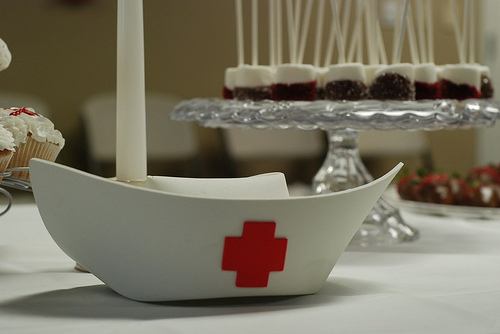 Besides the awesome streamers we had red and white tablecloths, white candles and even a few cute craft foam nursing hats. We also printed some pictures from the internet (I googled “vintage nurse illustrations”) and put them in white frames. They looked really cute laying on the tables.

Oh, and the blood candy? Yeah. I spent $35 on it and it still hasn’t arrived. BUMMER.

Link up your Top Ten list and join in the Top Ten {Tuesday} fun! All you have to do is WRITE a top ten list, PASTE it  below, LINK back to me in your post & then start LOVIN’ on the rest of the participants with facebook likes, stumbles, comments and tweets (use hashtag #toptentues)! For better and more succinct guidelines see my Top Ten {Tuesday} page!

Oh, I decided to use a photo linky today. Do you like it? Or is it cluttered?