Last October I went to Disneyland, Disney on Ice and made the 2nd round of the Disney Mom’s Panel in less than 2 weeks. How crazy is that? (I went to California just last year?! Really?!!)

And here I am just weeks after my big fat Disney World trip going to Disney on Ice again (and by the way, I signed up to be on the Mom’s Panel for 2011, too!)

I am sensing a pattern. And I like it! 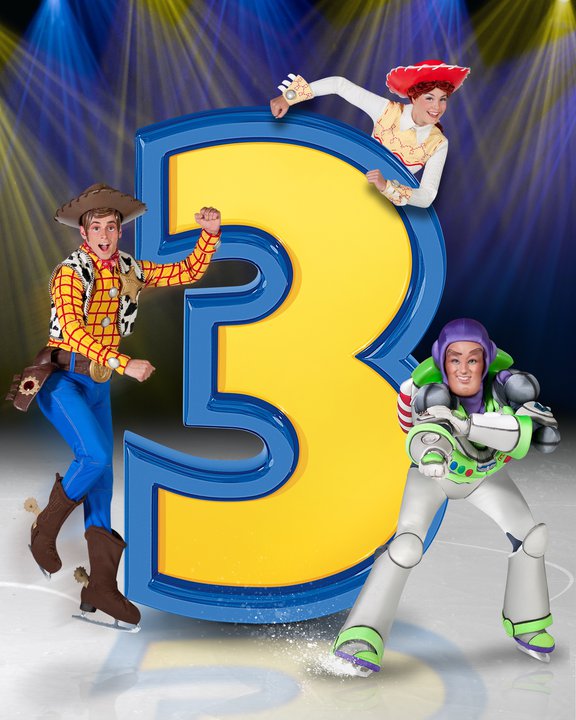 The Disney on Ice show we saw last week was TOY STORY 3! Since I sobbed all the way through Toy Story 3 and my kids said good-night to Woody and Buzz every night at Disney World, this show was made for us! We had 2nd row seats and as we neared them Lydia got more and more nervous. But once it started, she was mesmerized! Even when Zurg appeared and delcared, “I AM YOUR FATHER!” to Buzz, she didn’t cover her eyes or bury her head once! She’s growing up!

Asa, of course, loved every second and clapped and waved to the characters the whole time. And how could he not? We saw Hamm, Bullseye, Woody, Barbie and Ken, Mr. & Mrs. Potato head and my personal favorite, Jessie! Oh, her performance was just awesome–she’s cute and fun and I wish she really was a doll for me to take home in my pocket!

Since Toy Story 3 isn’t really a musical, it was fun to see all the songs they chose and skated to. My favorite was Woody’s Round Up! The costumes were so whimsical and…round-up-ish! If you have a chance to see Disney on Ice in your city, you MUST try to go! It was SO fun. It’s already left Atlanta. But next year? Don’t miss it!

Oh, and I have to show you the only clear picture I took the whole night–we went to a blogger meet and greet before the show. We met Woody and Buzz, ate chicken fingers, played with some Disney on Ice souvenirs and then made our own Mr. Potato Heads! 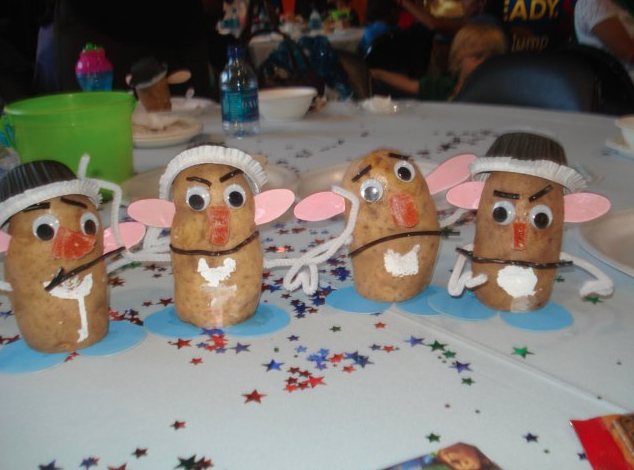 Mandi and her family sat at the same table with us (and next to us at the show!) and for whatever reason, the kids thought they were making the potato heads, but the adults ended up doing 99% of the work. So, what do you think of our artistic-ness?

I was given tickets by Feld Entertainment in exchange for promoting the show.