You are here: Home / disney / My Husband is a Rock Star! 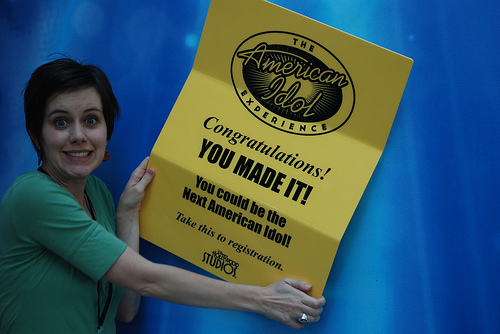 When I went to Disney World with the #magicalmoms one of the new attractions we got to see was the American Idol Experience. When they got rid of Who Wants To Be a Millionaire: Play It show (did you know I made it to the Hot Seat?!), they had to add a fun interactive experience to Hollywood Studios–and THIS show is it!

Only 3 contestants are in each show and there are only 6 shows (?) a day! The show is full of real audience members (all the guests at Disney World), there are 3 judges, a host, cameramen and lots of lights! And if you win that show, you get to perform in the FINAL show of the day—where the winner gets a golden ticket to go to the front of the line at a REAL American Idol audition! It’s the real deal, yall! (That’s how Aaron Kelly got on the show last season!)

Well, when we got to Hollywood Studios on our vacation, I told my husband he should audition. He is a great singer–sang at our wedding, leads kids at church in singing, minored in Voice in college, etc. He hemmed and hawed but finally did it (for me!). 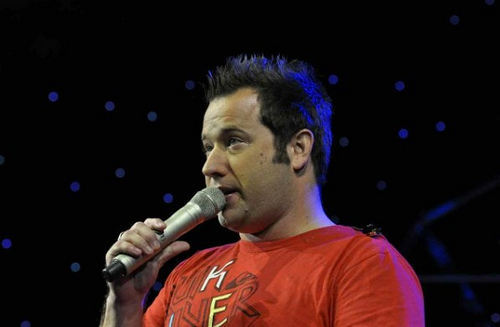 He sang “One Last Cry” by Bryan McKnight for his first audition. He passed the 2nd audition with flying colors and next thing I know we are getting VIP tickets to sit in the 1:00 show! 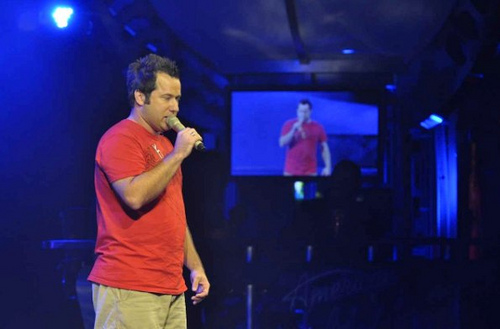 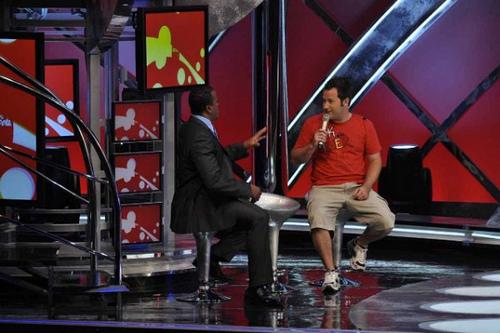 The show started, Ryan Seacrest was on the screen, the judges came out, they interviewed my husband and suddenly, he was singing! He sounded so good until he made the classic American Idol blunder–he didn’t really know the song and fumbled the words. 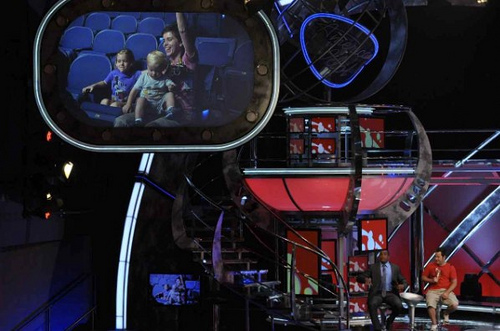 When the judges finally talked to him the “Randy” judge called him, “Boo Boo!” They all said he could sing but should have never picked a song he didn’t know. (I told him to sing a Disney song!!) 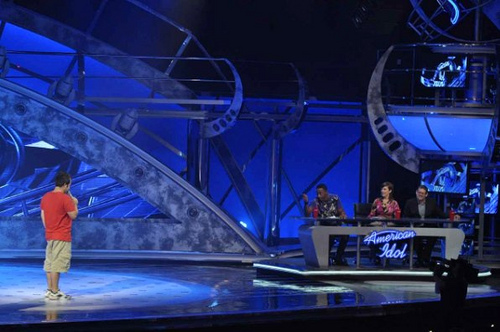 Anyway, he didn’t win. *sniff* But the kids and I thought he was a star! And the rest of the day people stopped him to tell him how great he had done and that he was “their American Idol”. (<—I’m not kidding!) 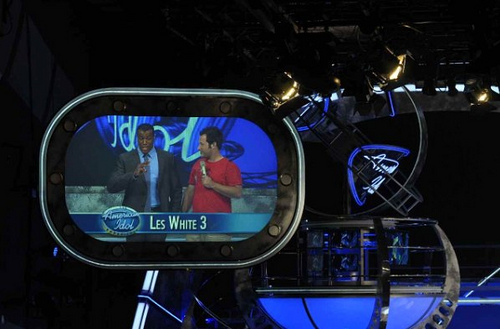 So, think you can sing? Next time you’re at Disney you MUST try out! (And I’m pretty sure that next time we go? Les will be on that stage again!)

ps–my husband is not excited about being the “star” of my blog today…leave him a nice comment, ok?

I am not a Disney employee. All opinions are my own. My husband got on the AIE of his own awesomness. It had nothing to do with the Moms Panel.all photos by Disney PhotoPass