You are here: Home / me / Good Guys Finish First!

As we’ve been struggling agonizing waiting for the new fall shows to arrive we’ve been tivoing On the Lot. Think Apprentice meets American Idol meets Steven Spielberg. And if it wasn’t for the host wearing ridiculously low cut clothing, the absolutely stilted writing, and the judging (oh! Carrie Fisher! Who knew you were related to Paula Abdul?!) I would love this show.

Each week, the directors had a to make a short film in a specific genre or with a specific logline (which is director speak for a one sentence summary of the script). From the first week, I had my top 4 picked out. And the more we watched, the better some of them became and the worse others got.

My two favorites throughout were Will and Jason. Will is a dad and all around good guy. He said this was his last shot at being a director, because he just couldn’t give any more time to it as a hobby–he needed to support his family. Jason is a hip-hop wannabe from Kentucky—accent and all! And I fell in love with him. He’s a Christian, he loves his family and he’s just happy all the time!

Before we go any further let me just let Fox and Mark Burnett know that these last two episodes were just horrible! It was those typical look-back-over-what-you’ve-learned-on-the-show. Plus a bunch of dumb recaps, outtakes and more dull lines from the host. Whatever. That’s what my fast-forward button is for. Ok, back to the show–I knew Jason & Will would make it to the final four. Then Sam & Adam got booted and it was my final two! Will and Jason against each other. I just didn’t know who I wanted to win.

Will and Jason are both light-hearted fun directors. Their movies were about whimsical, silly and sweet parts of life. There was no vomiting, bathroom humor or sexual jokes. And these are the 2 guys that got to the end. HELLO HOLLYWOOD! Normal Americans like normal stuff. Not everyone wants to push the envelope! See the unthinkable! Hear raw and gritty language!

Will ended up taking home the prize of a $1million film deal (which doesn’t that seem like pennies for a movie?) and was handed the key to his new office by Steven Spielberg himself.

But my favorite part of the whole show was Garry Marshall as one of the judges. He is just a wonderfully genuine, sweet and intelligent old guy! This is the final words of wisdom he had for Will, “father to father, filmmaker to filmmaker, that life is more important than show business.” Isn’t that great?

I already shared my favorite Jason movie. But here’s a Will film, for fun: 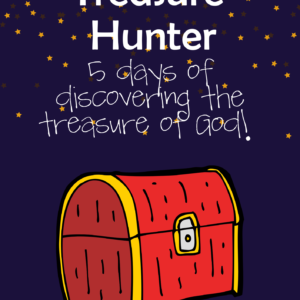