You are here: Home / Great ministries / What is a Performing Arts Camp? 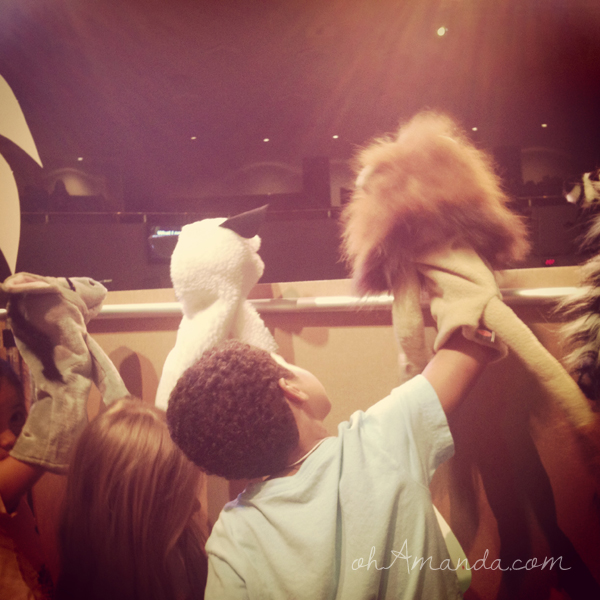 I told you I spent last week teaching at a Performing Arts Camp, a day camp where kids learn an entire musical drama and perform it on Friday night. It’s an amazingly cool experience and I tried to document it all via my awesome iPhone camera. Which is harder than it seems when you have fourteen elementary aged kids hanging off your arms.

Before camp kids can audition for solos and dramatic speaking parts. If they don’t want a big role, they simply sign up for classes they are most interested in. Classes like set and prop design, photography  catering (to deliver the daily snacks), puppetry, dance, banner choreography, non-verbal drama parts, games, crafts and more.

When camp begins, the first 30 minutes is basically a Bible lesson/devotion about the week’s theme. It might focus on the message of the songs or play they will be performing. Or it might just be thematic–for example, our play was King of the Jungle so the devotions were about different jungle animals and how God made them so unique.

The next 15 minutes is spent learning and practicing one song from the musical.

Then, everyone is dismissed to their first of four classes. My first class was Drama. I was a mere assistant to the fire-cracker of a woman who led it. She had those kids belting out their lines and giving beautiful recitations. 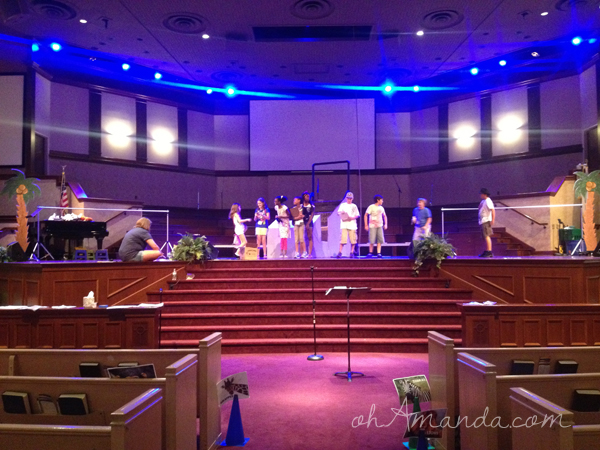 My second class was also Drama. When a kid has a large speaking part, we need them for more than one class. We used our second period to focus on blocking. (Since our play was set in the jungle, I worked with the two boys who were monkeys. That is some fun blocking!) 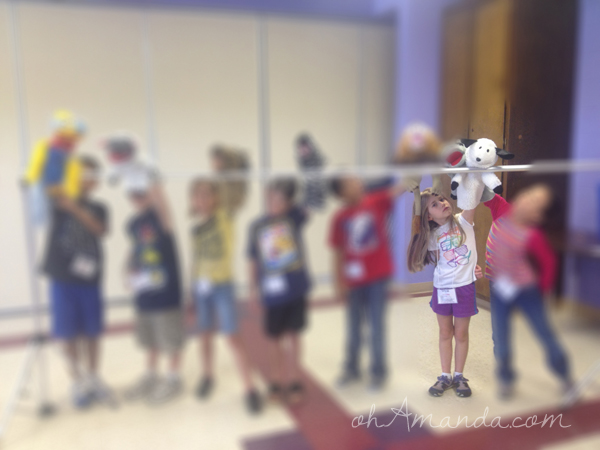 Third period was puppetry. And Lydia was in my class. The sweetness of leading my little girl in something that was a big part of my growing up years!

However, I want you to imagine, getting 8-12 elementary aged kids into a classroom, teaching them a skill like puppetry, listening to a song with them they have never heard and then choreographing it so it can actually be performed in five days. By day 2, I was terrified that the kids were just going to run all over the stage or throw their puppets in the air. Fun times. 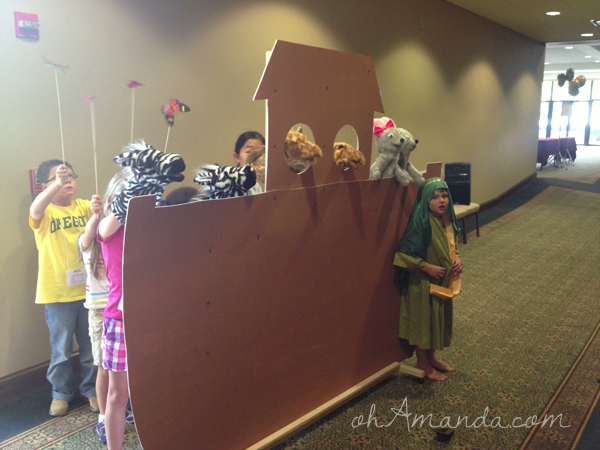 My last class was a creative puppetry type class–we used live characters, bunraku type puppets, stick puppets and hand puppets. Again, with 9 kids who could barely tie their shoes. I may or may not have rolled my eyes and questioned if these kids even had parents more than once.

Finally it was lunch and recess. *cue hallelujah chorus*

Then the big big ordeal: ON STAGE PRACTICE. 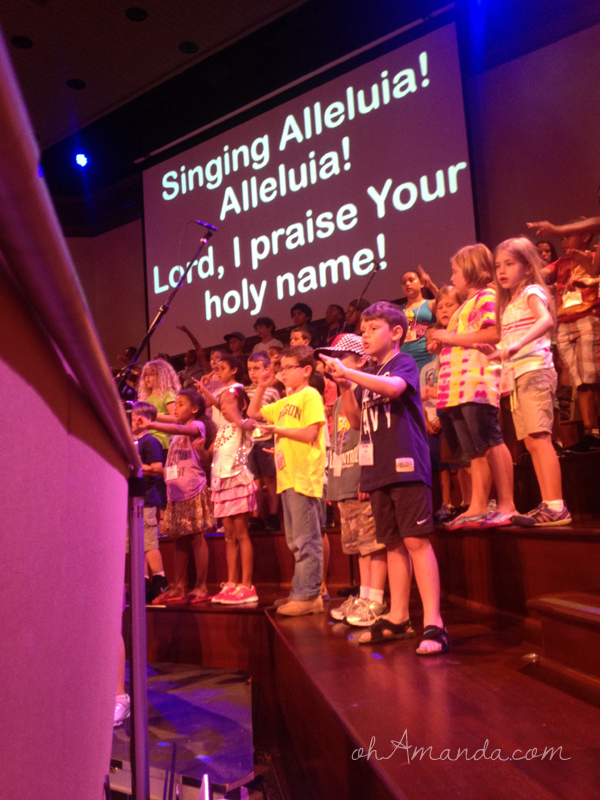 We take the kids on the ginormous stage and go through the whole play. And again, by the second day all the adults are staring at each other like, “OH MY WORD. THIS IS GOING TO BE A DISASTER.”

But by Friday’s practice, it somehow comes together and these kids put on a play! A play they learned, painted the sets, made the props, choreographed and practieced in just one week. It’s a miracle!

The best part of the whole week is the fact that kids are filling their minds with songs that say things like, “The Lord of the gentle breeze is the Lord of the rough and tumble! He is the King of the Jungle!” and “You’re like Noah’s Ark, you protect my heart when the storm of life surround me. Christ, your love rescues me from the raging seas…”

There is nothing like seeing a little boy from a broken home sing, “Lord, you’ve been faithful, Lord you’ve been true. Lord, help me be faithful…You’ve always been right by my side. That’s how I know that I can remain faithful Lord to you.” 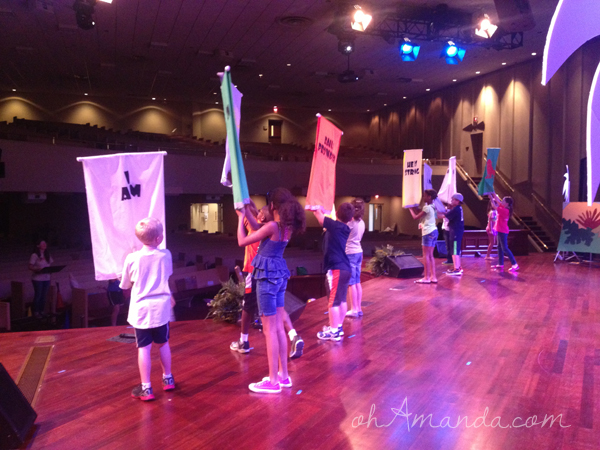 These songs have words that will stay with those kids forever. They will remember working on those dances, the choreography and even the sets and feel the excitement and empowerment of working hard for something and doing a good job. Kids that spend all day with video games, organized sports and academia have the chance to spread their creative wings and be a part of a team that’s only aim is beauty and worship.

Ministry to children, in whatever way we can do it, is so important. When we are pouring God’s Word into kids’ hearts and making their best memories connect with God, we are setting an anchor in their heart that will keep them close to Him always. I am honored to have been a small part of that adventure last week.