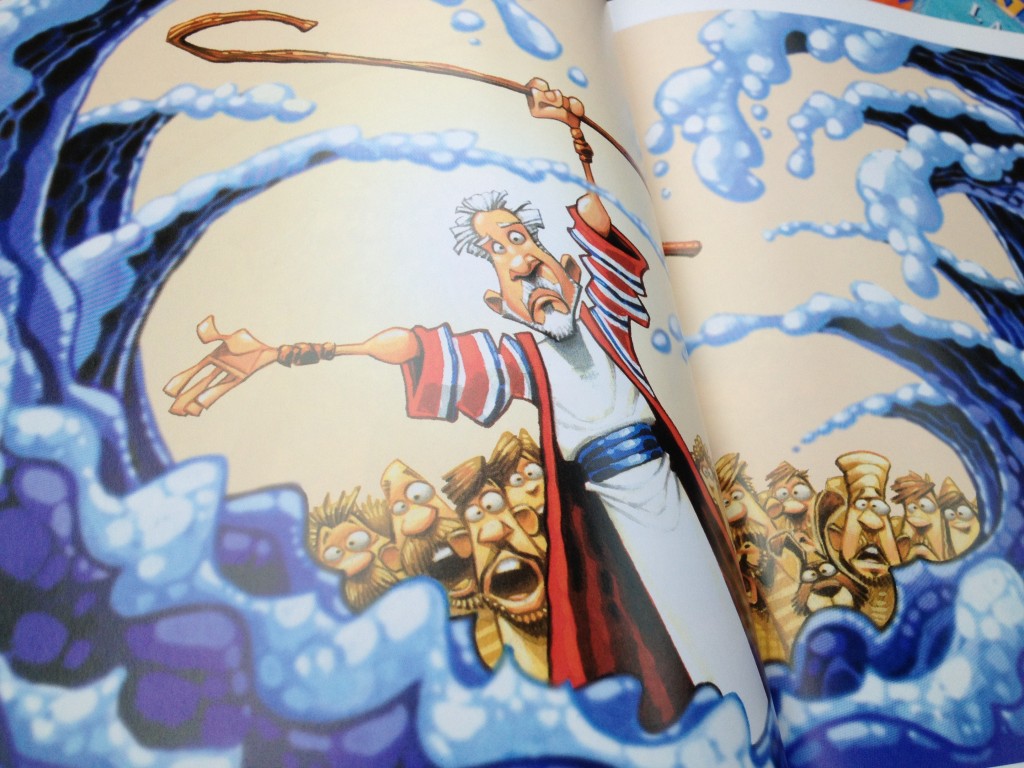 illustration by Dennis Jones. photo of book by me.

Last week I introduced the See With Me Bible to Asa. He is absolutely enthralled with it and wants me to “read” it to him every day. One of his favorite stories was Moses. Mainly because of Moses’ staff. Remember Asa’s walking stick? As we read we got to relate it to his walking stick and his story. 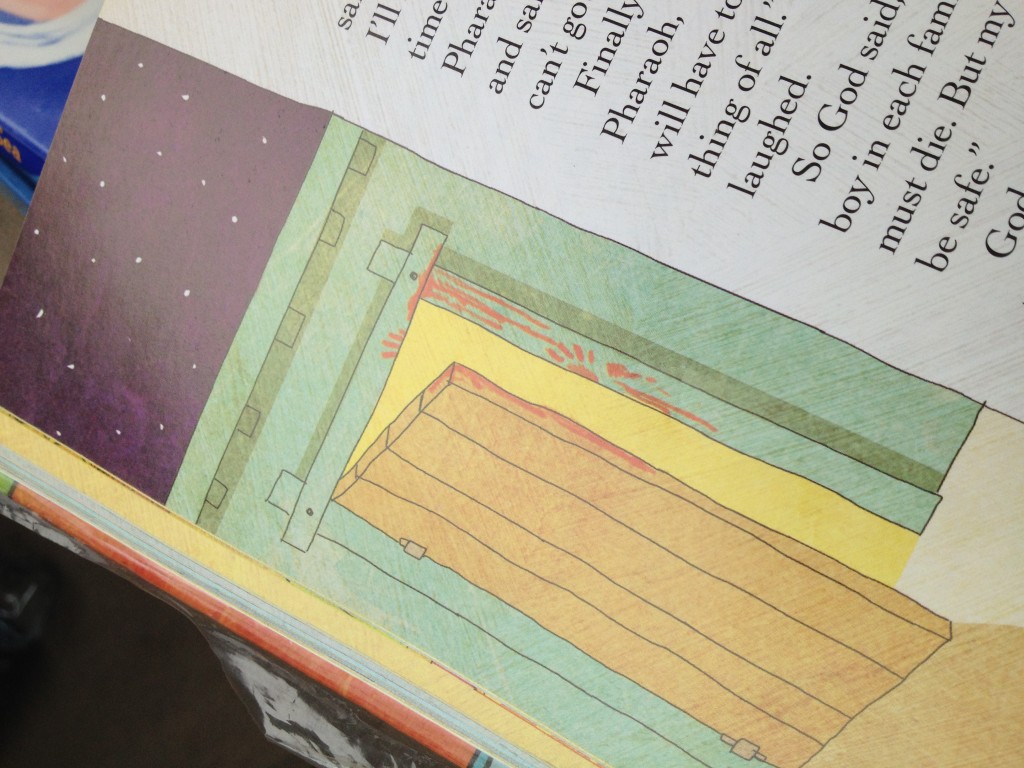 illustration by jago. photo of book by me.

At this same time, we were reading The Jesus Storybook Bible

(we just re-started it for the 58th time for bed-time stories) and the story that we landed on was the Exodus with Moses. It was really cool to talk about the Passover and the blood of the lamb on the door with the actual Passover and the Resurrection (Easter) coming up soon. 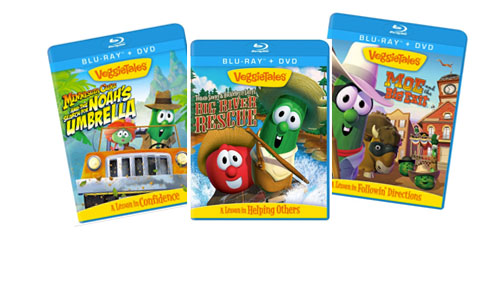 THEN. I got an email from Veggie Tales about their new Blu-ray movies. They have just re-relased six classic movies as Blu-rays. (Which, by the way, I did not have FOUR of these! FOUR!) Well, this Blu-ray doesn’t mean all that much to me but my husband loves his Blu-ray player and will only rent Blu-rays at the Redbox even if it does cost more. Hmph. I think we were buying Blu-rays even before we had a Blu-ray player!

The first new Veggie Blu-ray we watched was Moe and the Big Exit which just happens to be the story of Moses and the exodus of God’s people from slavery in Egypt! And it’s the sequel to Little Joe which is my very favorite Veggie Tales movie. Of course, I kinda had to remind Asa the Veggie story was mirroring the story of Moses we had just read. After all, vegetables dressed like western cowboys retelling a Bible story can be kind of confusing.

Anywhoo. The Blu-ray shows the Veggies in all their computer-generated glory. It’s crisp, clear, bright and saturated with color. There are fun extras, cute menus and my kids like it because the whole movie shows up as an icon on our tv instead of a basic DVD graphic. What can I say? They inherited their tech-savvyness from their father. Oooh, and the Blu-ray comes with a DVD, too. So you can put that one in the mini-van and keep the Blu-ray in your house!

It was just cool to read and see the story of Moses and talk about it 3 or 4 times in one week. We got to look at it from different angles, discuss small parts of the story and think about it more than if we had just heard it at church. I love when we surround our kids with God’s Word. From a wordless storybook, a bedtime story to a silly Veggie Tales movie we can give our kids the small bites of God’s Word they need. The small bites that will fill them up and lay a foundation of God’s Word in their lives.

So dig out your Bible storybooks from the bookshelf, put your Bible on the coffee table and grab some new Veggie Tales Blu-ray’s to keep the stories of God’s plan and love in front of your kids’ eyes. In fact, I think we might just don our cowboy costumes today and let Asa part the backyard with his walking stick this afternoon! 🙂

Oooh! Wanna get your hands on Veggie Tales Blu-ray RIGHT NOW? Veggie Tales is giving away a FULL set of SIX Blu-ray’s to one happy Impress Your Kids reader today! That’s Pistachio, The Wizard of Ha’s, Moe and the Big Exit, LarryBoy and the Bad Apple, Big River Rescue, and Minnesota Cuke and the Search for Noah’s Umbrella all on Blu-ray! Delivered to your front door! FUN, right?! You’re gonna love it. Just the cases make your old DVDs look like a VHS!

Disclosure: Veggie Tales sent me the Blu-ray’s to review. Words and ideas mine.