I’m sorry I’ve been quiet this week. Yesterday was Lydia’s Valentine’s Day party at school (I volunteer for every party!) and when we got home, she was shivering. I checked her temperature and she had a fever of 103!! This morning it got all the way up to 104. Yuck.

After a gallon of water, some naps and a little ibuprofen, she felt good enough to do a little school today. And we finally finished up our MAGNIFICENT PURITY with a fun memorization game. 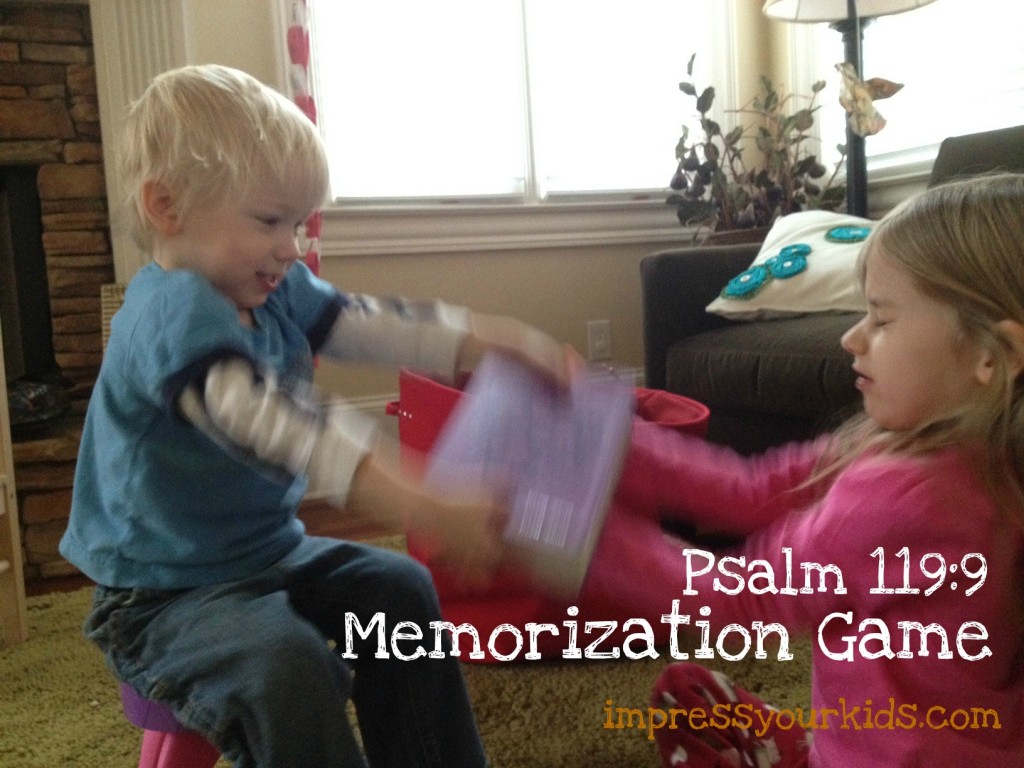 {Poor Lydia looks like she’s on the receiving end of some Bible-thumpin’!}

Psalm 119:9 basically says, “How can a young man keep his way pure? By sticking close to God’s Word.” (That’s my version.) Some versions say “obey His Word” or “hold onto” or “keeping it according to”. But the picture is the same–God’s Word needs to be close by and never let go of!

So, we sat in a circle and passed the Bible one by one. We were not allowed to throw it (imagine that!) and with each pass, we had to say one word of the verse in order. We went around and around saying the words one by one and passing the Bible to each other. Asa was having a hard time with it (even repeating after me), so Lydia and I tried it by ourselves. And we got pretty fast at it!

The kids already knew the verse from Donut Man (see his Love Letter CD) so it made it even more fun to see how fast we could say the verse back and forth!

Plus, I like the visual of keeping God’s Word close to us and not letting it slip out of our hands. If there is anything I want my kids to know and understand it’s that God’s Word should never be out of their reach!

I hope you’ve enjoyed Magnificent Purity and our Super Hero series! I’ve had fun with it–and the kids have, too! Tomorrow I’ve got one final Super Hero post that will include a Super Hero playlist for your iPod!