Basically, I’ve tried writing an intro to this post four times so it doesn’t sound like a commercial. But I seriously can’t help it. I’m practically giddy over here because I get to giveaway FOUR tickets to Cirque du Soleiel’s Amaluna in Atlanta!

Y’all. I’ve been to Cirque du Soleiel’s La Nouba in Orlando (Thank you, Disney Mom’s Panel!) and to Totem here in Atlanta and I told my husband it’s one of those things that you need to save your money to go to–even once in your lifetime because it is so amazing.

I’m a sucker for a circus anyway. I love the old circuses with the wagons and fat ladies and striped tents. I love imagining that lifestyle–being talented in such a crazy way and then traveling around the country stopping in dirty little towns to entertain. It seems so romantic and exotic. (Ooh, did you ever see Big Fish? That’s one of my favorite circus stories.)

Anywhoo. I was invited to see the new Amaluna show (well, new to Atlanta) last week and I pretty much walked out of that striped tent with the same level of brain mush as the last time. I cannot describe how astonishing the performers of Cirque are.

Let me show you a few highlights… 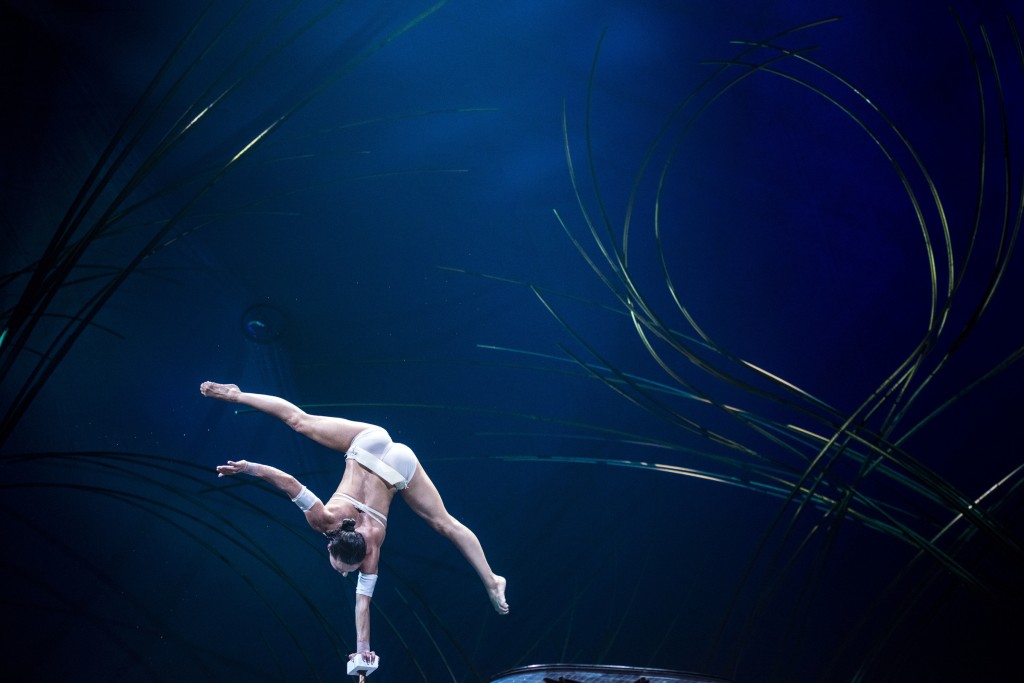 Yes, I know this girl is scantily clad but it’s mainly because she did a one-handed handstand for about 12 minutes—ON A POLE. Plus, splits and flips and all sorts of other insanity. Y’all. I can barely do a handstand against the wall at CrossFit for 45 seconds. Seriously.

Then. With absolutely no music, this girl gets up and has every single person in the tent spellbound as she picks up these sticks WITH HER FEET and balances them all one stick. What in the world?! 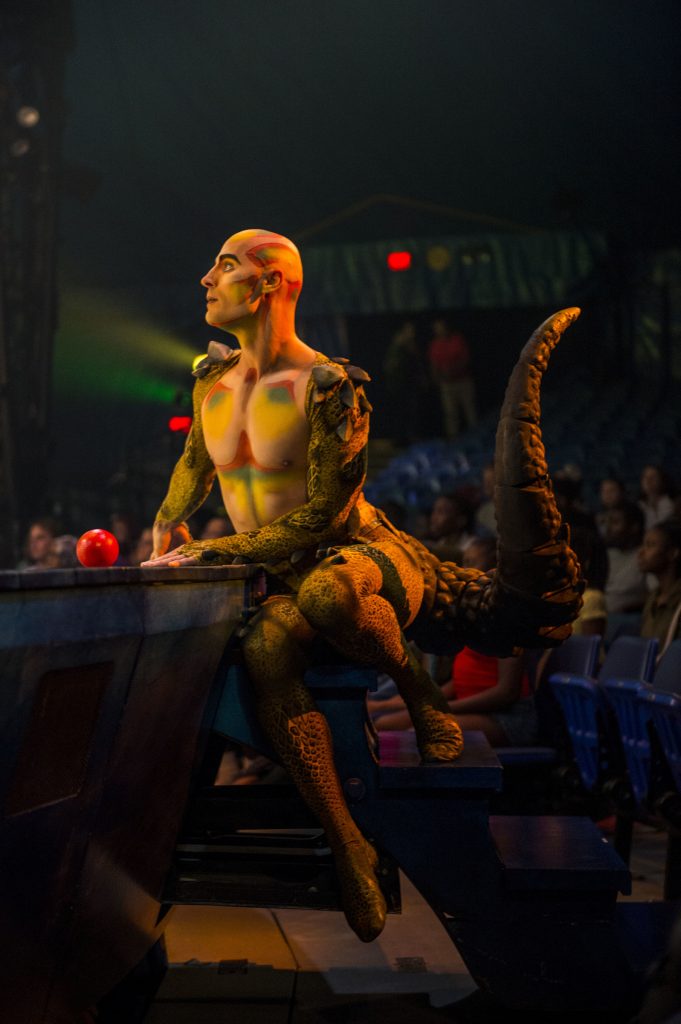 Look at this costuming. I mean, seriously. I thought he really was a lizard. 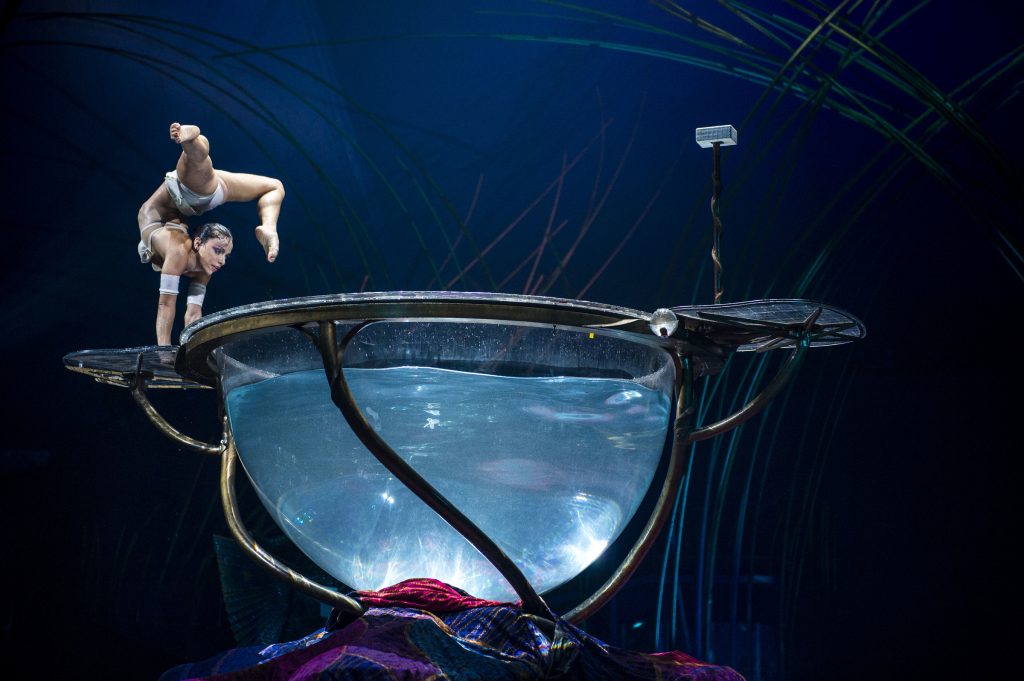 Oh yeah, I forgot to tell you. The handstand girl also did flips into the water.

There were gymnasts dressed like Amazon women. Only instead of Summer Olympics Gymnasts, they were like action-packed, synchronized, gymnastic Amazon women. 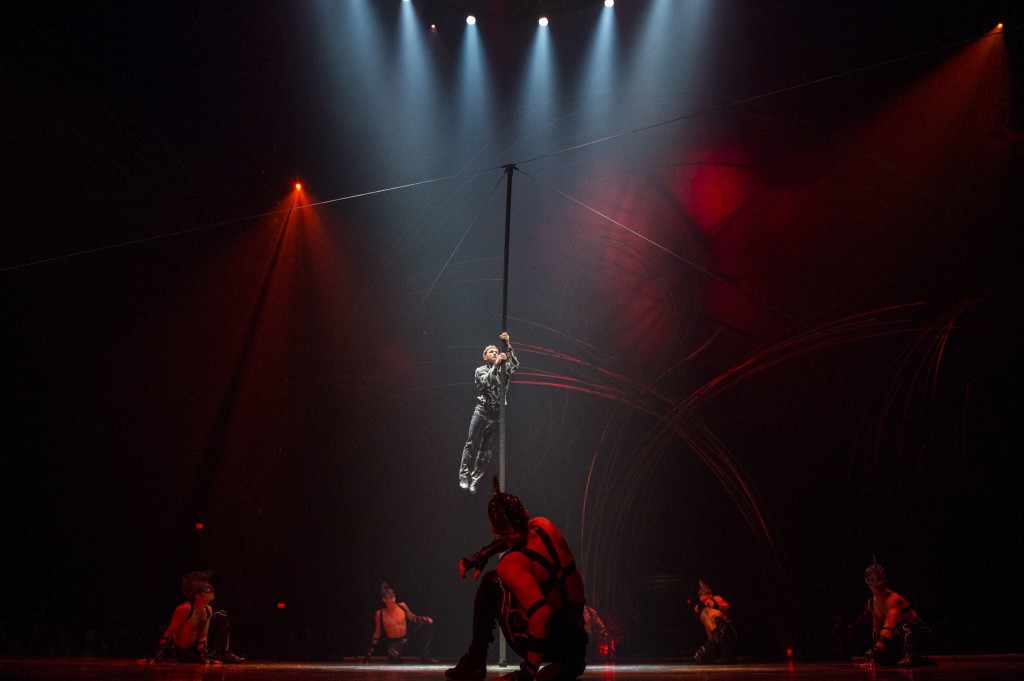 And a man who was so strong he could walk up a pole with his hands. Or his pinkies. Or maybe his hair. Again, my CrossFit pride has been dashed after watching the power and strength and beauty of this guy simple climbing up and down this pole. 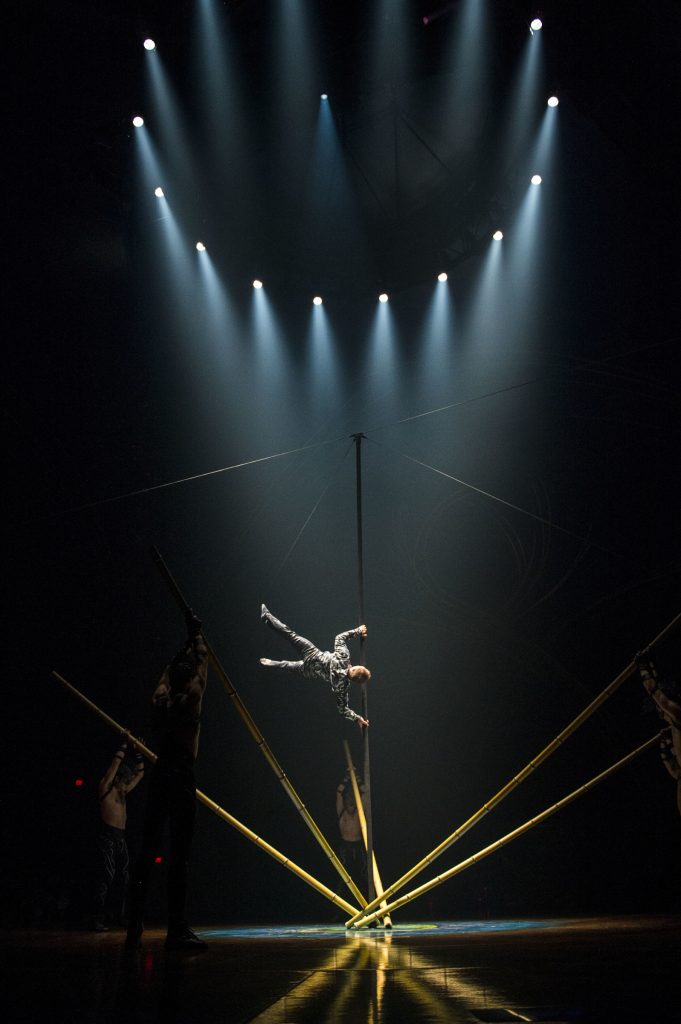 I thought the Lizard Man was just you know, a lizard man. Then, he ended the show with one of the best juggling (FIRE JUGGLING) routines I’ve ever seen. (And you are probably not surprised to know, I’ve seen a lot.) 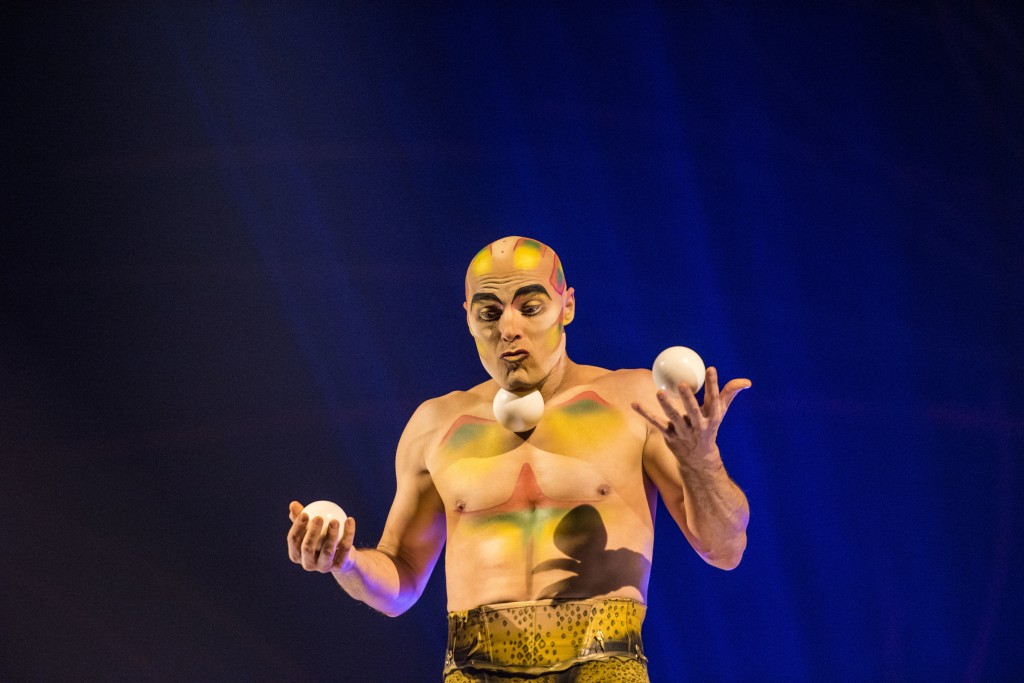 I actually sat in the tent before it started thinking, “I hope I like this one as much as the other two. I wonder if you continue to go to Cirque if you kinda get used to it and it’s not as awesome?” UHM. NO.

Amaluna actually had a little more story line to it than the other semi-new-age-y shows I’ve seen before. This one was a love story between a boy and a girl—and the people (and lizards) standing in their way. So, there was a little more sensuality to it. Not sexuality. Not even PG13. But hey–just letting you know in case you think they are just juggling and doing handstands–this one actually has a story and heart! 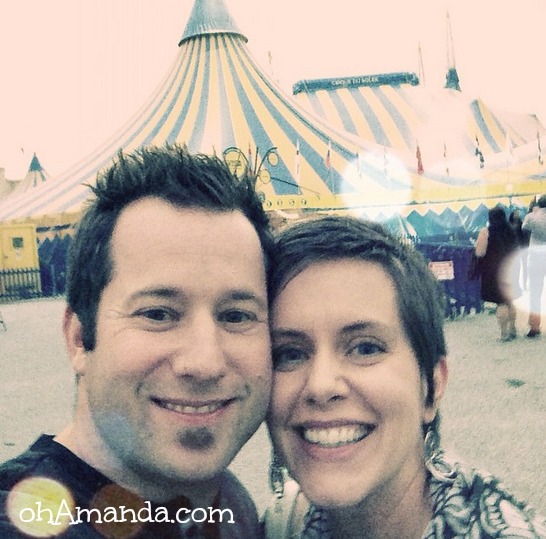 After the show, I had the opportunity to meet a performer and her husband (also an employee and former performer of Cirque). I was a total geek wanting to get all the info about how the shows are run, how they choreograph and work together creatively.

When you see the acts you wonder, “Were these acts made for the show? Or was the show made around the acts?” because the acts are so incredible it’s hard to imagine how they imagined it! Apparently, there’s lots of fluidity to the acts. Of course, these performers are artists so they are always thinking of new ways to perform and challenge themselves. There is a bit of growth and change in the acts as the show goes on.

I think it’s such an amazing lifestyle–being around a small group of people (150, I think they said) who are artists, performers, actors, musicians and technical folks and performing night after night. It’s got to be a rush! Plus, they stay in a town for 2-3 months so imagine getting to know so many towns around the world!! The performer we talked to was on the tour for 2 and a half years and even if she only toured for that short time–what an experience she has had.

I just love it. I want to be in a circus. I mean, if they let former puppeteers and people who are good at sending tweets in the circus.

We sat in the $55 section (I think) and I’ll tell you, when I sat down I wasn’t thrilled. The stage is in the round and we were at 3:00, in the very last row. But as the show began, the performers (and the stage itself) rotated so I never felt like I was missing a thing. It was gorgeous.

(If you’re contemplating entering because you life a couple hours away, I think you should do it. Totally worth a mini vacation.)

I was invited to attend Cirque du Soleil’s Amaluna as a member of the media. They are giving the coupon code and tickets away out of the goodness of their artistic little hearts. I’m not being compensated for this and all words are my own. Pictures are property of Cirque du Soleil.