Catch up on Day 1 of the ohRV!

I think I’m up for an ohRV update today! It’s been kinda cukoo-crazy around here. I don’t know why…does it just get crazy in general when school is about to start? I’ve got so much to do lately that I’ve been getting up even before my #hellomornings to get work done! (Y’all. BEFORE MY HELLOMORNINGS! I’ve been up at 5am the past few days. Whew.) 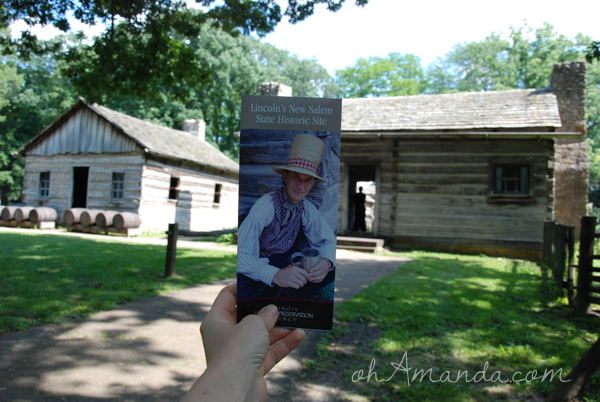 OK. But back to the RV. After our quick stop in Kentucky, we drove to New Salem, Illinois. Every heard of it? Somewhere in the recesses of your mind? It’s the town where Abraham Lincoln lived as a young man. Before he was President or even married, he lived in New Salem as a business owner and soon to be lawyer.

It’s interesting because New Salem fell apart after only 12 (or so) years! It was a small village of about 20-30 families (including four churches, I think!) and when bigger towns started developing, the craftsmen left and the town just fizzled out. Isn’t that weird? 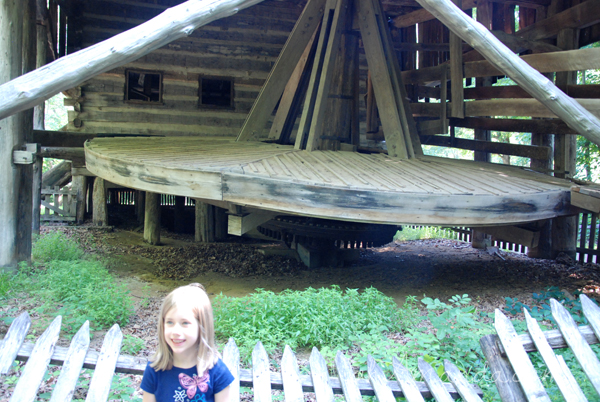 Anywhoo, the town has been recreated and you can visit homes, the schoolhouse, the stores and see what life was like in the 1830’s. There were lots of people dressed up to tell you more details and stories about the town (My favorite part? They hung chairs on the wall when they weren’t eating because they had so much work to do they NEVER SAT DOWN ALL DAY.) 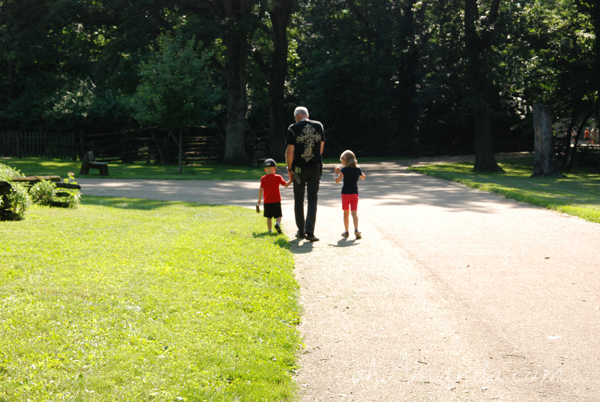 I’m just so intrigued by the Civil War era and the Industrial Revolution (and the turn-of-the-century, while we’re at it) because in one way, it’s not that long ago. I just read that the last Civil War veteran died in 1956. How can you be in the Civil War with hoop skirts and slaves and then be alive in 1956 with Elvis and TV? It boggles my mind! 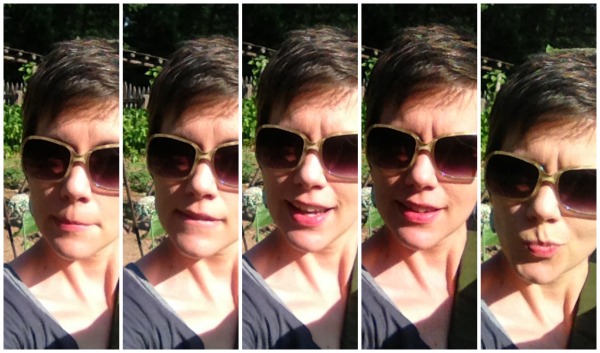 I could have read every single sign and looked at every single piece of every single house. I love to imagine the people living there, what their lives were like and how I would have been in their shoes. (See how much I loved it? I tried to take a picture of myself in front of one of the gardens. It didn’t go so well…) 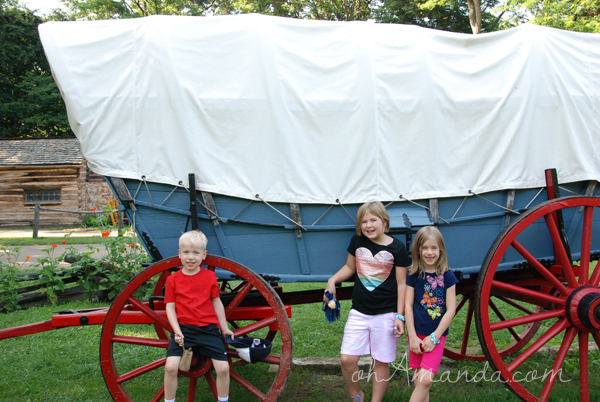 The kids were really into it, too as it’s also very much the same time period as Laura Ingalls. They recognized many of the tools and housewares from the Little House books. 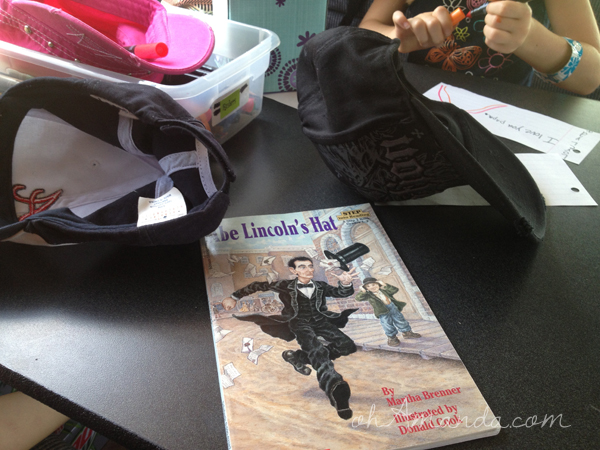 To help us get to know Abraham Lincoln a little more, before we arrived I read them Abe Lincoln’s Hat, an easy reading book about Abraham Lincoln’s life–with the fun tidbit that Lincoln put important papers inside his trademark hat. So, we wrote encouraging notes to each other and put them inside our hats. It was so fun to see the little notes the kids wrote, “You make me laugh.” or “I love you.” and they really kept them in their hats!

{I also bought Abe Lincoln: The Boy Who Loved Books at New Salem and it is a great book!}

After leaving New Salem, Aunt Brandy (Y’all know she’s not my aunt, right? She’s my sister-in-law. I’m just trying to keep everyone straight for you. *grin*) set the kids up to make their own log cabins with grooved craft sticks in the RV. 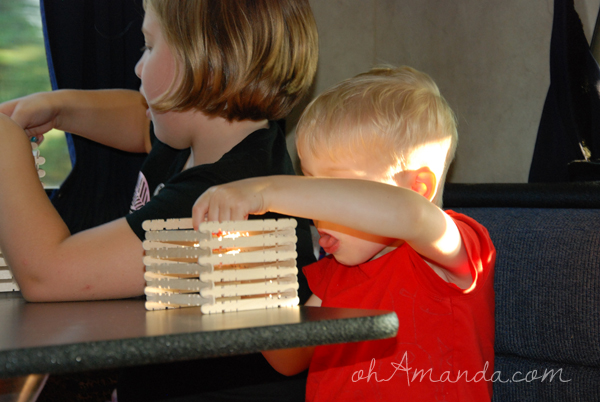 This is right up Asa’s alley, as evidenced by his little concentrating tongue.

We loved New Salem and could have stayed there so much longer–but we have places to go! people to see! So, we were off to Iowa that night. We let the kids watch an Abraham Lincoln movie in the back “bedroom”, then tucked them into the bed above the cab so we could pull into an insane campground with about a billion people up at 11pm including two Harley Davidson-riding folks who thought it would be fun to ride around the campground.

Next ohRV adventure: Amana Colonies, the Fourth of July and the disappointment in my GPS.

So, have you ever been to New Salem?