You are here: Home / Purposeful Parenting / Watch Me 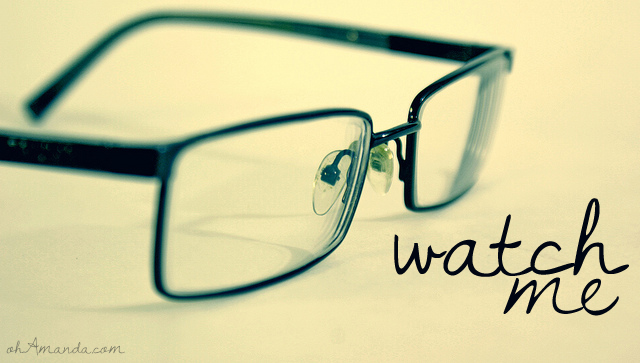 OK. Confession: I don’t drink alcohol. My husband doesn’t drink. Our parents don’t drink. It’s just never been part of our family culture. When I was growing up, the only people in my family who drank were either dead or in jail. (No joke.)

As an adult, I’m still not interested in drinking but I do recognize not everyone ends up a whino who picks up a glass of wine! However, I’ve wondered how people who do drink expect to keep their underaged kids from not drinking. It seems easier to just abstain than have to say, “Well, it’s OK for me! But not you!”

Then, the other day I had a conversation with a guy at church. He told me how he spoke to  his 15 year old son about alcohol. He simply said, “Watch how I drink.”

Wow. How bold is that?

He told the boy to notice that he only ordered bottled drinks at a restaurant so he could clearly gauge and keep track of how much alcohol he had consumed. He gave him other personal examples–including examples of when he had too much to drink and what to do then.

I was so impressed by this dad to bring the conversation to his son before his son had a chance to wonder or to experiment on his own. Here’s the thing–your kids are going to watch how you drink whether you tell them to or not. Are you willing to recognize those little eyes and be the example? the role model? the plumb line for how to interact with alcohol? Are you willing to apologize and course-correct when you mess up?

This isn’t only about alcohol. How about “the talk”? Our campus pastor told us he sat his tween son down to explain the birds and the bees but prefaced it with this, “We are going to begin a conversation that we will be having the rest of your life. This is not a one time conversation. This is the start of many conversations.” Whew!

What areas of your life can you say “Watch how I do this”? Which ones do you not want your kids to see? Gossip? Fear? Focus on outward appearance? Work ethic?

Can I really make Paul’s same statement? I have to follow Christ. Not put on a show for my kids. Follow Christ. Then, I can glance back and say, “Come on! Jump in! I’m a few steps, a few years ahead in my walk with Jesus. Follow me as I keep my eyes on Him! Watch me!”