You are here: Home / books / A Birthday and a…Birthday! 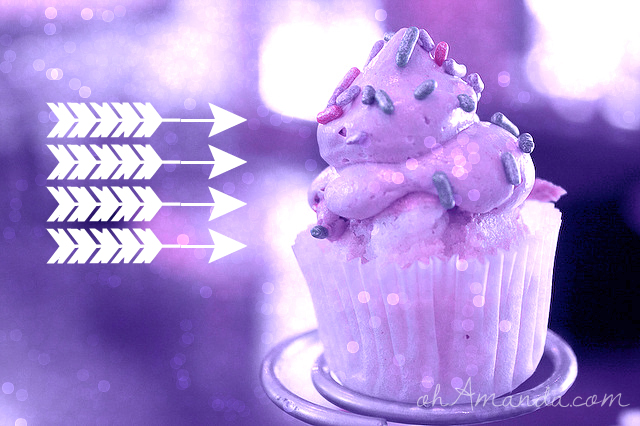 I really don’t get freaked about getting older.

But, there is something weird about my last day of 35. Of my kids only knowing me in my 30’s.

I’ll be spending this 36th birthday at Lydia’s school leading hula hoop races and bubble blowing contests for the last day of school. And my husband will probably be working late. Not the birthday you imagine when you’re young, but I think it will be a good one.

What I’m actually more excited about is a conversation I had with Asa yesterday. We were reading our Mealtime Devotions (before dinner because the chicken was taking for-ever) and the story was about Saul. They were comparing Saul to a caterpillar-turned-butterfly and one of the questions was, “Are you a caterpillar? Or a butterfly?”

Lydia said she was a butterfly. Then Asa, not understanding the simile said he was a caterpillar. (Why? “Because they are cute and fluffy.” That’s seriously what he said.) Then Lydia and I said something about how God changes our hearts the way caterpillars change to butterflies.

It was the sweetest little thing.

Then, Lydia got all excited and started dancing around and hugging him. That sorta broke the mood. 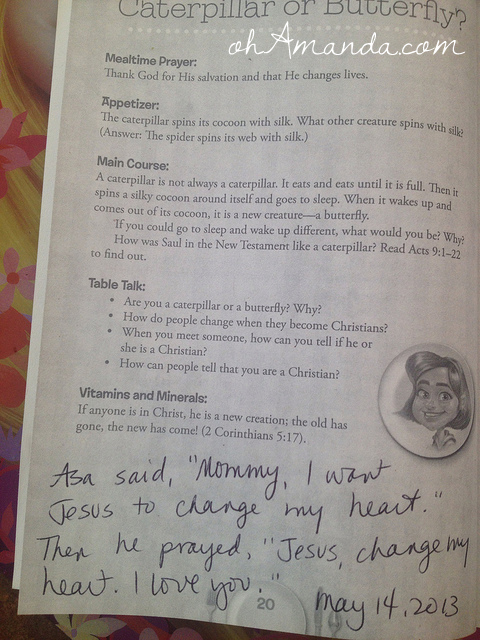 We talked a little more about why we want Jesus to change our hearts—so we could love, because of our sin, etc. He did not “get it” as much as I feel Lydia did when she asked me to pray with her. He’s younger for one thing. HOWEVER, he was as serious as he could be. He brought it up on his own. He prayed out loud on his own (which he doesn’t do a lot). He had a grin on his face from ear to ear when he was done.

I think we’ll probably hear a few more prayers from him as he grows up and gets more understanding. But my take on salvation (for kids and adults) is that God is the one that does the miracle. We don’t have to do more than say it and believe it. My Asa might not recognize the severeity of his sin, but he does love Jesus. He does want to obey Him. He does want to know that Jesus has changed his heart—whatever that means to him.

I do not diminish or doubt his little heart-felt prayer today. I rejoice as I believe the angels are rejoicing. I pray with thanksgiving, believing this is another step in a growing, maturing, dynamic relationship with his Heavenly Father.

More on praying for salvation for young children from my friend Heather at God-centered Mom and a few posts from me, Teaching Kids About Salvation (a series).

photo source: mondounc, purplified by me, arrows by rhonna designs